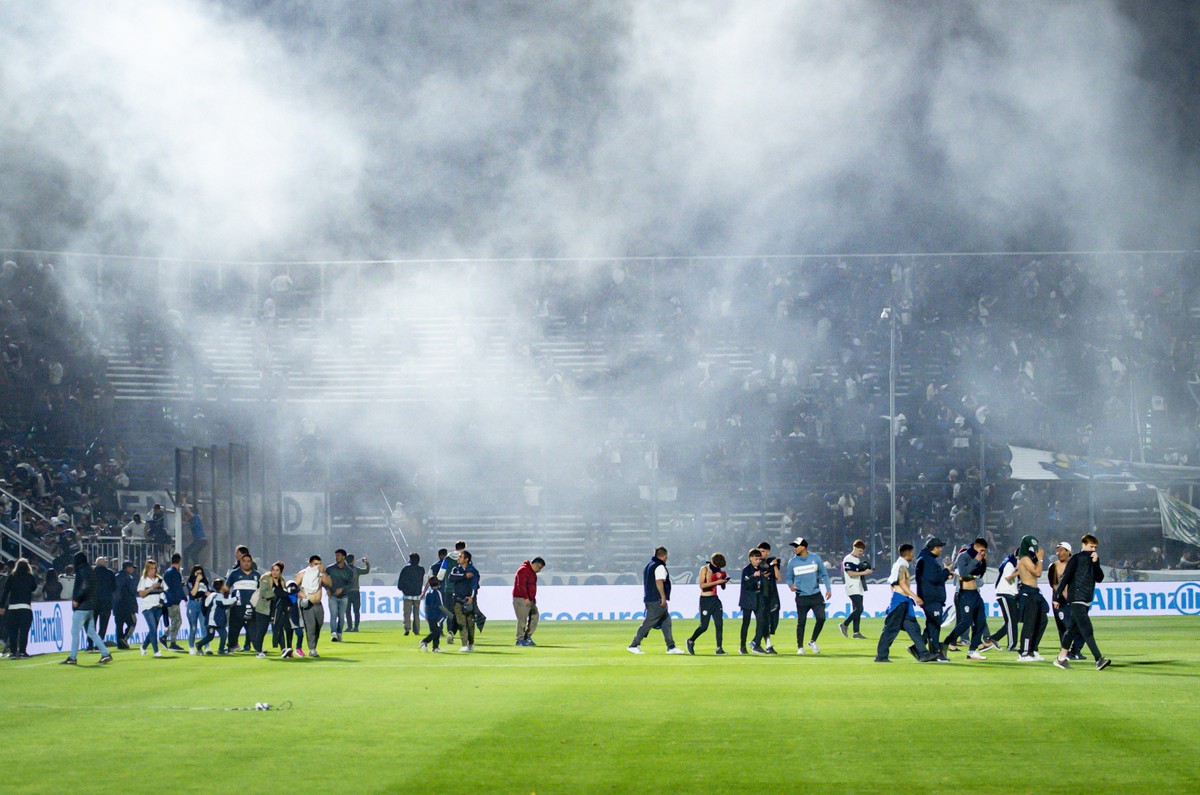 President of Gimnasia, about confusion in game against Boca: “I’ve never seen so much barbarity” | argentinian football

The president of Gimnasia de La Plata, Gabriel Pellegrino, broke his silence and criticized the confusion in Thursday’s game between Gimnasia and Boca Juniors for the Argentine Championship. The manager compared what happened with the times of violence between organized supporters of Argentine clubs. The match ended up being suspended after just nine minutes of ball rolling, due to a riot between police and fans of the home team, outside the Juan Carmelo Zerillo Stadium.

– I’ve never seen such barbarity. It was like the worst times when you crossed bars against bars. But here it was the police against the partners. We go back twenty years in the football ecosystem – said the president to radio “La Red”.

According to the Argentine Sports Violence Prevention Agency (Aprevide), the confusion was caused by overcrowding. Fans were barred from entering the stadium, and police used tear gas to disperse people.

The wind carried the gas into the field, which affected the players and the public in the stands, causing the game to stop. The referee later signaled the suspension of the game for lack of guarantees.

The riot caused the death of a Gimnasia fan: César Regueiro, 57 years old. He suffered a cardiac arrest during the scuffle. There was an attempt at resuscitation on the spot, without success.