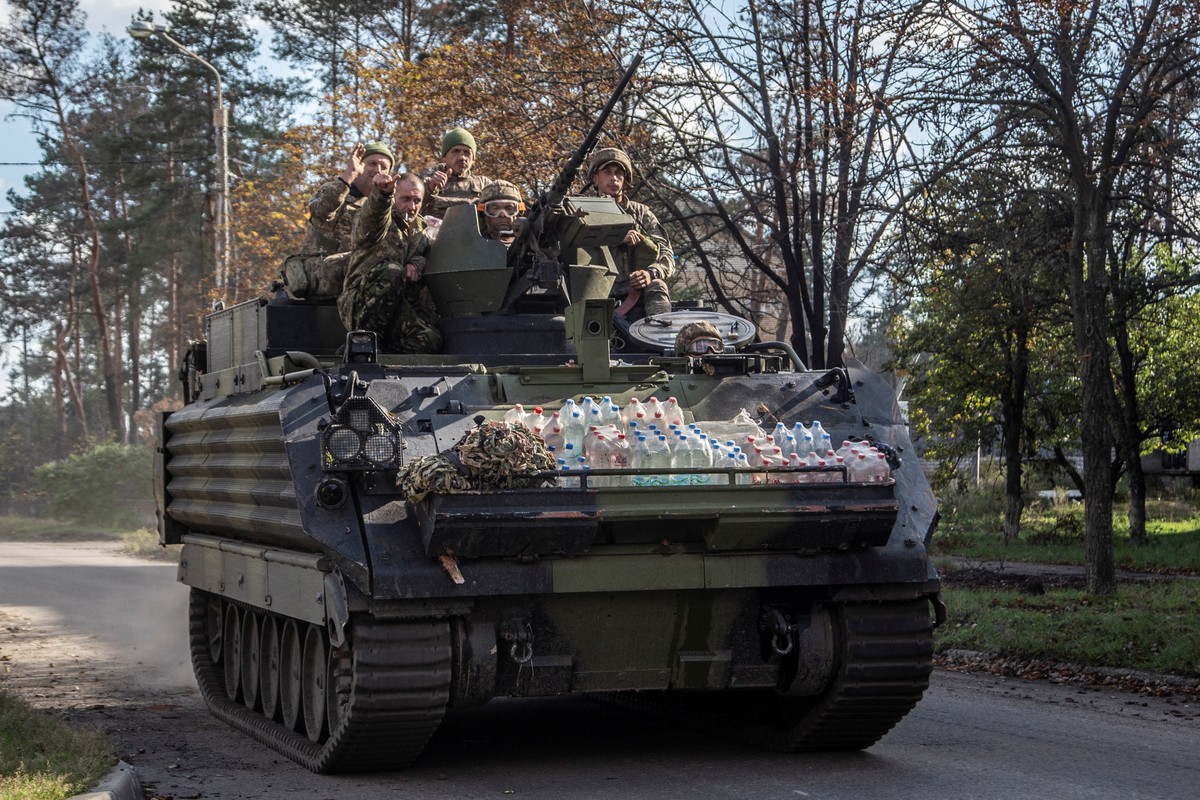 Ukrainian President Volodymyr Zelensky said on Friday that his country’s army had reconquered about 2,500 square kilometers of territory in its latest counter-offensive, launched at the end of September. These were regions that had been occupied by Russian forces at the beginning of the war.

“Just this week, our soldiers liberated 776 km² of territory in the east of our country and 29 cities, including six in Luhansk province. In total, 2,434 km² of our territory and 96 localities have been liberated since the beginning of this offensive,” he said. Zelensky in his daily speech posted on social media.

Changes in the Russian Army

Russia changed two commanders in its army in the last week.

The commander of the eastern military district, Colonel General Alexander Chaiko has been replaced, according to a report this Friday (7) by the Russian website RBC.

The RBC states that Lieutenant General Rustam Muradov has been appointed to head the eastern military district (the troops in that district are based in the Russian Far East, but much of that force is currently in Ukraine).

On Monday, the RBC reported that the commander of the western military district, Colonel General Alexander Zhuravlyov, had been replaced after Russian defeats in northeastern Ukraine.

In September, the deputy defense minister in charge of logistics, General Dmitry Bulgakov, was replaced.

In August, the state news agency RIA reported that the commander of the Black Sea fleet had been fired.