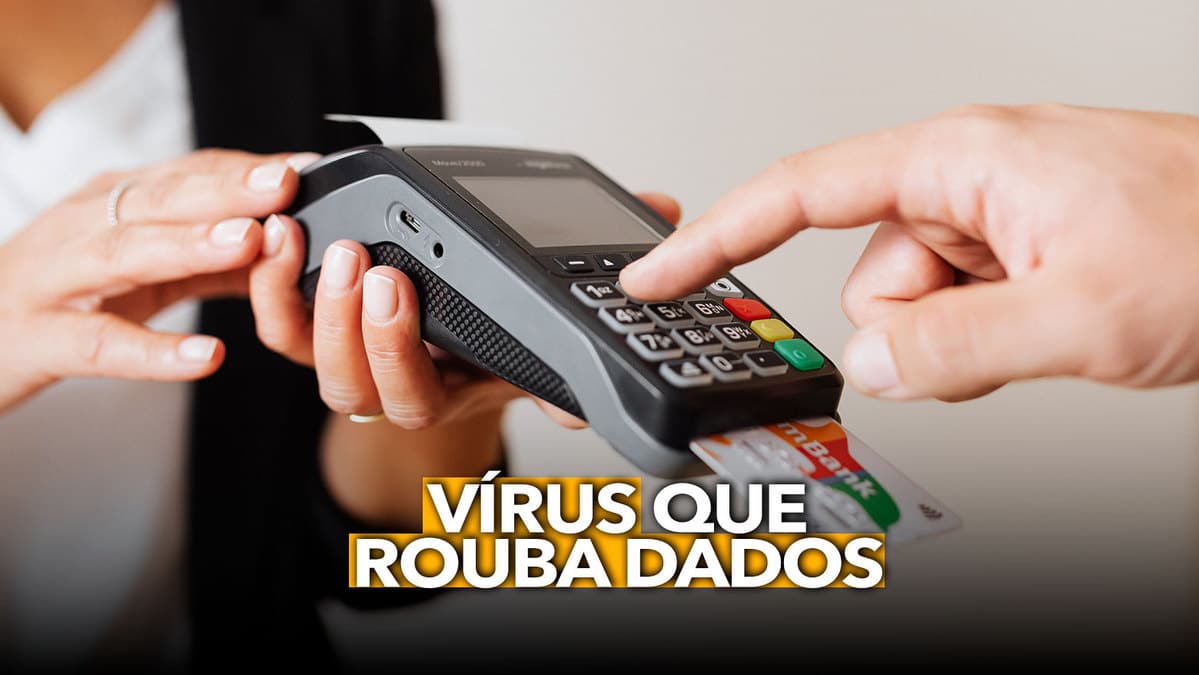 Virus STEALS credit card data: learn how to PROTECT YOURSELF!

Technology can bring many benefits to people, such as applications, streaming services, computers and cell phones, internet connection and much more. However, it is necessary for the population to be aware of the dangers that technology can present, as well, such as viruses that can invade the devices and that can end up causing damage. Now, the news that new victims have been claimed by a new virus is making the rounds on the Internet.

According to Kasperky, a company linked to the area of ​​cybersecurity, in recent days thousands of people have ended up being victims of a virus. This virus has the ability to steal credit card data, as well as stealing websites and social media accounts. According to the company, in Brazil alone there were about 10,000 victims. In the world, since the beginning of this year, the number of infections registered by this virus exceeds the mark of 45 thousand. See more below.

According to Kasperky, what happens is that the person downloads an application, but, in fact, he is installing the virus on his electronic device. The identification was made by the company, and the malware is called NullMixer. By downloading the program, which is actually the virus, the person becomes vulnerable and their personal information is exposed.

It is worth noting that the virus can be installed even when downloading documents in Microsoft Office or PDF, but they can also be executables (.exe, for example) or files (such as ZIP., for example). For that reason, it is necessary to be careful. This is because fraudsters can gain access to social network “cookies”, and identify the personal data used in that account, as well as forms of payment that have been saved.

In this way, fraudsters may be able to identify and steal credit card details that the person has saved. But there are some tips that can be useful for the person to try to protect themselves from the NullMixer virus.

See also: Check out 7 benefits that only the credit card offers; THESE are the advantages

How to protect yourself?

You need to be aware and know how you can protect yourself from the virus, so you don’t have your credit card details stolen. In this sense, there are some tips that can help the person not to fall into this situation. The first tip is to check the apps well before downloading them, to make sure that only apps from official stores are being downloaded.

What happens is that, in official app stores, there is an analysis and protection mechanisms that aim to identify whether apps can pose any danger to users. On the other hand, in unofficial stores these protective barriers may not exist.

In addition, it is also good to have an antivirus on the device, which can help in the quick identification of viruses that may be present on the computer or cell phone. And finally, the last tip is to always check your credit card history. With this, it is possible to verify that there has not been any transaction that has not been made by the holder.

See also: Did you know that it is possible to make purchases ABOVE the credit card limit? Understand how the practice works!

Previous Police indict Botafogo-SP players for sexual violence in RJ; one of them will answer for rape | Rio de Janeiro
Next New York declares state of emergency after thousands of immigrants arrive