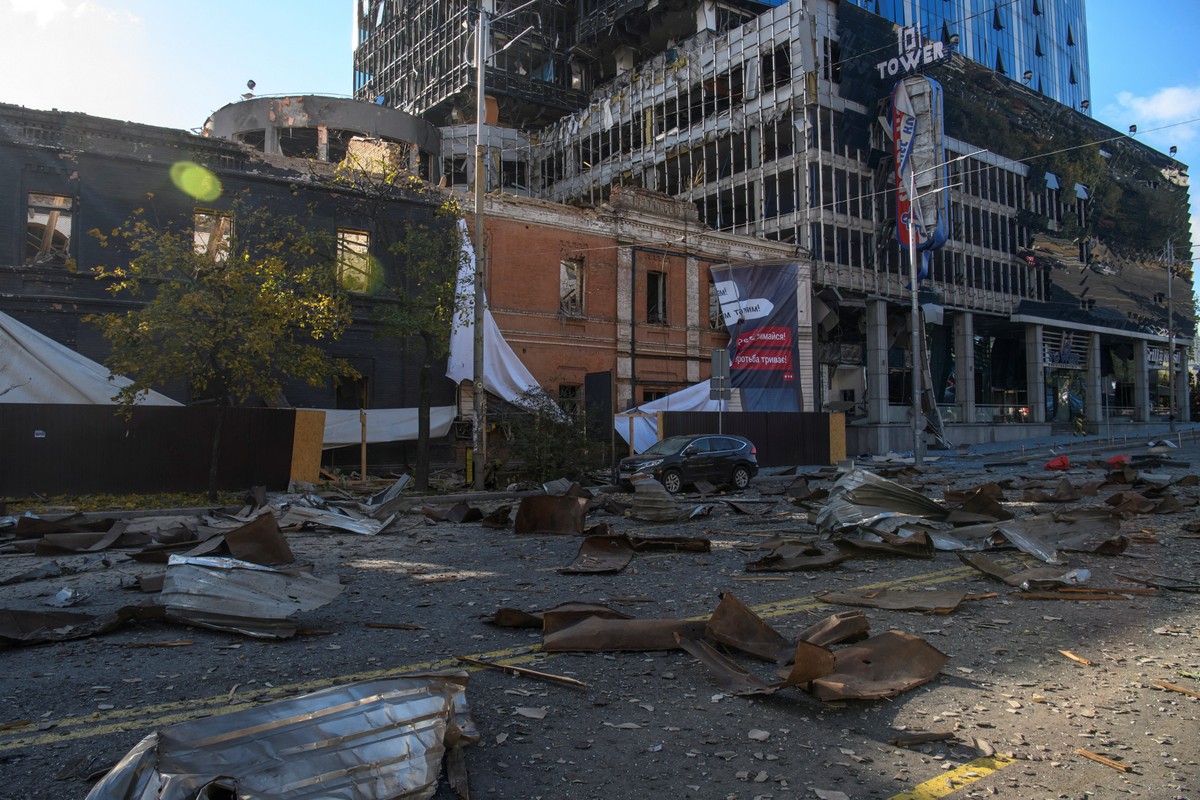 After Kiev attacks, Ukraine says it shot down more than 40 Russian missiles | Ukraine and Russia

Following a string of Russian bombings of Kiev, Lviv and other Ukrainian cities on Monday, the Ukrainian government said it shot down 43 Russian missiles, nearly half of those fired by Moscow troops.

According to Ukrainian Deputy Defense Minister Hanna Malyar, Russia fired a total of 83 missiles towards the main cities of Ukrainian territory this morning. Forty of them managed to hit the targets.

One of them was Kiev, the Ukrainian capital that Moscow had not attacked since earlier this year, when it agreed to withdraw its troops from the city and turned its focus to conquering eastern and southern Ukraine.

Also on Monday, Ukrainian President Volodymyr Zelensky. said he had spoken to European leaders as a matter of urgency to rally support for a counterattack on Russia.

Zelensky spoke on the phone with French President Emmanuel Macron and German Chancellor Olaf Scholz. Macron said he was “extremely concerned” about the new Russian offensive and said he was ready “to help in terms of military support”.

Olaf Scholz already discussed with Zelensky the possibility of a new summit of the G7 – the group of the richest countries in the world, which recently excluded Russia – as a matter of urgency.