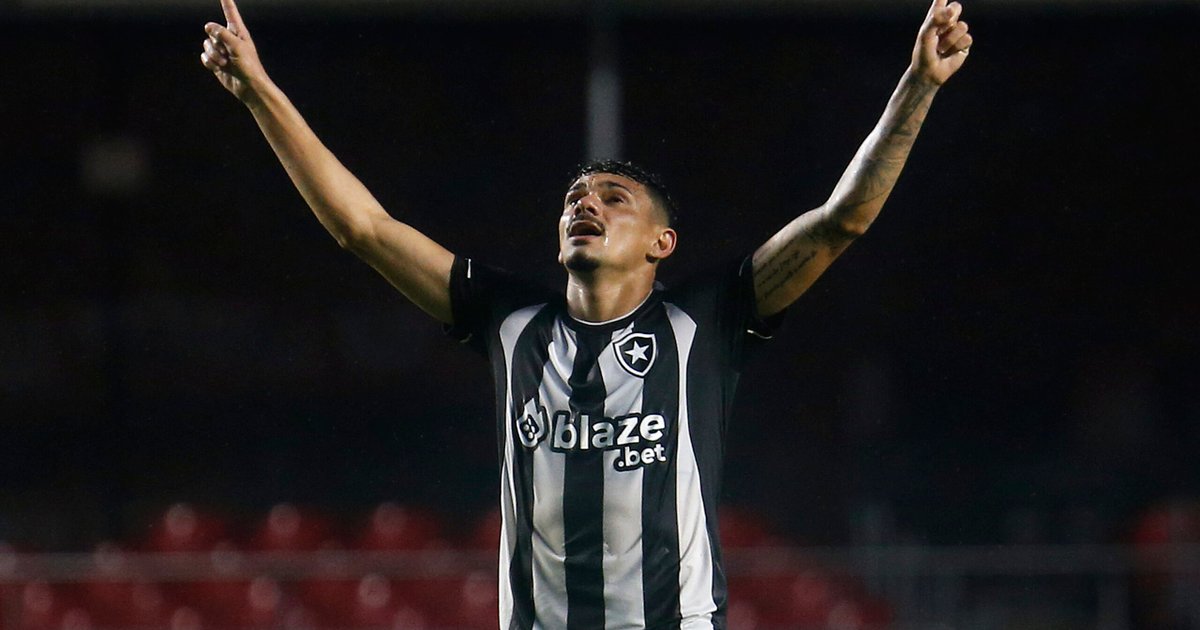 In which clubs would Tiquinho Soares start? Botafogo forward is the subject of debate on ESPN: ‘It would fit on a second shelf of attackers’

Tiquinho Soares was the subject of debate on ESPN’s “F90” show this Monday (10/10), the day after scoring the winning goal for the Botafogo over São Paulo, in Morumbi, for the 31st round of the Brazilian. The experienced striker, who has had a successful career abroad, is starting to attract the attention of the mainstream media.

At the press conference after the match at Morumbi, Botafogo’s coach, Luís Castro, said he was surprised that many Brazilians did not know Tiquinho before he was hired. the commentator Eduardo de Meneses gave the coach right and praised shirt 9.

– Luís, you’re right, because yesterday I went to research Tiquinho’s trajectory. The journalist has to have the humility to say that he doesn’t know, because we don’t know all the players in the world. He is a beautiful player, and coincidentally he is on the field during this period at Botafogo. It’s a pleasant surprise in this championship – assessed Edward.

the presenter Daniela Boaventura then suggested seeing which teams in the Série A Tiquinho Soares would start. right away, discarded Flamengo and Corinthians. The leader and virtual champion palm trees was also suggested.

– Tiquinho would be an option for (Rafael) Navarro, if Palmeiras played with a striker. If he was at Palmeiras, he wouldn’t have improvised Mayke in the attack and would have put Tiquinho – said Eduardo de Meneses.

the commentator Pedro Ivo Almeidain turn, evaluated that Tiquinho is an important piece for Botafogo and that the player is not available on the market, but he placed the alvinegro number 9 on the “second shelf”.

– He is not an alternative to the market. It’s a piece that was picked, well hired, and the reality of Botafogo today is not that any club will knock on the door and take it. In an exercise here, he would fit into a second shelf of forwards, of options for the top teams. He is exactly what Botafogo sought, the club will not sell him to the national market. The trend is for growth in Botafogo – said.