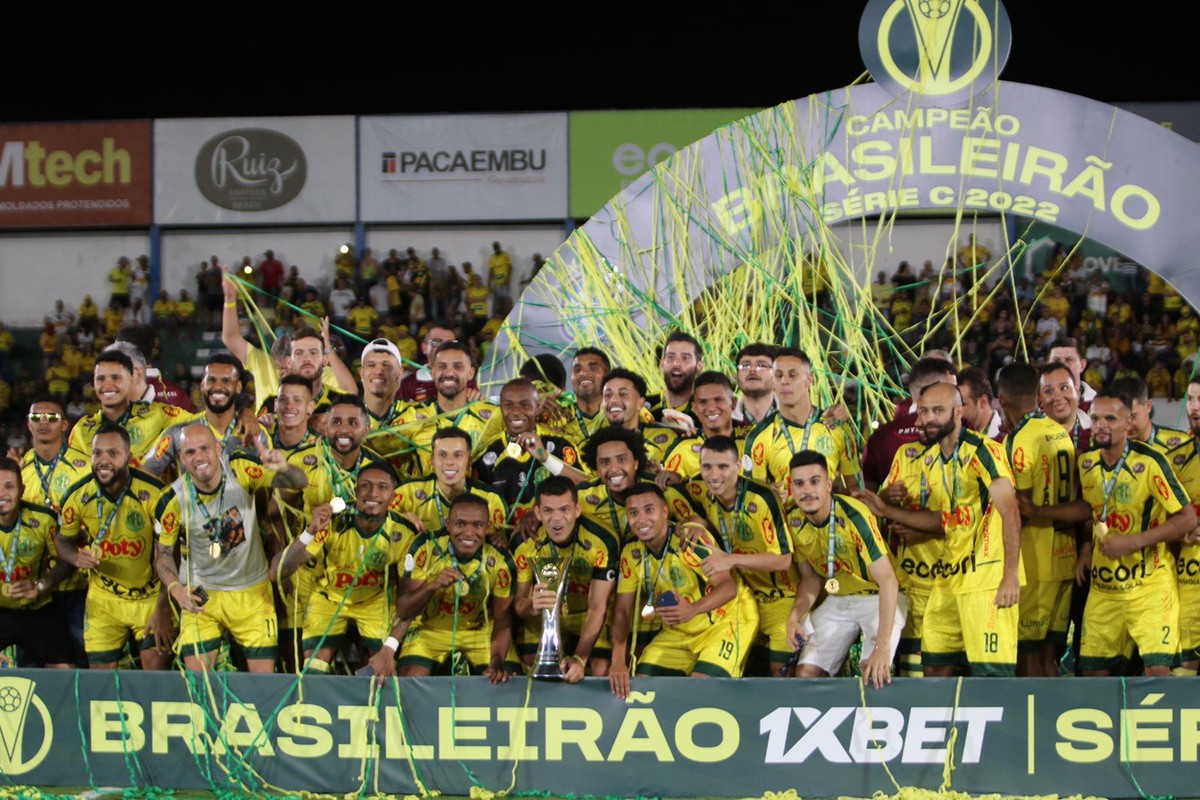 Mirassol conquers Series C and D in two years and joins the gallery of champions from different divisions; see which are the 23 teams | mirasol

In one year and eight months, Mirassol won two national titles and entered the gallery of champions from different divisions.

In February 2021, Leão lifted the Series D cup of the 2020 competition, but ended the following year due to the pandemic. Last Saturday, won the C Series after beating ABC 2-0. It is the first time that the 96-year-old club will play in the second national division.

Mirassol is the second team to reach Series B, after winning Series C and D. The other is Operário-PR, who won the titles in 2017 and 2018.

The team from the interior of São Paulo is the 23rd in the country to win titles in different national divisions. Before Mirassol, another that recently joined the gallery was Cruzeiro, four-time champion of the Brasileirão, who secured the Série B title six rounds to go.

The only team that has been champion of three national divisions is Sampaio Corrêa, who won Série B in 1972, Série C in 1997 and Série D in 2012.

See all champions from two or more national divisions:

Previous Till: The Quest for Justice – Film Scenes – Review
Next Learn how to read deleted messages on WhatsApp