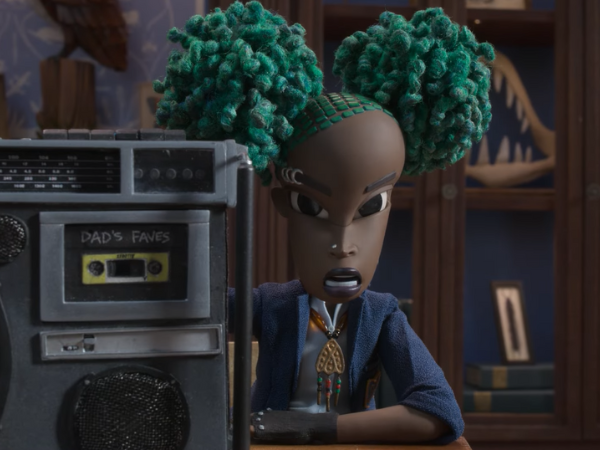 It’s coming! This Monday (10), Netflix released the first official trailer for “Wendell & Wild“, its new stop-motion animation. Directed by Henry Selick, nominated for an Oscar for “The Nightmare Before Christmas” (2003) and “Coraline and the Secret World” (2009), the film opens on the 28th.

The production follows the demon brothers Wendell (Michael-Keegan Key) and Wild (Jordan Peele), who enlist the help of teenager Kat (Lyric Ross), who carries a great deal of guilt, to lead them to the Land of the Living.

However, what the girl asks in return leads them on an adventure that defies the laws of life and death. In addition to starring, Peele also produced and co-wrote the screenplay alongside Selick.

In the video, we learn a little more about Kat’s troubled life, who is haunted by nightmares at night and acts rebellious during the day. When her demons begin to persuade her to bring an army of the undead to the mortal world, she must gather the strength to resolve the situation.

“My demons, my problems.”

“Wendell & Wid” made its world premiere during the Toronto Film Festival and will be the opening night film at the Animation Is Film festival, which takes place on the 21st in Los Angeles.

Previous Countries will disappear in less than 80 years because of climate change; know what they are
Next Rizek praises Botafogo’s campaign: ‘It lost four months of the year in relation to rivals. Brazilian who makes it so far is admirable’