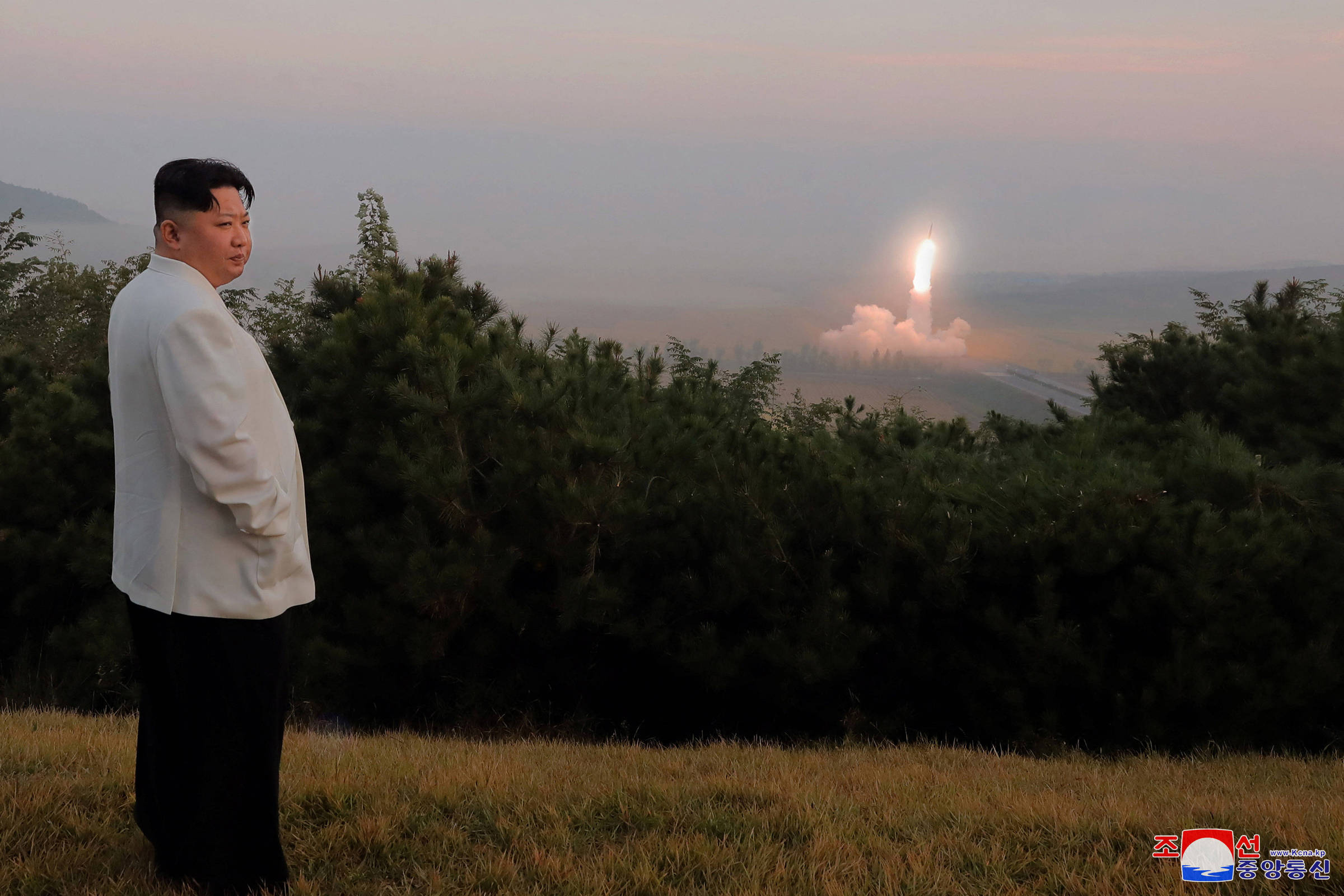 The North Korean dictatorship officially manifested itself this Monday morning (10), still Sunday night (9) in Brazil, about the series of missile launches it has made in recent days. The tests even raised alarm in Japan, where a projectile flew over the territory for the first time since 2017, and prompted the United States and South Korea to respond with military exercises.

According to a statement from state news agency KCNA, North Korean dictator Kim Jong-un oversaw and led “tactical nuclear training operations” between September 25 and October 9 — a period that spans a series of at least seven most recent launches; throughout the year, there were more than 20. This Sunday, an exercise fired two projectiles.

Kim said he would strengthen the country’s military actions and saw no need to “talk to his adversaries”, an obvious and direct reference to the pressure exerted by Washington, Seoul and Tokyo. The tests would be, according to this version, a simulation of a multiple attack that would flood South Korea with tactical nuclear weapons.

Among the possible targets in Seoul would be military installations, ports and airports.

Also according to the statement, the projectile launched on Tuesday (4), which flew over Japan, would be a newly developed ballistic missile, with the aim of providing “stronger and clearer alerts” of deterrence to enemies. Analysts polled by Reuters said the equipment shown in the photos released now – which do not detail the date or location – show what appears to be a new projectile.

At the time, preliminary analysis indicated that the shot would be from an intermediate-range Hwasong-12 model. The trajectory, until it fell into the sea 4,600 km after the launch point, was the furthest a North Korean nuclear-capable missile has ever flown.

In previous ballistic tests, the weapon was fired at an angle where it flew at high altitudes and then descended, thus making it possible to estimate how far it could go. Now, it was for real, and from the performance it is known that the American base on the island of Guam is within its reach.

Panic broke out in towns on the island of Hokkaido, where residents were alerted via cellphone messages to seek shelter as a missile was in the air.

“The effectiveness and combat capability of our nuclear combat force has been fully demonstrated; it is completely ready to strike and destroy targets at any time and in any location,” Kim said, according to KCNA. “Even if the enemy continues to talk about dialogue and negotiations, we have nothing to talk about and we don’t feel the need to.”

The photos released by the dictatorship also show KN-25 and KN-23 missiles, launchers on land and on submarines.

On Tuesday itself there was a first reaction, with the US flying in attack formation of its and Japan’s fighter jets in the Yellow Sea and with South Korea test-bombing fighter jets and firing four missiles along with US forces.

Subsequently, Washington sent the aircraft carrier USS Ronald Reagan close to the Korean peninsula, in yet another show of force against Pyongyang’s provocations. North Korea condemned the displacement of the vessel and the American attempt to take the case to the UN Security Council.

Hours after making the criticism, he launched two more missiles, calling the actions a counter-offensive measure. On Thursday, he completed the daily escalation of tensions by carrying out a rare bombing exercise along the South Korean border.

Over the year, Kim’s dictatorship has stepped up testing to a level not seen since 2017. Analysts see the move as an attempt to force the reopening of negotiations with rivals, and there are fears that Pyongyang will carry out a new nuclear test as soon as possible. as in 2017, to get the attention of the West.

The crisis is also part of the Cold War 2.0 between the US and China, in which Beijing has Vladimir Putin at its side, and the Ukrainian War, which the Russian started in February. The US accused the rivals, in a meeting of the Security Council of the United Nations, of technologically fomenting Kim to be able to carry out their provocations.