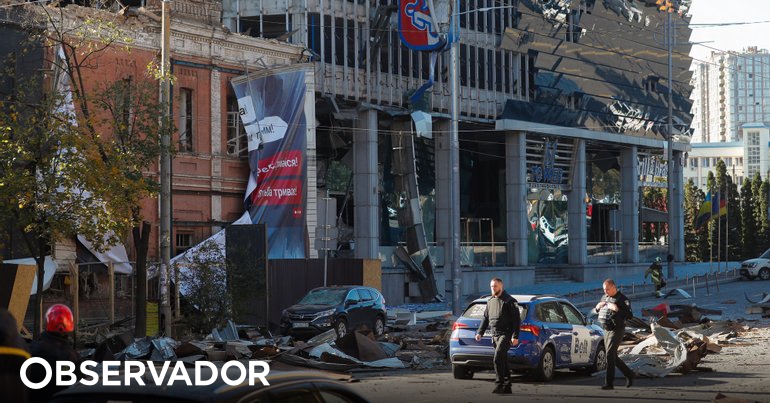 On the day it attacked Ukrainian cities, Russia accuses Kiev of “terrorist acts” and “terror campaign against civilians” – Observer

UN: Russia accuses Ukraine of “terrorist acts” and “campaign of terror against civilians”

Vasily Nebenzya, the Russian ambassador to the United Nations, accused Ukraine of carrying out a “campaign of terror against civilians” and threatening the world with nuclear war.

Before the General Assembly of the United Nations, Nebenzya commented on the proposed motion condemning Russia for the annexation of the territories of Donetsk, Lugansk, Zaporyjia and Kherson. “A campaign of complete terror against civilians is being carried out by Ukrainian forces”, accused the Russian ambassador, also blaming Kiev for “a series of provocations in Irpin, in Bucha, from which Russian forces left in April as goodwill gesture”.

“[O Presidente ucraniano Volodymyr] Zelensky appealed to NATO to carry out a preemptive nuclear strike, threatening us all with World War III and a nuclear war,” Nebenzya also accused.

The Russian ambassador also spoke about the attack on the Kerch Bridge in Crimea, which he called an “act of sabotage”. “The Kiev regime thus places itself at the level of the most despicable terrorist organizations,” he declared.

9:35 pm Corrected entry to clarify that the motion to be voted on is about Russia’s annexation of Ukrainian regions and not because of Monday’s attacks

Previous At sign! YouTube will offer a new identifier ‘@username’ for all users
Next Julia Roberts Says Kissing George Clooney In Movie Was ‘Uncomfortable’, Explains Why | Series on Stage