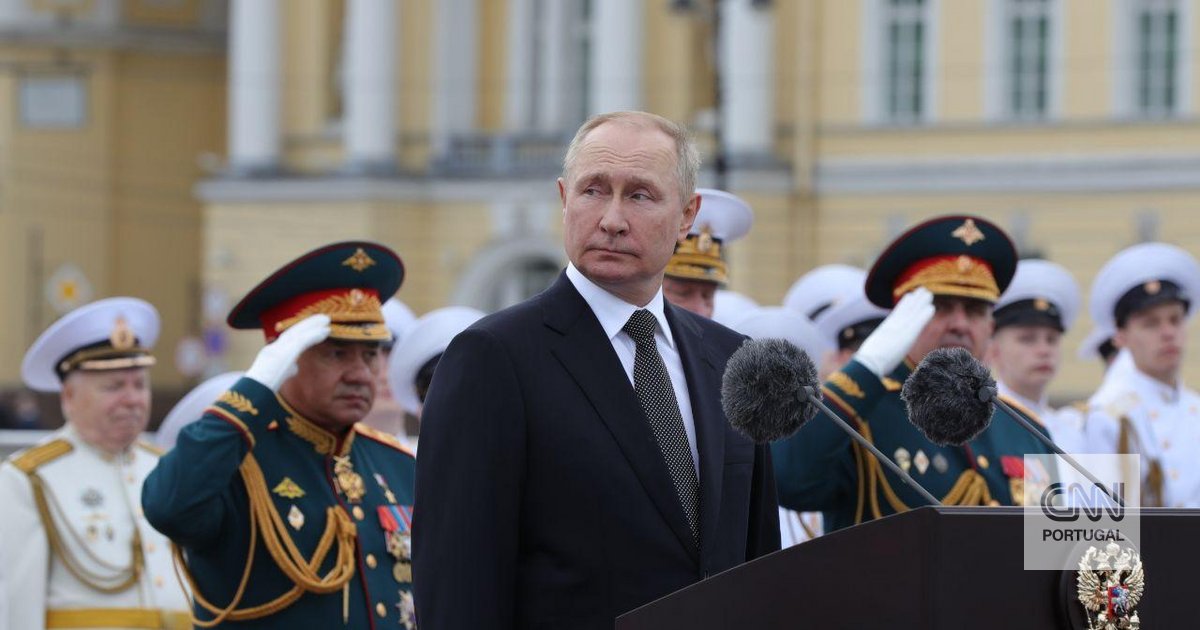 “Our people are not stupid.” Wartime failures expose Russia’s leadership

ANALYSIS. Truth, the saying goes, is the first casualty in war. Nowhere is this truer than in Russia, where the Kremlin has engaged in a deceptive advertising campaign to sell its invasion of Ukraine to the public.

Russian President Vladimir Putin launched the campaign as a “special military operation” – not a war – and told citizens they could essentially forget about the conflict in Ukraine. Amateur recruits, he falsely promised, would not fight, and military operations would be left to professionals. Putin’s Defense Ministry has been touting commonplaces about progress on the battlefield, picking out key points from a speech that were quickly parroted by Russian state television.

But a curious shift is under way in Russia’s tightly controlled information space. Ukraine’s military has made dramatic advances in a counteroffensive, making it increasingly difficult to hide Russian military losses. And Putin last month declared a partial military deployment, sending a message to the general population that their leader was giving his all in Ukraine, and that sacrifices are now on the table.

Against this backdrop, Russia has seen some unusual public criticism of those primarily responsible for Putin’s war. Within limits, of course: criticizing the war itself, or Russia’s commander-in-chief, is off limits, but those responsible for carrying out the President’s orders are at stake.

In a recent interview with Russian arch propagandist Vladimir Solovyov, the head of the defense committee in the Russian State Duma demanded that officials stop lying and come to terms with the Russian public.

“First and foremost, we need to stop lying,” said Andrei Kartopolov, a former colonel general in the Russian armed forces and a member of the pro-Kremlin United Russia party. “We’ve talked about this many times before… But somehow, apparently, this isn’t getting to higher individual figures.”

Kartapolov complained that the Defense Ministry was evading the truth about incidents such as the Ukrainian cross-border attacks in Russian regions neighboring Ukraine.

“Our Russian city of Valuyki… is under constant fire,” he said. “We know this with all kinds of people, with governors, Telegram channels, our war correspondents. But nobody else. The Ministry of Defense reports don’t change in substance. They say they destroyed 300 rockets, killed Nazis and so on.” But people know. Our people are not stupid. But they don’t even want to tell part of the truth. This can lead to a loss of credibility.”

Valuyki is in the Russian region of Belgorod, close to the border with Ukraine. Kiev has generally adopted a no-confirm-no-deny stance when it comes to hitting Russian targets across the border.

Some criticism has also come from Russian appointees who have been installed by Moscow to run occupied regions of Ukraine. In a recent four-minute complaint on the Telegram messaging app, Russian deputy leader of the occupied Kherson region of Ukraine, Kirill Stremousov, criticized Russian military commanders for allowing “gaps” on the battlefield, which had allowed the Ukrainian military to advance. in the region, which is illegally claimed by Russia.

“There is no need to somehow cast a shadow over the entire Ministry of Defense of the Russian Federation because of some, I won’t say traitors, but incompetent commanders, who did not care, and were not responsible, for the processes and loopholes that exist today,” said Stremousov. “In fact, many say that the Defense Minister [Sergei Shoigu], who allowed this situation to happen, could, as an officer, shoot himself. But, you know, the official word is a word unknown to many.”

A provocative statement, perhaps – Stremousov may have in mind the fact that troubled leaders of Russian-backed separatist entities have a habit of dying violently – but some of this criticism is not new. Just weeks after Putin launched a full-scale invasion of Ukraine, one of his top domestic enforcers, Chechen Ramzan Kadyrov, urged the Russian military to expand its campaign, suggesting that Moscow’s approach had not been brutal enough.

But after Russia’s withdrawal from the strategic Ukrainian town of Lyman, Kadyrov has been much less shy about naming names when it comes to blaming Russian commanders.

Writing in the Telegram, Kadyrov personally blamed Colonel-General Aleksandr Lapin, the commander of Russia’s Central Military District, for the disaster, accusing him of pulling his headquarters away from his subordinates and failing to adequately provide his troops.

“It’s not a shame that Lapin is mediocre, but the fact that he is covered at the top by the leaders of the General Staff,” said Kadyrov.

The Institute for the Study of War (ISW), a US-based think tank, noted that setbacks on the Russian battlefield, along with Russian society’s unease with mobilization, “was fundamentally changing the space of Russian information”. This included strong criticism not only from power “hawks” like Kadyrov, but also from pro-war bloggers who often provided a granular picture of battlefield realities for Russian forces.

“Russian information space has significantly deviated from the favored narratives of the Kremlin and the Russian Ministry of Defense that things are generally under control,” noted ISW in its recent review.

“The current onslaught of criticism and reporting of military operational details by Kremlin propagandists has been resembling the rant by bloggers over the past week. The Kremlin narrative had focused on general statements of progress and avoided detailed discussions of current military operations. The Kremlin had never openly acknowledged a major failure in the war before its devastating loss in Kharkiv Oblast, which prompted the mobilization of the partial reserve.”

One of the central features of Putinism is a fetish for World War II, known in Russia as the Great Patriotic War. And those in Russia’s war party often speak with great admiration of the brutal tactics used by the Red Army to fight Hitler’s Wehrmacht, including the use of punishment battalions – sending soldiers accused of desertion, cowardice or hesitation against German positions as meat for cannon – and the use of summary execution to put an end to unauthorized retreats.

Kadyrov – who recently announced that he had been promoted by Putin to the rank of colonel general – has been one of the most prominent voices defending the draconian methods of the past. He recently said in another Telegram post that if he had his way, he would give the government extraordinary powers in time of war in Russia.

“Yes, if it were my will, I would declare martial law throughout the country and use any weapon, because today we are at war with the entire NATO bloc,” Kadyrov said in a publication that also seemed to echo the not-so-subtle threats of Putin that Russia may contemplate the use of nuclear weapons.

And that’s what’s worrying. In Russia’s bellicose information space, the conversation isn’t about ending a horrific and wasteful war: it’s about righting the wrongs that forced a Russian retreat, reinforcing discipline, and stepping up in Ukraine.