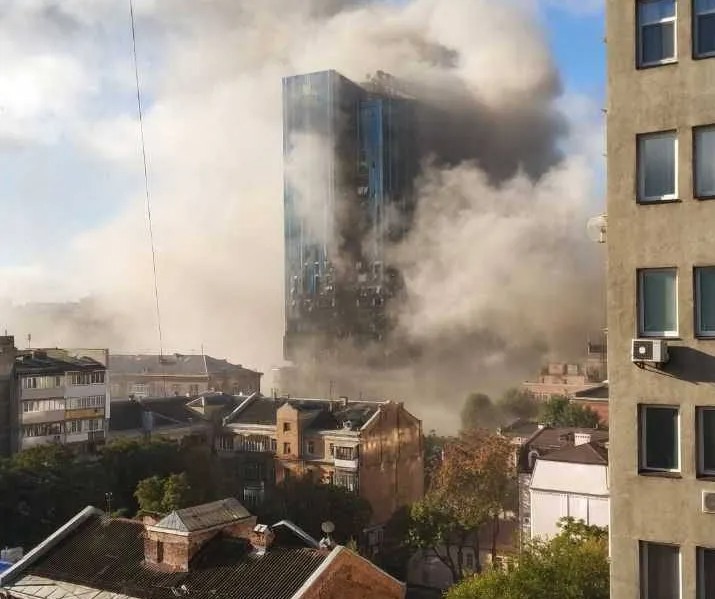 In the midst of the Ukrainian War, which has been going on for almost eight months, Russia once again bombed the Ukrainian capital Kiev with a series of missiles on Monday (10). The military action was a response to the explosion on the Crimean bridge by the Ukrainian Armed Forces last Saturday (8).

There were at least 75 missiles that damaged buildings in cities in the west of the country, such as Lviv, Ternopil, and Jitomir. Among the companies impacted by the bombing is Samsung. The company released an official statement stating that no employees were injured. According to Samsung, the explosion occurred 150 meters from the main office building. Check out the official statement below:

“We can confirm that none of our Samsung Ukraine employees were injured. Some of the windows in the office were damaged due to the impact of the explosion that occurred 150 meters away. We remain committed to ensuring the safety of our employees and will continue to closely monitor the situation .”

Although many brands have left the country, this is the first time that a multinational’s infrastructure has been compromised during the conflict. Samsung has not yet said whether it will continue to operate in the country, but it must carry out remote work until the building’s security conditions are confirmed or until bombing forecasts cease.

None of the countries involved in the conflict has made a statement about the damage the company has experienced. However, it is possible that was not an attack directed at the company, as it took place 150 meters away.

This is Russia’s first attack on Ukraine since June, actually working as a retaliation for what happened in Crimea, a peninsula annexed to Russian territory in 2014. The bridge was inaugurated in 2018 by Vladimir Putin and is considered one of the greatest works of his government, which has lasted for two decades — some sections of the bridge were damaged.

Samsung is one of the big tech companies that has restricted operations in Russia in protest of the war that began in February this year.