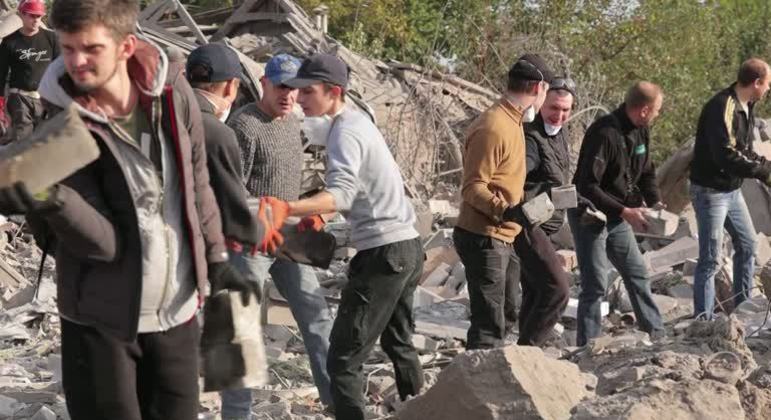 Russian troops attacked the southeastern Ukrainian city of Zaporizhzhia with 12 missiles on Sunday, local officials said, reporting the deaths of at least 12 people.

Three missiles destroyed several isolated houses in a suburb of the city.

One of the suburban residents, Lyudmyla, 38, told Reuters she woke up to three explosions at 1:30 am (GMT).

“There was a roar, the doors… My brother came yelling, ‘Wake up the children!’ I woke the kids up, put them all in a bed and covered them with everything I could find,” she said, adding that her roof and a window were damaged by the blast.

His 10-year-old son Bohdan also said a loud noise woke him up after his mother covered him with her arms.

Bohdan added that he does not understand why Russia attacked his neighborhood with missiles.

The city of Zaporizhzhia, about 52 km from a Russian nuclear power plant that is the largest in Europe, has come under frequent bombing in recent weeks.

Previous Asteroid that decimated dinosaurs caused tsunami with waves of more than 4 km, study shows
Next Meet the cast of the Netflix series

Skin and skull of the last known thylacine have been identified, solving a decades-long mystery. …