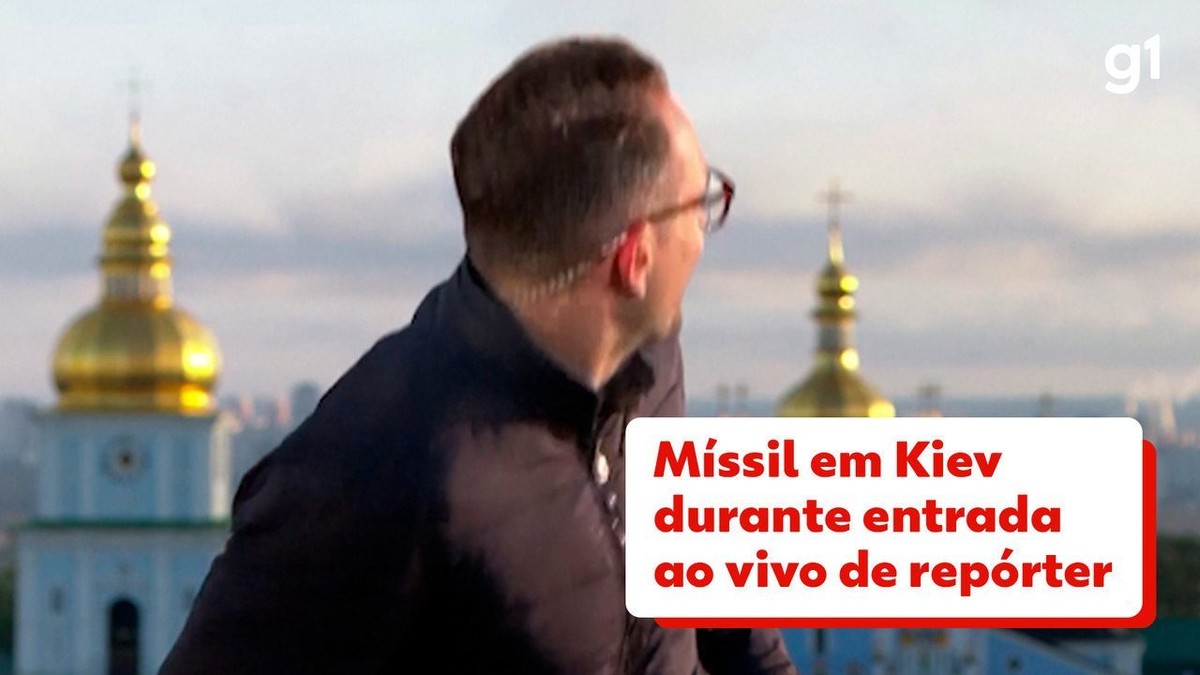 A Brazilian journalist was making a live entry from Kiev, Ukraine, this Monday (10), when he was surprised by a missile fired by Russian forces against the Ukrainian capital.

The missile was one of the first launched by Russia this morning in an offensive that is already considered one of the worst attacks on Kiev since the start of the war in Ukraine on February 24. According to police, ten people died and 60 were injured.

Reporter Hugo Bachega, who is a BBC correspondent in Kiev, was speaking live on TV when he heard noises and, subsequently, an explosion a few meters from the hotel where he was staying.

Soon after, Bachega left the post to seek a safe place, and the transmission was interrupted. According to the BBC, contact with the Brazilian reporter was only re-established after an hour. He and the cameraman doing the broadcast went to the hotel’s underground bunker.

After more than three months without attacks, Kiev was again heavily bombed by Russia on Monday (10). It was one of the worst attacks on the Ukrainian capital since the start of the country’s war.

Moscow has also attacked other major cities in the country, signaling a new phase of escalation in the seven-and-a-half-month war.

Russian President Vladimir Putin said the missiles launched on Monday were part of a “strong response” his troops will make to Saturday’s bombing of a bridge in Crimea, the Ukrainian peninsula annexed by Russia in 2014. Putin blamed Ukraine for the explosion and threatened further attacks.

The Ukrainian leader, Volodymyr Zelensky, denied and accused Russia of wanting to cause panic and chaos in his country.

Previous What is X, the mysterious ‘super app’ that Elon Musk wants to create if he buys Twitter | Technology
Next Anne Keothavong hopes Emma Raducanu will be fit for Billie Jean King Cup finals