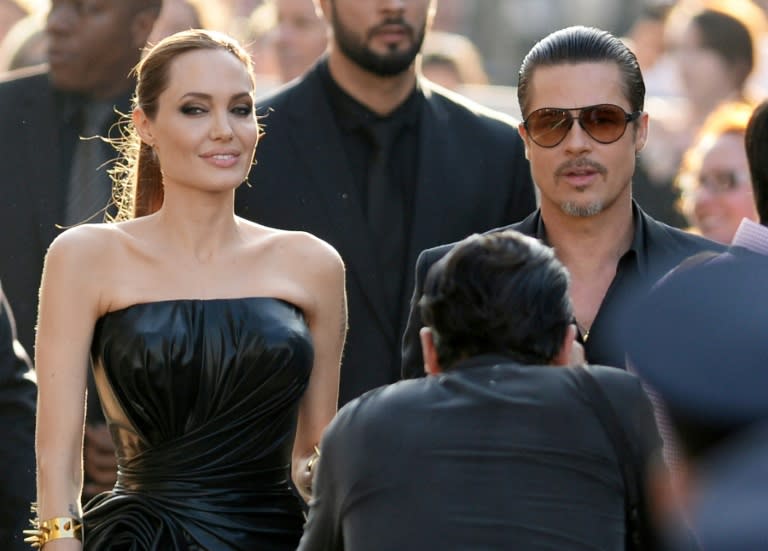 Angelina Jolie has detailed the alleged aggressions of her ex-husband Brad Pitt, as part of a legal dispute over a property they both shared in France, according to court documents cited by the American press on Tuesday (4).

The 47-year-old star claimed in the document filed with a court in Los Angeles that Pitt assaulted her and two of her children on a private flight in September 2016, when the Hollywood actors were still married.

“Pitt grabbed Jolie by the head and shook her, then grabbed her shoulders and shook her again before pushing her against the bathroom wall,” the text reads, according to Variety. “Pitt hit the roof of the plane several times, forcing Jolie out of the bathroom.”

“When one of the children verbally defended Jolie, Pitt attacked his own son and Jolie grabbed him from behind to stop him,” the court report adds.

“To free himself from Jolie, Pitt threw himself back against the seats, injuring Jolie in the back and elbow,” he details.

“Pitt hanged one of the children and hit another in the face. Some children asked him to stop. They were very scared. Several were crying.”

The actor, who has accumulated decades of Hollywood successes, was investigated by federal authorities, the document continues, but no charges have been filed. AFP reached out to Pitt’s representatives to comment on the latest allegations, but there was no response.

The new revelations that reverberated in the American press on Tuesday are part of a counter-process by Jolie in the midst of a legal dispute over a vineyard in France that belonged to the couple.

Pitt filed a lawsuit in February, claiming that “Jolie sought to inflict harm on him” with the sale, and described Shefler as “a stranger with poisonous associations and intentions.”

The registered documents then state that Shefler “has personal and professional relationships with people in Vladimir Putin’s inner circle.”

Yuri Shefler, whose Stoli Group is based in Latvia, has long been a critical voice for Putin.

Pitt also stated that the couple had reached an agreement not to sell their share without the consent of the other, a version that Jolie denies. The actress argues in the new documents that Pitt made her purchase conditional on signing a confidentiality agreement that would “prohibit her from talking about the physical and emotional abuse” allegedly caused by the actor.

A source close to the case told AFP that Jolie decided to sell her share of the property because neither she nor her children “could return” to Chateau Miraval, and that the actress made several offers to her ex-husband before closing the deal with Shefler. .

According to this source, Pitt’s lawsuit “is part of a false narrative” and “the truth has not yet come out.”

Pitt and Jolie became a couple after playing killers in the 2005 movie “Mr and Mrs Smith”. At that time, Pitt was married to Jennifer Aniston.

Previous Facebook and Instagram say they removed 600,000 content for violence and hate speech before the 1st round | Technology
Next Corinthians x Flamengo: aerial ball and individual errors can decide the final of the Copa do Brasil; see analysis | Brazil’s Cup