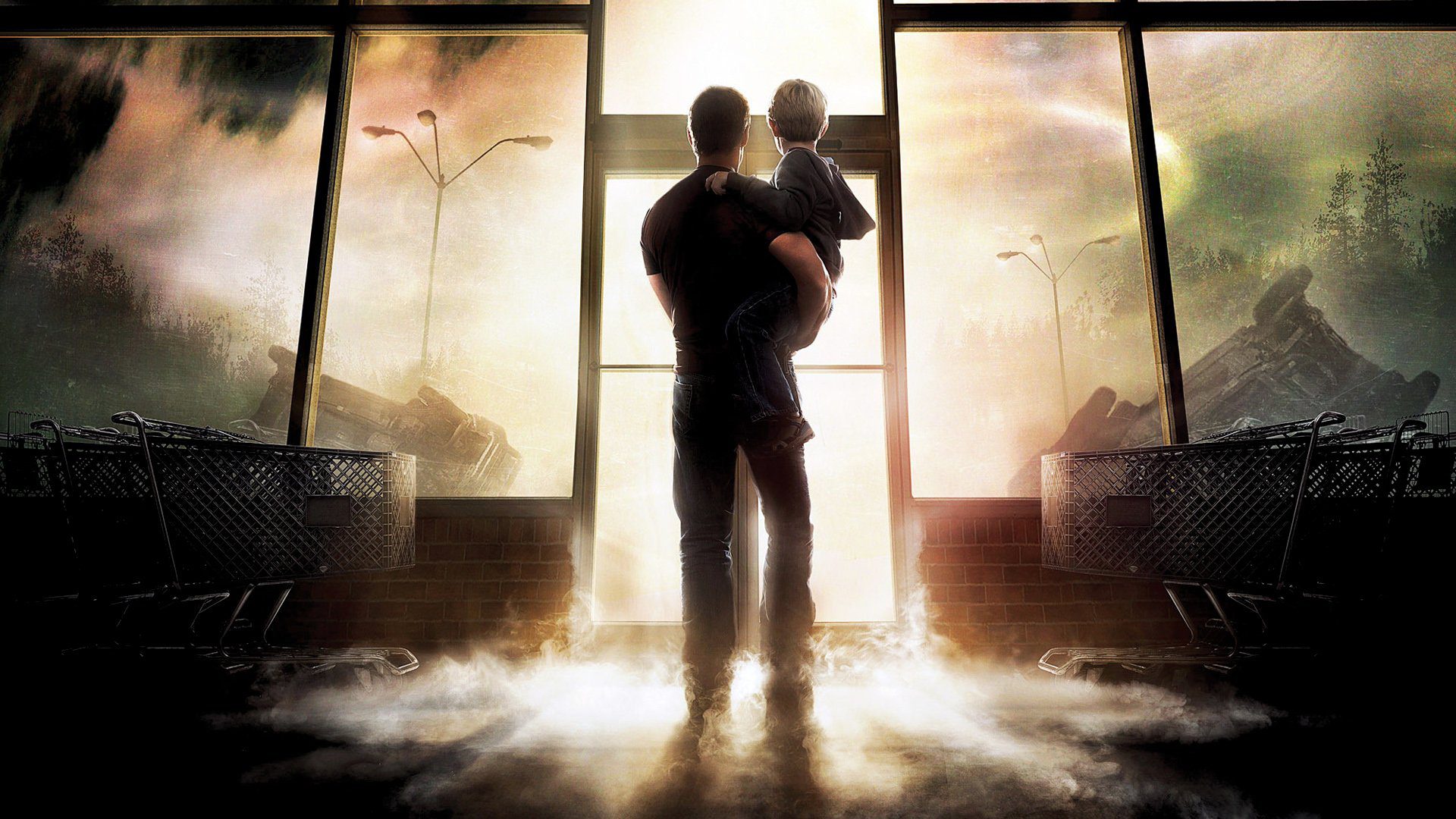 Article | ‘The Mist’, adaptation by Stephen King, is a powerful analysis of human barbarism

There is something inexplicable about ‘The fog’. Something as mysterious and powerful as the inexorability of time itself – a mixture of terror, anguish and animosity that sometimes gives way to a constant feeling of danger and incompleteness. This is perhaps the most analytical work of Stephen King with regard to society, painting a dissertation on how the fear of the unknown is associated with human primitivism and how people’s behavior changes in chaotic situations – and this starting from a series of film adaptations essentially of the horror genre (‘IT: The Thing, ‘Carrie’, ‘The illuminated’ and others).

The story revolves around a small town in the United States that is beset by a mysterious mist. A priori, this premise seems a bit silly and simple, but this feeling soon gives way to the purest feeling of anguish and terror as the secrets that the fog brings are revealed to the small group of residents who take refuge in a “safe” and claustrophobic supermarket.

However, let’s go back a few minutes earlier to analyze how the succession of strange events contributed to a predetermination of the actions of its protagonists. The prologue, shot in a very well-constructed long shot, introduces us to one of the main characters, David (Thomas Jane), and his dark and creative personality – represented by the countless paintings that fill his studio. Moments later, he, his wife and son are getting some supplies to go down to the basement as a way to protect themselves from a major storm that eventually brings a series of small destructions to their abode and the citadel itself. 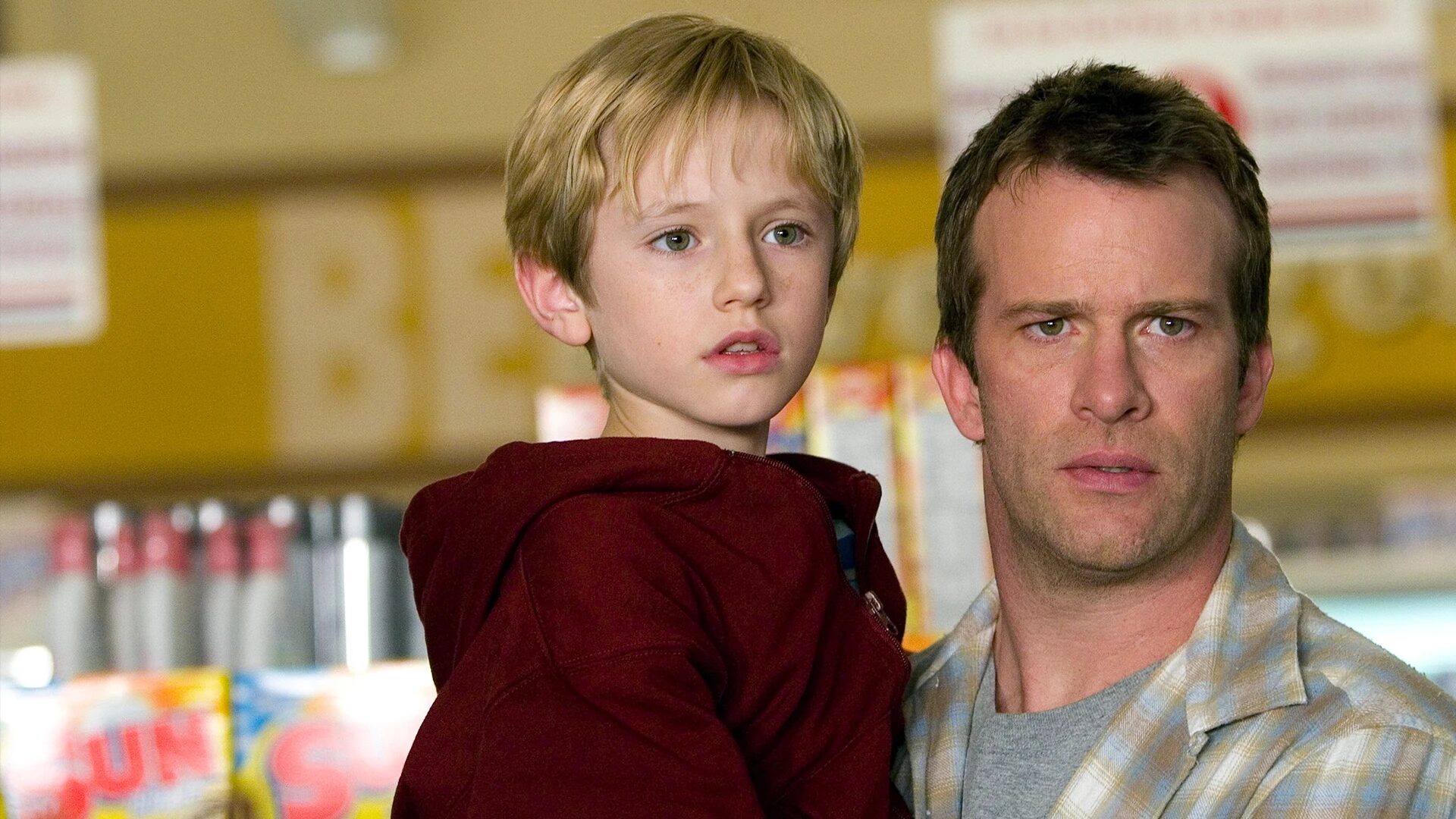 This introduction is important for naming the cards in the game. It is said that after chaos comes calm – but in ‘The fog’, this peacefulness gives way to an end-time warning that gradually blinds everything and everyone around it. The trail of destruction left by the strong winds and rain is constant until the characters arrive at the main scenario, not before seeing several military convoys cross the limits of the municipality in a hurry and bringing the air that something was wrong. Like them, we are in an endless constant that makes us wonder what we can expect over the course of the film, and how an almost unbreakable routine would be impacted in such a terrible and unexpected way.

“There’s something in the fog!” shouts an old man, running away from the smoke spreading across the city and slamming into the shelter, moments after a terrifying alarm sounds everywhere. Frank Darabont enters as an essential agent for the architecture of a purely tense atmosphere, whether with its more closed frames or even with a montage that reminds us of a documentary aesthetic and at the same time transgressive. After all, the idea here is to move away from the general gaze and provide a more intimate perspective, preventing the viewer from seeing everything clearly – in the same way that the characters are faced with white blindness.

It doesn’t take long before we realize that the event brings even more dangers to that place. It turns out that the mist brings with it extradimensional and extremely dangerous creatures, without any comparison to those we know. The narrative soon jumps from a drama to a sci-fi compilation that fortunately doesn’t overshadow its metaphorical aesthetic, but rather adds a few more layers of complexity to the message it wants to convey. It is not known for sure why all that is happening – and this is not even the focus: the idea here is experimental and laboratory, following the steps of an anthropological thesis to analyze what happens when a group of individuals find themselves in a situation of life or death. 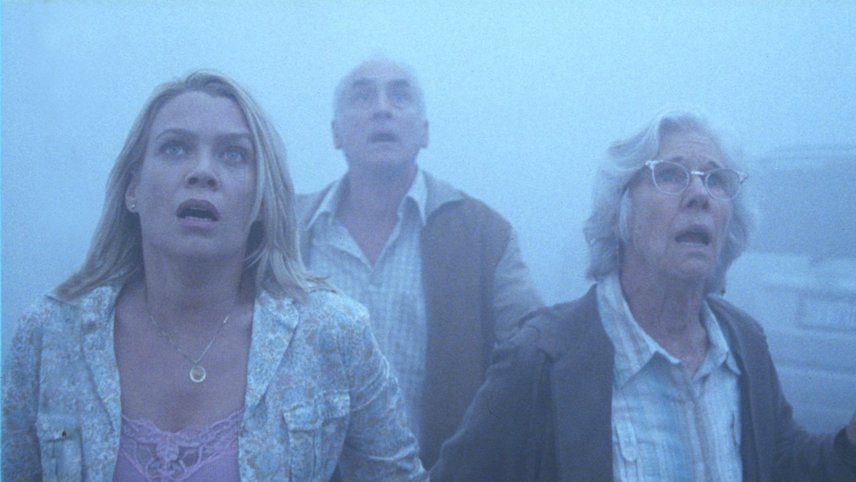 Therefore, it is no surprise that several archetypes exist within the same place. Darabont also writes an incredible script that captures all the essence of King, whether in his social criticism or in his ability to transform horror into a necessary genre to seek more meaning for the multiplicity of human psyches. As soon as David and his son Billy (Nathan Gamble) arrive at the supermarket, enter a new social cosmos, within which we know, for example, Amanda (Laurie Holden), the maternal representation whose main mission is to protect those she cares about. After understanding the dangers they will face with the mist, she is the first to be willing to take care of the children, acting as Mary Magdalene herself in the film, taking the innocent souls away from that environment from the distorted personalities of the adults who surround them.

It cannot be said that the mist is the antagonist of the story. The situation in which the characters are inserted is so chaotic and so deadly that it leads them to an unpremeditated return to primitivism, performing an intertextuality with other literary works, such as ‘Lord of the Flies’ and his analysis of how fear and the lack of future perspective can lead the human being to a state of involution. And, devoid of any really critical vision, the refugees and possible sole survivors rely on the first emergence of a more logical and messianic figure – embodied by the staunch religious fanatic Mrs. Carmody (Marcia Gay Harden), which transforms a simple shelter into an evangelical dictatorship whose rules are those it stipulates – including sacrifices to the “creatures of hell” in exchange for eternal salvation.

It is no surprise that the individual lost in the midst of destruction and the imminence of the apocalypse leans on mysticism to afford the tiniest semblance of salvation – and this may not be the first work to address the subject, but it is certainly a of those who do it with skill and detail. The fog comes as a social and psychological catalyst for those destined for ruin to reflect on who they really are, and for those in constant evolution to find a way out of blindness – whether figurative or literal. 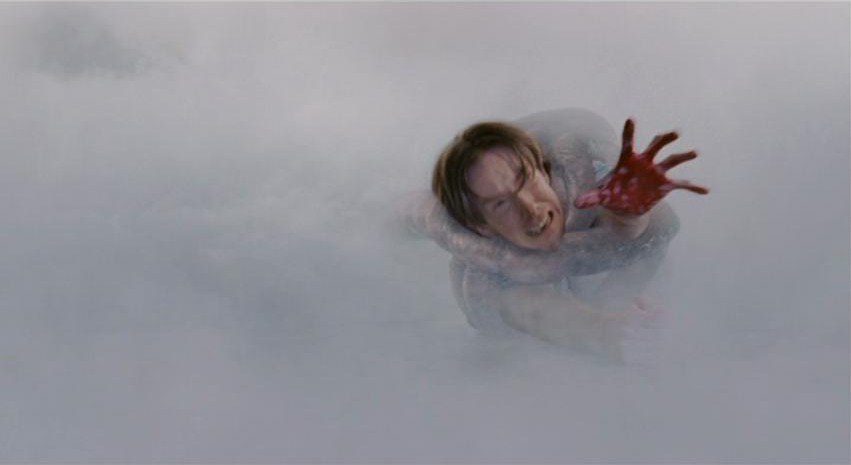 in a way, ‘The fog’ it’s a masterpiece, not least because it really understands the meaning behind Stephen King’s idealized literary madness, and because it brings to the screen a critique that everyone needed to see with their own eyes to absorb. The narrative construction is epic and manages to permeate the various facets of human emotions, oscillating in an unspeakable way between peace and fear, hate and love – and madness and sanity.

Previous Crimean PM calculates bridge repair will take ‘one and a half months’ – News
Next “In Flamengo, he would already have…”; Diego Ribas ‘delives’ surprise career decision and portal captures last minute backstage