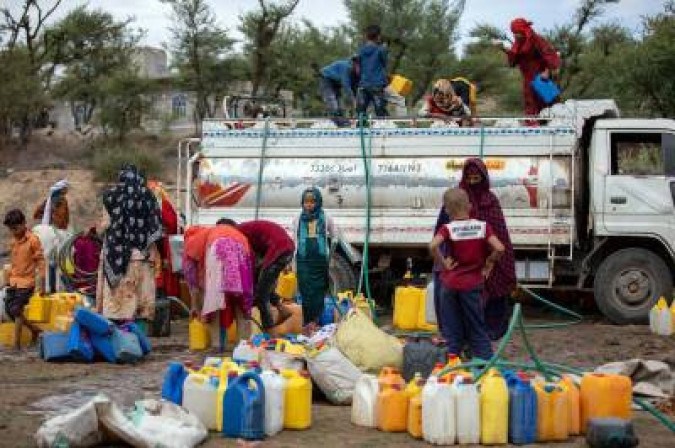 Heat waves will leave entire regions of the world uninhabitable in the coming decades, warned the United Nations (UN) and the International Federation of Red Cross and Red Crescent Societies (IFRC) yesterday. Furthermore, by the end of this century, the phenomenon, which will become increasingly recurrent and intense, will be responsible for very high mortality rates, “comparable in magnitude to all cancers”.

The poorest populations are the most vulnerable, but the problem is global, warns the jointly released report. In almost all territories where statistics are available, the document indicates, heat waves are the deadliest climate hazard. This is because there are limits beyond which humans regularly exposed to extreme high temperatures and humidity cannot survive and beyond which societies cannot adapt.

These conditions will lead to “large-scale suffering and loss of human life, population movements and worsening inequalities”, the organizations warned. Also in the document, they emphasize that extreme heat is a “silent killer” whose effects will amplify, creating immense challenges for the sustainable development of the planet and causing new humanitarian needs.

“Every year, thousands of people die from heat waves, a phenomenon that will become increasingly deadly as climate change increases,” emphasizes Martin Griffiths, head of the United Nations Office for the Coordination of Humanitarian Affairs ( OCHA), and Jagan Chapagain, Secretary General of the IFRC.

Regions such as the Sahel and South and Southwest Asia could be the hardest hit. According to a study cited in the report, the number of poor people living in extreme heat in urban areas will increase by 700% by 2050, especially in West Africa and Southeast Asia.

Examples from recent history signal the scale of the problem. The report recalls that heat waves caused some of the deadliest catastrophes on record in recent times. In 2003, in Europe, they left more than 70 thousand dead. A similar problem faced by Russia in 2010 killed more than 55,000 people. This year, entire regions and countries in North Africa, Australia, Europe, South Asia, the Middle East, China and the western United States experienced record temperatures.

The organizations indicate the urgency of major investments to mitigate the impact of climate change and contribute to the long-term adaptation of the most vulnerable populations. Some available measures, however, have limited and questionable effects. The increase in air conditioning systems, for example, in addition to being expensive, consumes a lot of energy, which also contributes to climate change.