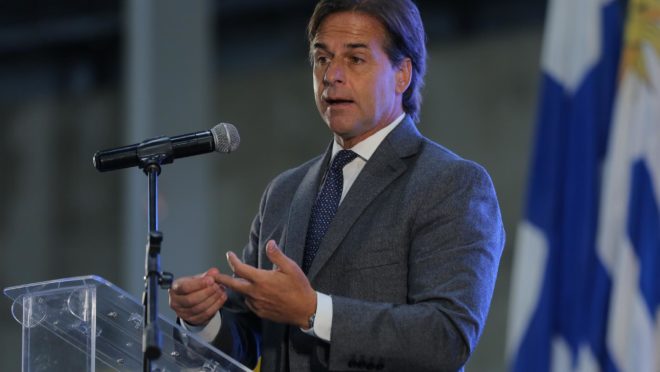 A scandal that has been knocking at the door of the presidency has shaken Uruguay since the last week of September.

On the 25th, the then head of security of President Luis Lacalle Pou, Alejandro Astesiano, was arrested on suspicion of leading a scheme to falsify documents for people from Russia to obtain Uruguayan citizenship.

Part of the coordination of the scheme would be carried out on the fourth floor of the Uruguayan presidency’s headquarters, where the office of Astesiano, who had provided services for the president’s family since 1999, was located.

According to the first information, Russian citizens sent their birth certificates, and officials of local identification agencies involved in the fraud altered the documents to include the names of alleged Uruguayan parents or grandparents – which allowed them to obtain citizenship.

Investigations are still investigating the scope of the fraud and how long it has been in operation, but prosecutor Gabriela Fossati estimated that “thousands” of documents may have been falsified.

“Astesiano intervened both as a translator and [no esquema] or as an organizer and get clients, agree on the value of their participation, pay the notary public and indicate to interested parties the steps to be followed”, explained Fossati. A Uruguayan clerk and two Russian citizens (who worked as recruiters for interested parties) were also denounced.

The motivation for obtaining Uruguayan citizenship is still unclear, but two suspicions are the use of passports to enter Europe, with the aim of developing criminal activities with gangs operating in the Old Continent, or to launder money in Uruguayan banks.

Last week, the local press revealed that a Russian couple entered Uruguay in June 2021, authorized by the secretary of the presidency, Álvaro Delgado, and obtained Uruguayan citizenship three months later.

Although the arrival of foreigners was prohibited at the time due to the pandemic, both were benefited by a decree that allowed 43 people to enter the country, among them entrepreneurs, workers in large works and audiovisual producers.

The Russian couple would be interested in investing in waterway work in the department of Cologne, as well as building a casino and a shopping mall. The investigations find out if both were inserted in the Astesian scheme.

Former head of security had conviction for fraud

The scheme was discovered after an official from the National Directorate of Civil Identification noticed alterations in birth certificates. An internal investigation pointed out that Russians, Venezuelans, Cubans and Uruguayans were involved in the frauds.

When Astesiano was arrested, Lacalle Pou said he was surprised and that he had received the information that his head of security had no criminal record. “You know how the president of all Uruguayans acts. If there was any clue, I wouldn’t have trusted him [Astesiano] the most precious asset I have, which is my family”, said the president.

In the end, it was revealed that Astesiano had a background, including a conviction in 2014 for fraud, due to a scheme in which he would rent vacation homes in Punta del Este that did not exist – Lacalle Pou’s former security chief was negotiating for the internet, collected signals from victims and then disappeared from the map. He was sentenced to 18 months in detention, but the time he spent in pre-trial detention was discounted and the case was suspended.

In addition to the investigations being carried out by the Federal Public Ministry and the Uruguayan government, the country’s Parliament also wants to investigate the matter. The Frente Ampla, an opposition coalition, wants to summon representatives of the Ministry of the Interior to provide clarifications to the Legislature in the coming days.

The National Party, Lacalle Pou’s party, is in favor of these statements. “Let’s vote on what they [Frente Ampla] propose and then we will listen to the government’s explanations,” a senator from the National Party told the newspaper El País.

Previous Can Brazil have a unique and universal cell phone charger? Understand
Next Tom Felton details mental health issues in book and thanks Emma Watson for encouraging ‘telling the whole story’