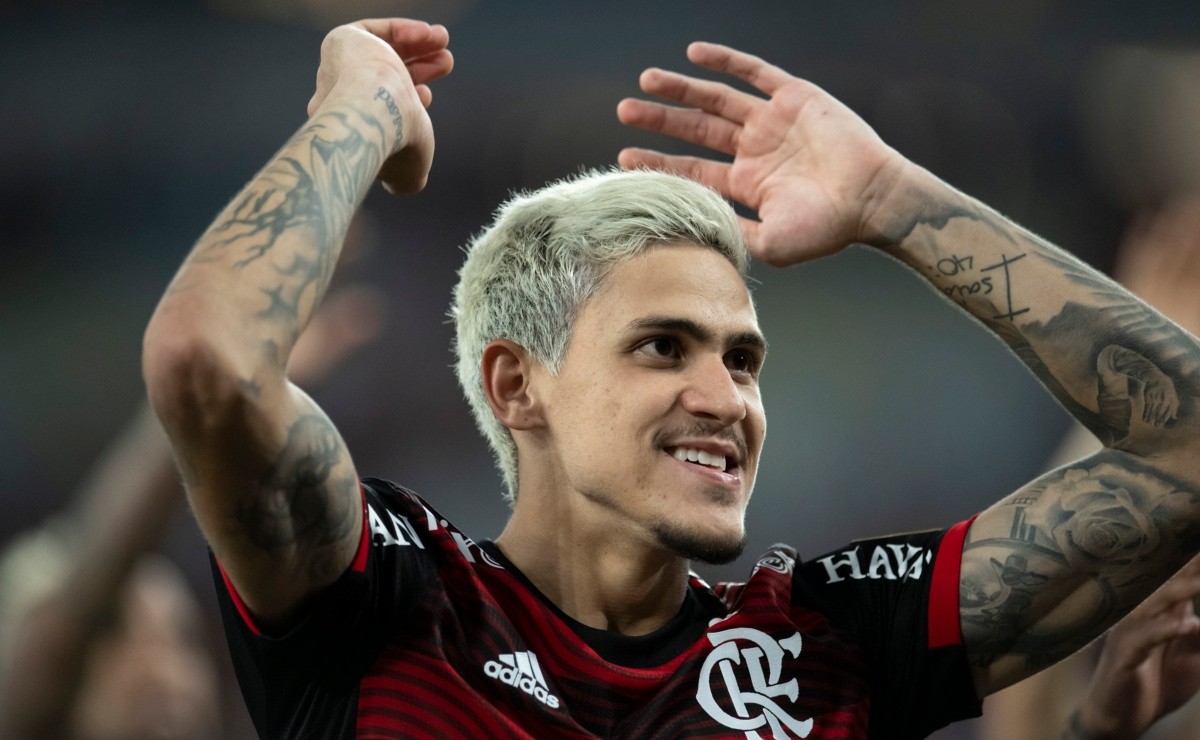 R$ 1 billion enters the scene, Pedro becomes a subject Flamengo can pocket a hefty sum for calling up the Cup

After the defeat to Fortaleza, away from home, Flamengo returned to a positive sequence in the Brazilian Championship. They beat Red Bull Bragantino by 4-1, drew 0-0 against Internacional and beat Cuiabá, away from home, last Saturday by 2-1. Now, the team led by Dorival Júnior occupies the fourth place , with 52 points won.

Taking advantage of the stumbling block of rival Fluminense, Flamengo moved up one position and entered the G-4. The next match will be against Corinthians, on Wednesday (12), valid for the first leg of the Copa do Brasil final. In addition to the moment on the field, the red-black fans are looking forward to the World Cup, which is expected to have some players from the current squad, including striker Pedro.

That’s because Flamengo may receive a hefty sum if their players go to Qatar. FIFA kept the transfer of US$ 209 million, around R$ 1.08 billion, given in the Russian edition to clubs that will provide players for the competition. The teams receive value per day that the player is away, which will be US$ 10.27 thousand (R$ 53.4 thousand). On the last FIFA date, the red-black had four players called up.

If Everton Ribeiro and Pedro, for Brazil, and Varela and Arrascaeta, for Uruguay, are called up, Flamengo can receive up to R$ 6 million. For that, the scenario should lead to a final between Amarelinha and the celestial team. Coach Tite will release the final list for the World Cup, which takes place between November and December, on the 7th of November.

Previous Secret Invasion will bring a very different approach, says actress
Next What is the difference between the types of LCD panels: IPS, TN or VA