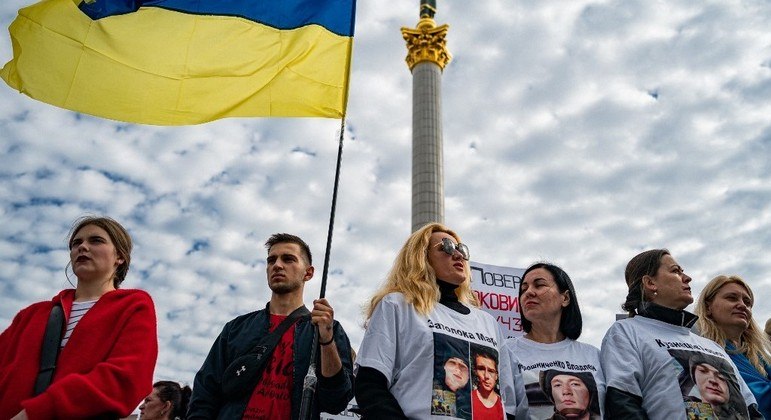 Russia returns bodies of 62 soldiers to Ukraine, including those killed in prison attack – News

Ukraine announced on Tuesday that Russia had returned the bodies of 62 soldiers, in particular those who died in July in the bombing of Olenivka prison in occupied territory in eastern Ukraine.

“Sixty-two fallen heroes have returned home,” said the ministry in charge of the reintegration of Russian-occupied territories.

He claimed that some of these bodies came from the Olenivka prison in the occupied part of Ukraine’s Donetsk region.

Russia and Ukraine accuse each other of carrying out the attack on the Kremlin-controlled prison in which military personnel were captured.

Ukraine has denied targeting civilian infrastructure or prisoners of war. President Volodmyr Zelensky called what he said was a Russian bombing of the facility a “war crime”.

Russia said Ukrainian prisoners held at the prison included members of the Azov battalion, which was defending the Azovstal factory in the Ukrainian port city of Mariupol.

Amid political tensions, US and Russian soldiers pose together for photos in Syria