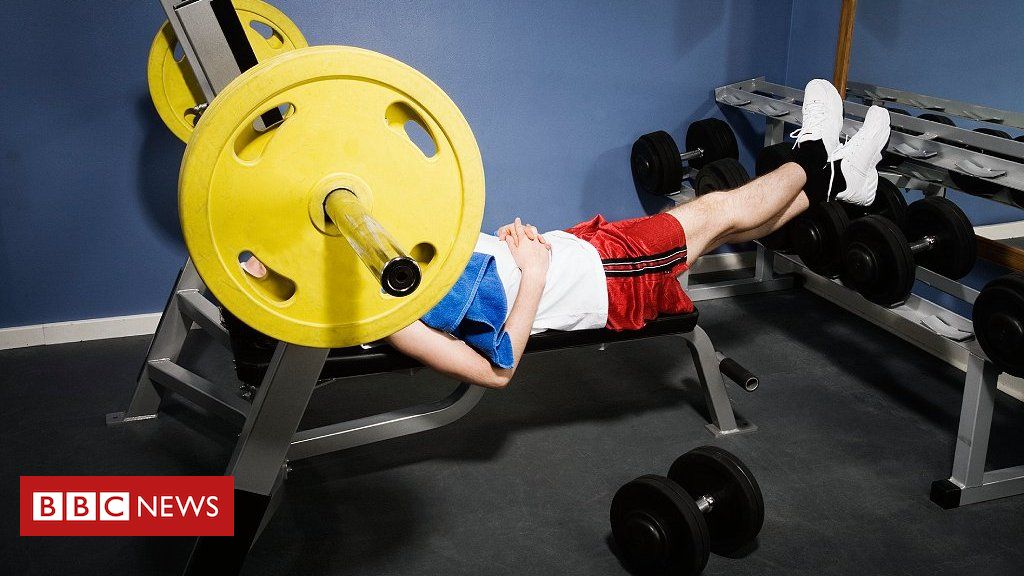 Why humans are not ‘programmed’ to exercise, according to scientist

Mark Twain, who lived to be 75, once said he got all the exercise he needed by acting as a coffin carrier at the funerals of his friends who exercised regularly.

Or perhaps those words were from Senator Chauncey Depew, who died at age 94.

Anyway, although not everyone expresses it with such humor, they are not the only ones who, throughout history, have not been very fond of exercise.

And it’s not uncommon, said Daniel Lieberman, a paleoanthropologist at Harvard University and author of Exerciseto The Harvard Gazette.

We are programmed to avoid unnecessary efforts, not for triathlons or treadmills, he said. So, it is a myth to say that it is normal to exercise.

Human beings, he emphasizes, never evolved to exercise and, from a scientific point of view, it is a strange activity.

That is, although we have evolved to move, to be physically active, “exercise is a particular type of physical activity: it is voluntary physical activity for the sake of health and fitness.”

This is a new “invention”, the researcher emphasized (note that “new” is relative: everyday life for Lieberman includes the Stone Age).

It would be unreasonable, for example, for a subsistence hunter or farmer to expend extra energy unnecessarily running five miles in the morning: he would lose valuable calories he needs for priority activities.

“We have these very ingrained instincts to avoid unnecessary physical activity”, explains the paleoanthropologist.

Today, however, “we think people are lazy if they don’t exercise. But they’re not lazy. They’re just normal.”

But that’s not to say that exercise isn’t very beneficial; it just explains why it’s so hard for many of us to do enough.

And Lieberman thinks understanding that can help us do more.

“Since medicating and marketing exercise is obviously not working, I think we’d better think like evolutionary anthropologists.”

Fortunately, that’s exactly what he is, so here are four of his recommendations:

1. Don’t be mad at yourself

Don’t feel bad about not wanting to exercise, your instinct is not to do more than necessary.

But we are also rational beings.

We are aware that we have built a world that has benefited us immensely but, as it no longer forces us to be physically active, it has put our health at risk.

It is a world in which it has become necessary to do more than is necessary.

Numerous studies have demonstrated this.

If we learn to recognize these instincts, we can more easily overcome them, says Lieberman.

“When I get up in the morning to go jogging, it’s often cold and that’s really tricky because I don’t feel like exercising. My mind gives me all kinds of reasons to put it off. Sometimes I have to force myself out the door.”

“My point here is to be compassionate with yourself and understand that those little voices in your head are normal and that everyone, even ‘exercise junkies’, struggles with them.”

“One key to getting exercise is overcoming it.”

There are only two reasons why we evolved to be physically active: to meet needs and to gratify ourselves socially.

“Most of our ancestors went out hunting or gathering every day because otherwise they would starve to death.”

“The other times they were physically active were during fun activities like dancing and playing games.”

For them, as for us, fun had social benefits.

After years of studies, the paleoanthropologist advises to have this same mindset regarding exercise.

“Make it fun, but also necessary.”

And one of the best ways to achieve both goals is to make physical activity a social activity, for example by joining a running group.

“The obligation will make it fun, social and necessary.”

“The final anthropological approach that can help is not worrying about how much time and how much exercise is needed,” suggests Lieberman.

He points out that we have this image that our ancestors were actually incredibly strong… after all, they had to lift giant boulders and hunt heavy beasts.

But the expert guarantees that this is far from the truth.

“Our ancestors were reasonably but not overly active and strong.”

“They also didn’t run every day, or regularly; they probably did it once a week or something.”

Also, you don’t have to go that far into the past to find out, as there are still people with similar lifestyles.

“Typical hunter-gatherers engage in only about 2 ¼ hours a day of moderate to vigorous physical activity.”

“They are not extremely muscular and spend as many hours sitting as we do, almost 10 a day.”

The message is that, while there is the recommended minimum, a little physical activity is extremely healthy.

“Knowing this, I believe, can help people feel better about getting at least some exercise rather than none at all.”

But it is crucial not only to do so, but also…

“We invented the concept of retirement in the modern Western world, and along with that, the notion that once you hit 65, it’s okay to take it easy.”

However, “we evolved to be physically active throughout our lives.”

This activity, in turn, helps us live longer and stay healthy as we age.

“This is because physical activity activates a wide range of repair and maintenance mechanisms that counteract the effects of aging,” he explains.

Proof of this is today’s hunter-gatherers, who tend to live almost as long as their counterparts in western industrialized societies.

The difference, he notes, is that your “health expectancy” (the number of healthy years of life) almost matches your life expectancy, whereas in industrialized societies it is common to fear that you will spend years incapacitated before you die.

So overcome your instincts, even if your mind is reluctant to help you, and keep moving, even if you no longer need to.

And if exercise bores you, do it like in the Stone Age: start dancing!

Previous Corinthians vs Flamengo: Elias reveals who he will root for in the decision and recalls achievements
Next Russia is open to Putin’s meeting with Biden at the G20, says minister