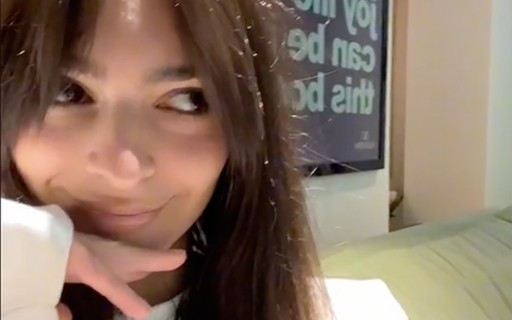 Amid divorce and possible affair with Brad Pitt, Emily Ratajkowski comes out as bisexual in video – Monet

A day after Madonna hinted that she came out as gay, Emily Ratajkowski hinted (a lot) that she is bisexual. It all started with a ‘question session’ proposed by the model on her TikTok and, when asked by a fan, she smiled and nodded. Later, a friend confirmed what is loose in the air, but that left the internet in an uproar.

The user in question asked, “if you identify as bisexual, do you own a green velvet sofa?” The 31-year-old muse responded by simply turning the camera towards herself as she sat on a green velvet sofa that enveloped her living room. The video was also shared by ‘Pretty Little Liars’ actress Shay Mitchell, who also apparently confirmed her sexual orientation.

Ratajkowski’s video comes amid news that she has filed for divorce from her ex-husband, Sebastian Bear-McClard, who allegedly cheated on her. And recently, she has been touted as Brad Pitt’s new love interest. A source told Page Six last month that the two have dated a few times, but haven’t officially been together yet. Well, the important thing is to keep the options open, right?