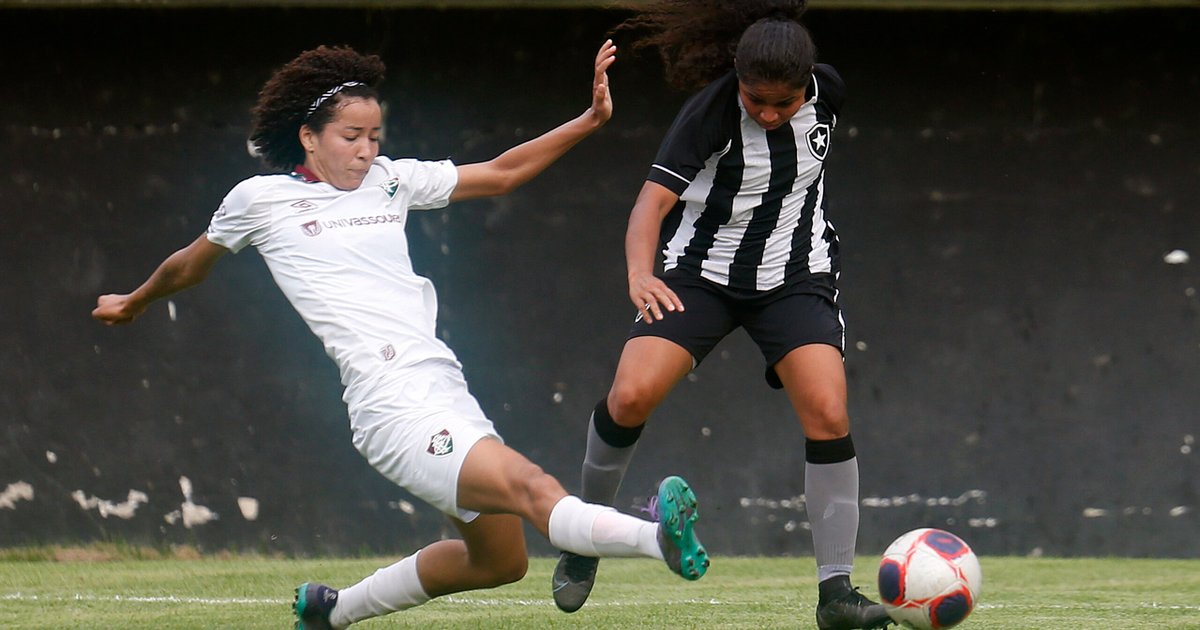 In a well disputed classic, in which it was better in general, the Botafogo tied with the Fluminense 1-1 this Tuesday afternoon (11), at Caio Martins, in the first game of the Under-20 Women’s Carioca Championship. The decision was for next Tuesday, in Laranjeiras – in case of a new tie, the title will be defined on penalties.

The game started very studied, but heated up at the end of the first half. In the 35th minute, Botafogo was harmed by the referee, with a very clear penalty suffered by Emily unmarked. Two minutes later, Fluminense hit the crossbar, in a long shot by Duda Calazans. And, at 40, Tricolor opened the scoring, with the same Duda, in a failure by goalkeeper Julia Kerolyn.

Botafogo came back well for the second half, looking for a tie. In the 12th minute, the Gloriosas had a great chance: Larissa went in, Isa Rangel came out in front of the goal and kicked, but the tricolor goalkeeper defended and, on the rebound, Nalon isolated. But, at 20, the net shook: Vic Moura took a corner and Isa Rangel, with a header, left everything equal in 1 to 1.

The alvinegras continued looking for the goal to try to turn around, but in the end they ended up relying on luck. In stoppage time, after a corner kick, Fluminense hit the post and the ball returned to goalkeeper Julia Kerolyn’s arms. And the decision was left for next week.