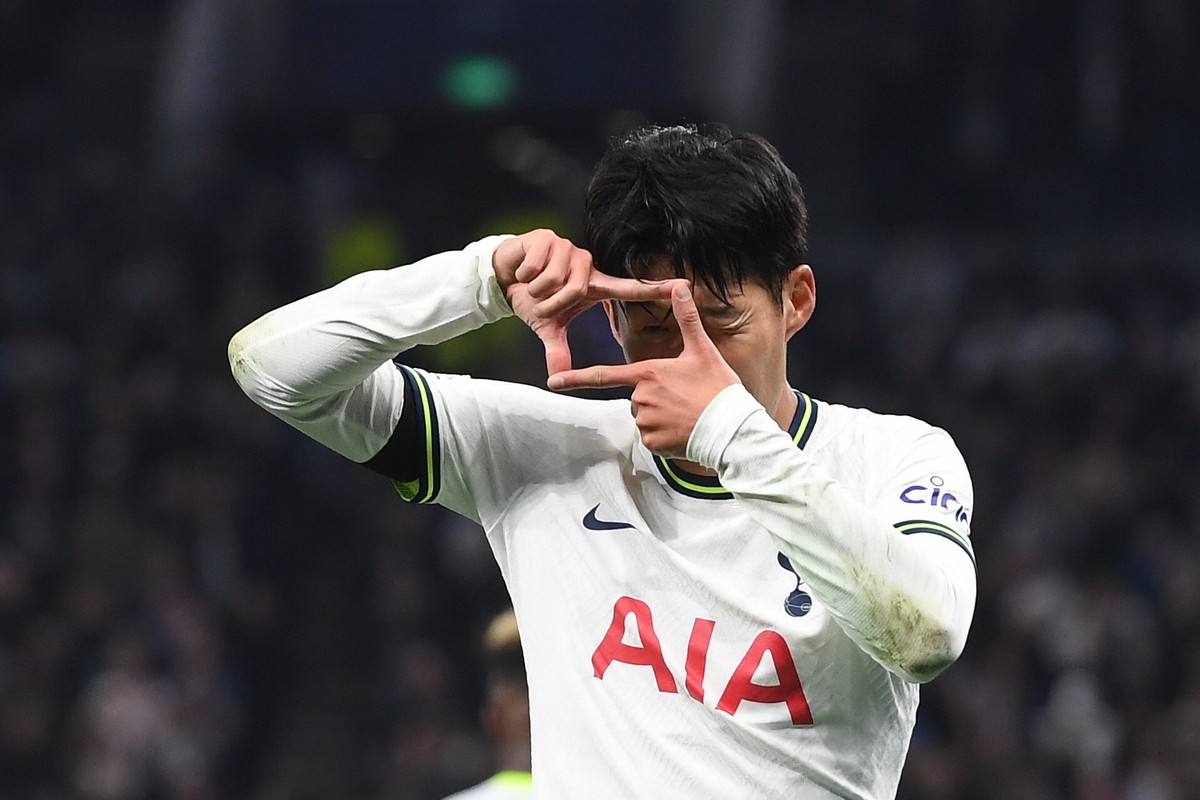 Tottenham are the new leaders of Group D of the Champions League. With two goals from Son, Antonio Conte’s team beat Eintracht Frankfurt 3-2 in London and took the lead. In the other key game, Olympique de Marseille beat Sporting 2-0 in Lisbon.

The owners of the house were scared right from the start. At 12 minutes, Dier failed to release the ball. Frankfurt pressed inside the area, Rode got the ball and gave it to Kamada, on his left, just to shore up the goal.

But Tottenham’s comeback didn’t take long. At 19, Harry Kane received in the middle and gave a beautiful pass to Son with his left-handed. The South Korean entered the area from the left and submitted a cross.

Shortly after, at 25, it was shirt number 10’s turn to leave his. Kane was fouled by Jakic at the far left of the area, and the referee had to go to the video monitor to call the penalty. The striker himself charged and scored the second for the Spurs.

The third of the English was a painting. At 35, Hojbjerg went to the bottom line on the right, crossed, and Son caught it with his left-hander, in a half volley: 3 to 1. The South Korean scored his first two goals in the current edition of the Champions League.

Son catches first with his left-hander and scores in Tottenham vs Eintracht Frankfurt – Photo: Andy Rain/EFE

In the second half, Eintracht saw the Brazilian Tuta being sent off, after receiving the second yellow card, still in the 15th minute. The current champion of the Europa League did not back down and managed to score the second with Alidou, with a header, after a corner.

In the final minutes, Kane still isolated a penalty kick, and the score was like this: 3 to 2 for the hosts.

Richarlison started at Tottenham, but was substituted in the 16th minute of the second half. Lucas Moura started on the bench and entered in the final minutes.

Tottenham are now leaders of Group D, with seven points, followed by Olympique de Marseille, who beat Sporting in Lisbon and have six. The Portuguese also have six, but are behind in direct confrontation. Frankfurt is bottom with four points.

The next round is on the 26th: Spurs host Sporting in London, and Marseille visit Eintracht in Frankfurt.

Previous In addition to Pangea, Earth had six other supercontinents; meet
Next Meta detects 400 apps that are stealing ‘Facebook’ and ‘Instagram’ logins