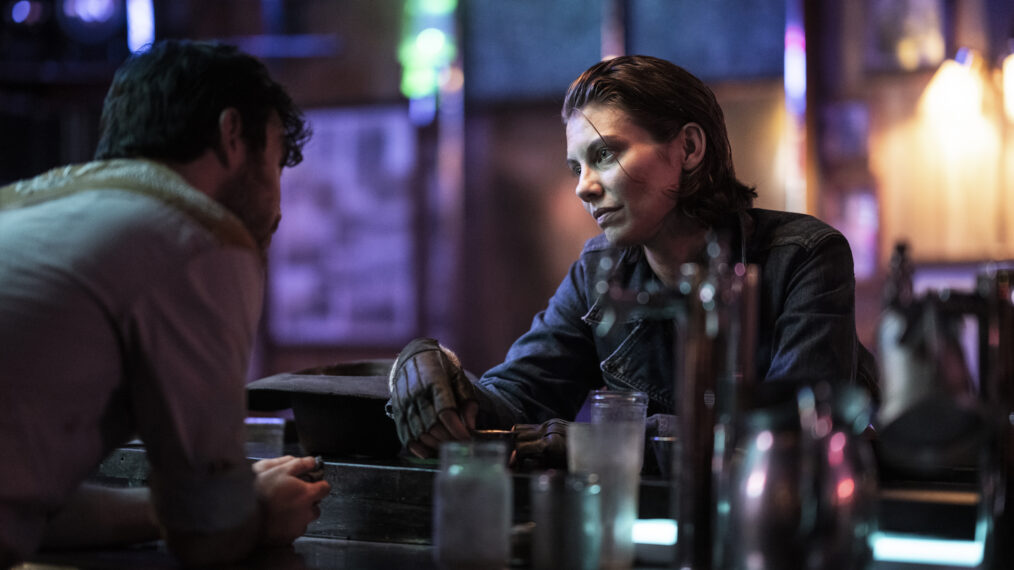 Titled The Walking Dead: Dead City, the new spin-off of TWD, focused on the characters Maggie and Negan, played by Lauren Cohan and Jeffrey Dean Morgan, had its first images released during the New York Comic Con, which takes place at the end of week in the United States. Previously, the production would be called Isle of the Dead.

The new series in the zombie universe will premiere in April 2023 and during the show’s panel at NYCC, some images of Cohan and Morgan portraying their characters Maggie and Negan, alone and together – including her holding a knife to his throat – were presented. and alongside new characters played by Trey Santiago-Hudson and Charlie Solis.

The six-episode plot will see both characters traveling to a post-apocalyptic Manhattan long isolated from the mainland. The ruined city is full of the dead and inhabitants who have made New York their own world full of anarchy, danger, beauty and terror. Eli Jorné serves as showrunner and executive producer on the series, which is overseen by Scott M. Gimple, chief content officer for The Walking Dead Universe. Cohan and Morgan also serve as executive producers.

The American channel AMC announced another spin-off of The Walking Dead during the series’ panel at Comic-Con in San Diego, one of the largest in the world. The new production will center on Rick Grimes and Michonne Hawthorne, played by actors Andrew Lincoln and Danai Gurira, actors who made a surprise appearance on the show’s panel at SDCC. The character-focused miniseries will have six episodes, slated to premiere next year.

Scott Gimple will serve as showrunner, and Lincoln and Gurira will serve as executive producers. With that, the new spin-off took the place of The Walking Dead movie, which would be starring Andrew Lincoln. According to the synopsis, the production “will continue the journey and love story of the characters Rick Grimes and Michonne.” “Rick and Michonne are two of my favorite people and Danai and Andy are two of my favorite people,” Gimple said in a statement.

Previous Sergipe: Rogério Carvalho has 55% of valid votes, and Fábio, 45%, points out Real Time Big Data – News
Next Flamengo can pay BRL 20 million to close with a Brazilian giant striker