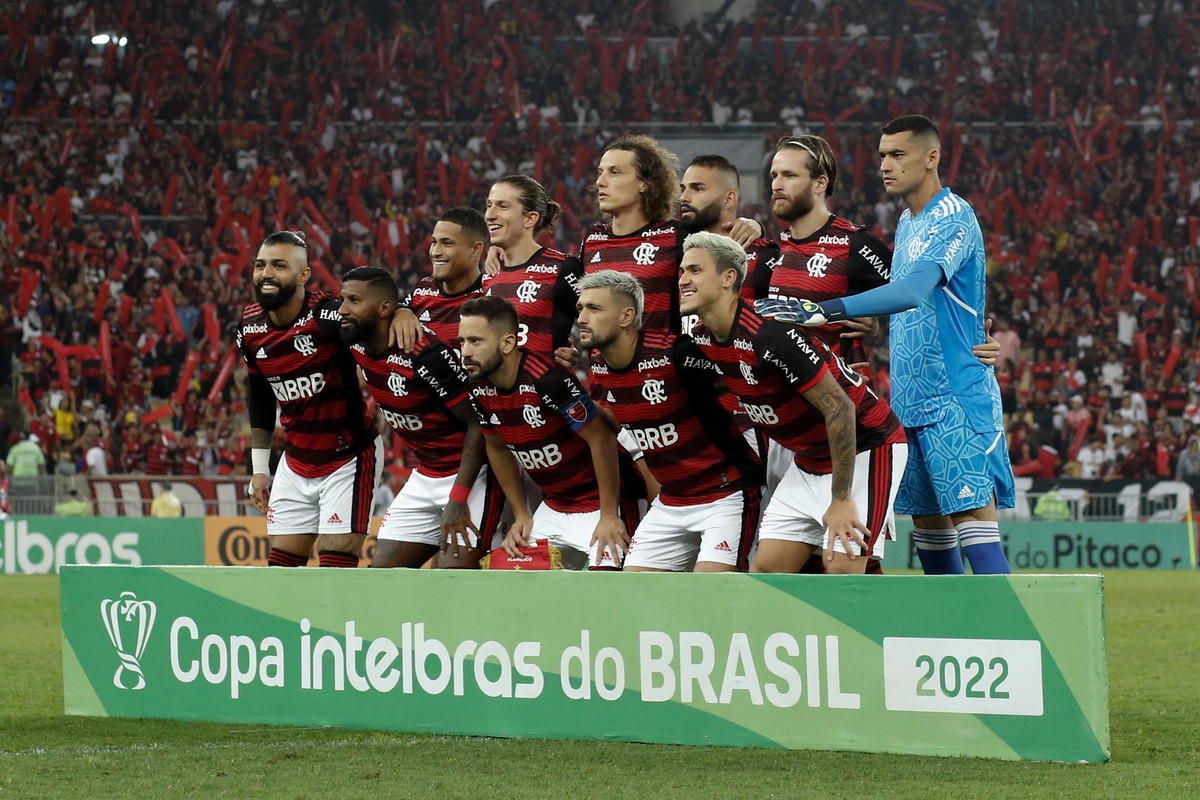 Some lineups are capable of immortalizing themselves in the fans’ memory. That’s what the “Copa formation” has the chance to do in this final stretch of the season at Flamengo, which disputes the titles of the Copa do Brasil and Libertadores.

The formation of Flamengo of the “Team das Copas” — Photo: Gilvan de Souza/Flamengo

If successful in both decisions, this generation will have achieved one of Flamengo’s most successful years, as well as 1981 and 2019, for example.

In 2022, after signing Dorival Júnior and prioritizing the Copa do Brasil and Libertadores, the coach managed to reach an “ideal lineup”, which was used in the most important matches.

Santos, Rodinei, David Luiz, Léo Pereira and Filipe Luís; Thiago Maia, João Gomes, Everton Ribeiro, Arrascaeta, Gabigol and Pedro. This formation began to be used in the victory over Atlético-MG, for the Copa do Brasil, and became a reference.

Since the duel with Galo, a milestone for Flamengo this season, this formation has already been used by Dorival in ten more opportunities. In the total of these 11 games, there are eight wins, two draws and only one defeat. There are 25 goals scored and only four conceded. 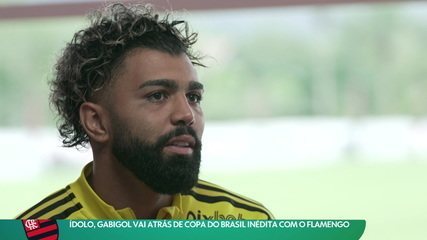 Idol, Gabigol goes after the unprecedented Copa do Brasil with Flamengo

This generation is already in history with a formation that will always be alive in the red-black imagination because of the achievements of 2019. Dorival Júnior’s team still has a few games ahead, but it has already been used more than the famous Jorge Jesus.

The formation Diego Alves, Rafinha, Rodrigo Caio, Pablo Marí and Filipe Luís; Willian Arão, Gerson, Everton Ribeiro and Arrascaeta; Bruno Henrique and Gabriel, who played in the most important games of the Brasileirão, Libertadores and the 2019 World Cup, entered the field only eight times. There were six wins, one draw and one defeat for Liverpool, already in extra time, in the World Cup final.

– When we are old, then we will meet and say: “Gee, we did this, we did that”. But really, when you’re inside this bubble here, you just want to win the next one,” Gabigol said.

Flamengo faces Corinthians this Wednesday, at 9:45 pm, in São Paulo, in the first game of the Copa do Brasil decision.

Top scorers in these 11 “Team of Hearts” games:

Previous Woody Allen got it right? Compare the real locations of the movie ‘Midnight in Paris’ – 10/12/2022
Next Real Time Big Data: in Sergipe, Rogério Carvalho leads by 10 points