Jane and Del Compton discovered Fort Myers by accident more than two decades ago while vacationing in Southwest Florida. They decided right away that this was where they would live when they retired – a place where they could age in peace and under the sun.

They bought a double plot with a trailer and small luxuries: a remote-controlled fan and two televisions, so she could watch soap operas while he watched cowboy shows.

But Hurricane Ian ravaged their little piece of paradise, drenching the photos accumulated over four decades of marriage, wrecking their car and leaving them with no place to live. They didn’t have trailer insurance; their policy canceled in June due to the age of the vehicle, a 1978 model.

Now the Comptons (she is 77 and he is 81) are resigned to the idea of ​​having to abandon their dream of life as retirees. In the next few weeks, they will return to their hometown –Louisville, Kentucky– to stay with their daughter and decide what to do next. But they are sad to abandon their friends and the church community.

“We’ve talked about it, we’ve argued, we’ve screamed, we’ve cried,” says Jane, sitting in front of the church where they are staying, with a box of objects they managed to salvage. “Our bubble has burst.”

The death toll linked to the hurricane suggests that the elderly died in disproportionate numbers: of the 87 victims (out of a total of 123) whose exact or approximate age has been released, 61 were at least 60 years old. Many victims were found dead at home.

Even those who can afford to rebuild a home may not have the energy or lifespan to do so — and the prospect of stricter building rules can make the project more expensive. Many, like the Comptons, live on fixed incomes, don’t have flood insurance, and bought their homes before the housing boom of the past decade at more affordable prices. Recapturing paradise may not be possible, and that is a cruel and sudden blow.

Several residents of the region said they endured the hurricane inside their homes, in which they invested all their savings, in part to be able to start removing the wreckage as soon as possible.

Richard Hoyle, 75, moved with his wife to Pine Island in December when she asked to leave the Tennessee mountains. He insisted that they remain stationary as the Ian passed, but the water reached the second flight of stairs, and they saw boats flying above the channel, carried by winds of more than 240 km/h. 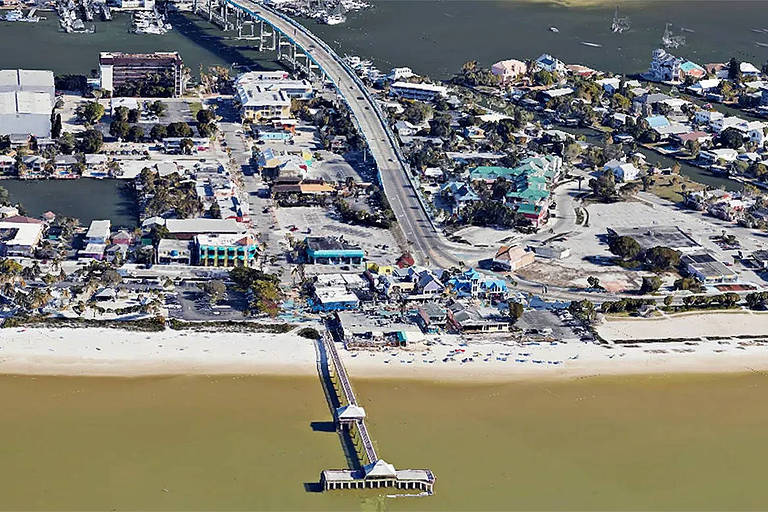 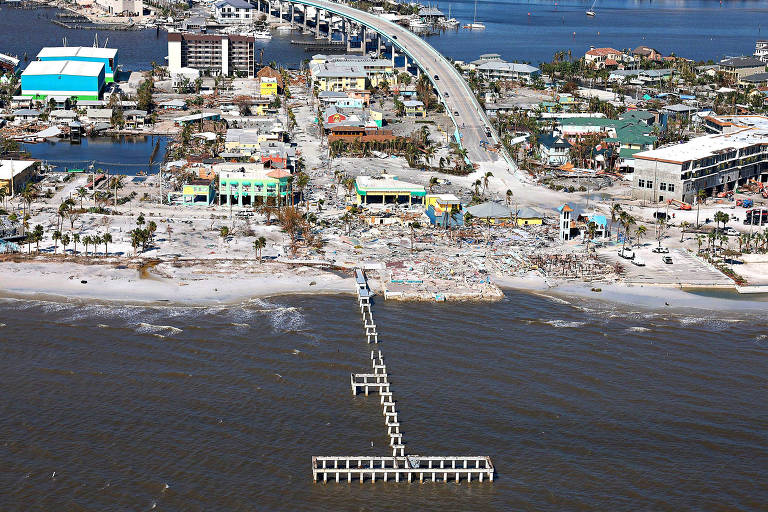 “We decided that this was the house that we would live in after retirement and that we would fight to keep it,” says Hoyle. “I’m glad we didn’t leave. Some battles are worth fighting.”

Like him, Garland Roach, 79, has no intention of leaving her badly damaged home in a modest neighborhood of Fort Myers — the palm tree in the front yard is now surrounded by sewer pipes, fences and debris. “My daughter wants me to return to Ohio. She said I will return in the form of ashes.”

Roach hopes the Federal Emergency Management Agency (FEMA) or the National Guard will give him a tarp to cover the destroyed roof. “With my arthritis, I couldn’t stand another Ohio winter.”

According to Florida officials, two of the dead after the hurricane were men in their 70s who killed themselves after seeing their homes destroyed. “I think for a lot of people, seeing their home destroyed is the final straw,” says Carol Freeman, 75, a Pine Island resident.

Since the hurricane struck, this retired postal worker who lives with a pet parrot has been without electricity, having to use baby wipes for hygiene, eating donated military meals and pondering whether it’s worth staying.

She says it might be time to return to her native Chicago after four decades living on the island. “I’m too old for this.”

Some retirees who often spend the winter on the Gulf Coast were already planning to leave Florida. In Fort Myers Beach, groups of friends gathered to inspect the damage and mourn the end of their Florida life. In Gulf Cove, a community at the base of a bridge, residents were trying to rescue belongings from destroyed trailers.

“Even if some miracle happened and we could all be in the same place again, there are a lot of couples in their 80s or 90s,” says Deb Macer, 69. “They just won’t come back.”

Before the hurricane, days in the neighborhood followed a familiar, comforting rhythm. Retirees gathered for coffee and daily walks, Macer organized craft gatherings, and her husband, Stacy, 70, was the community’s handyman. “Unfortunately, I think that’s all over,” says Paul Wasko, 75.

See before and after Hurricane Ian hit Sanibel Island in Florida 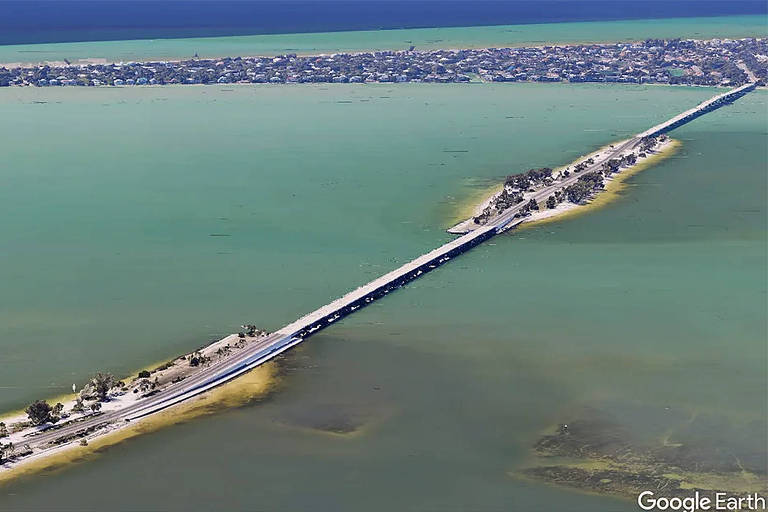 Sections of the Sanibel Causeway were destroyed in the strong winds and storm brought on by the phenomenon – Google Earth/Reproduction and Joe Raedle – 29.Sep.22/Getty Images

Cindy and Steve Duello had barely begun to live out their Florida retirement dream. Hiking and biking kept the two in their sixties full of energy. They took care of the orchids, chatted with the neighbors and taught their grandchildren to scour the beach for rocks.

At the center of it all was a modest two-bedroom house that since the 1980s has been a meeting place for four generations of the family. “It was 112 square meters, but it was our mansion,” says Cindy, 68.

Hurricane Ian turned much of Fort Myers Beach into a flat, unrecognizable ruin, and their house was saturated with seawater. Days after the storm, the Duellos went to the island, saw the place destroyed and understood that the city could not be rebuilt in time for them to be able to enjoy it again. “She won’t come back in our lifetime. It’s made me grow old.”

For some Florida seniors, the passing of the hurricane left a world in which good options did not exist. They can’t imagine leaving Florida at this stage in their lives, but their homes are gone, possibly forever.