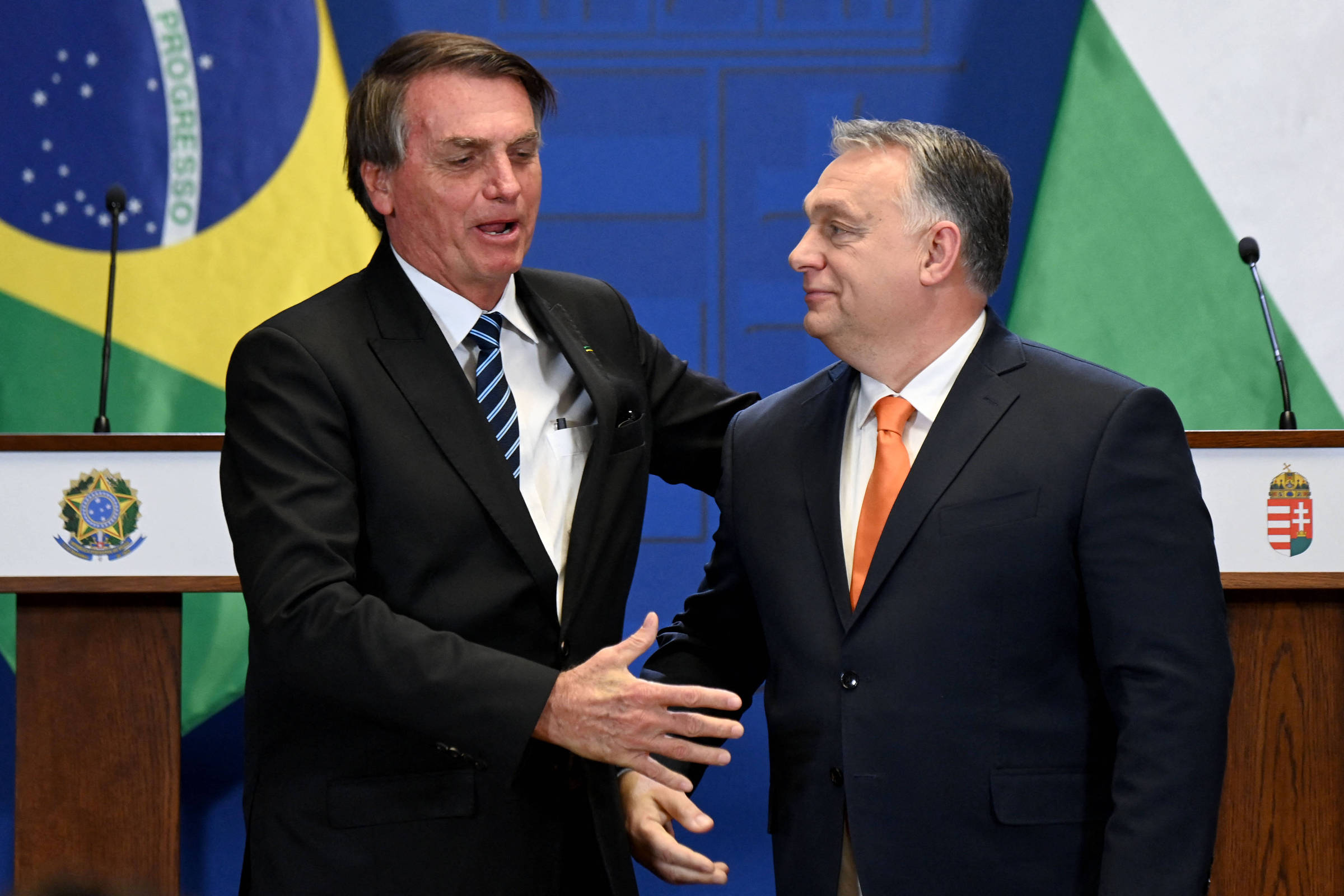 On Friday (7), Jair Bolsonaro (PL) said he had received proposals to increase the number of STF (Federal Supreme Court) ministers. The measure, which would give the president, if reelected, the power to nominate more names to the court, profoundly altering its composition, will be evaluated after the elections, he said.

On the same day, the vice president and senator-elect, Hamilton Mourão (Republicans-RS), defended that Congress discuss the issue, as the Judiciary would be today “tearing up what is the legal process”.

Even before the election of the current chief executive, supporters suggested such threats against the court. In July 2018, for example, Eduardo Bolsonaro (PL-SP), the president’s son, stated in a lecture that it would be necessary to send only “a soldier and a corporal” to close the STF.

In late 2019, federal deputy Joice Hasselmann (PSDB), then a supporter of Bolsonaro, suggested overturning an amendment to the Constitution that raised the mandatory retirement age of the judiciary. “In a lapada, we already get two, three”, she said, in an interview with Roda Viva.

Changing the configuration of supreme courts is a common strategy of authoritarian leaders from different ideological spectrums, as it can neutralize the role of counterweight exercised by the Judiciary in relation to the other Powers. Former Venezuelan President Hugo Chávez is often the most remembered example.

In addition to expanding the Supreme Court of Justice, other later measures allowed Chávez and his successor, Nicolás Maduro, to remain in power. “Modern authoritarian governments are more sophisticated. It’s not feasible to increase the number of judges overnight. We have to understand this as a process,” says Maryhen Jiménez, a doctor of political science at Oxford University.

Typically, the rise of authoritarian leaders occurs amid crises of population dissatisfaction — in relation to political parties, the economy, corruption and the judicial system, for example. This is what happened in the Caribbean country, which, according to the researcher, became radicalized to the point of no return.

See other cases of leaders who have used this strategy.

In May 2021, the Legislative Assembly of El Salvador removed the five magistrates from the Constitutional Chamber, a body that analyzes whether bills and decrees comply with the country’s Constitution, on the grounds that they interfered with executive decisions.

This was the first action by the Central American Nation’s Assembly after the 2021 legislative elections. In the election, candidates from the newly created party of President Nayib Bukele, elected in 2019, won the majority of seats in the Legislature. At the time, the feat was celebrated by Eduardo Bolsonaro.

The Assembly also replaced the country’s attorney general, responsible for investigating the president. In both cases, all posts were exchanged for figures sympathetic to Bukele.

Last year, the Constitutional Chamber approved the reelection of the president, contrary to what the local Constitution says. In September, Bukele announced that he will seek re-election in 2024.

In 2004, the National Assembly of Venezuela approved an increase from 20 to 32 in the number of members of the Supreme Court of Justice. Subsequently, the Legislature, aligned with Chávez, appointed the new judges.

The change followed a moment of crisis. After coming to power in 1998, Chávez convened an assembly to create a Constitution that would replace the 1961 one. The new Charter, approved in a popular referendum, extended the presidential term and allowed reelection. He was re-elected in 2000.

Two years later, a coup d’état removed Chávez from power, suspended the Constitution and named businessman Pedro Carmona president. The rupture attempt lasted two days and ended up strengthening Chavismo in the following years. After the unsuccessful coup, the Supreme Court of Justice defined the episode as a “constitutional vacuum of power” and was the target of attacks by the president.

From then on, the court began to suffer more political influence.

In 2020, Poland implemented a reform that eased the dismissal of judges critical of the government through a disciplinary chamber and increased the government’s power of choice in the Presidency of the Supreme Court. The country has been ruled by the nationalist-conservative Law and Justice party since 2015.

The offensives against the Judiciary resulted in retaliation from the European Union (EU). In October last year, the bloc’s Court of Justice ordered Poland to pay 1 million euros (R$ 5 million) per day that the order to suspend the disciplinary chamber of justice is not complied with. Until July, the debt with the EU already amounted to 237 million euros (R$ 1.2 billion), but Poland ignored its payment.

In 2011, the Prime Minister of Hungary, Viktor Orbán, increased the number of members of the Constitutional Court from 11 to 15 and indicated the four magistrates who should occupy the seats. The measure took place a year after the politician returned to the leadership of the country – a position he had held from 1998 to 2002.

It was not the only attack against the Judiciary. The Constitution enacted in 2012 replaced more than 250 judges, including members of high courts, after lowering the group’s retirement age from 70 to 62.

The new Charter also imposed a conservative turn on the nation that continues to this day. In 2020, the country banned the adoption of children by homosexual couples.

On a trip to Hungary earlier this year, Bolsonaro called Orbán his brother and celebrated the values ​​they say they represent: “God, homeland, family and freedom”. Report obtained by Sheet showed that the country’s chancellor, Péter Szijjártó, offered help for the re-election of the Brazilian president during a meeting with Cristiane Britto, Minister of Women, Family and Human Rights.