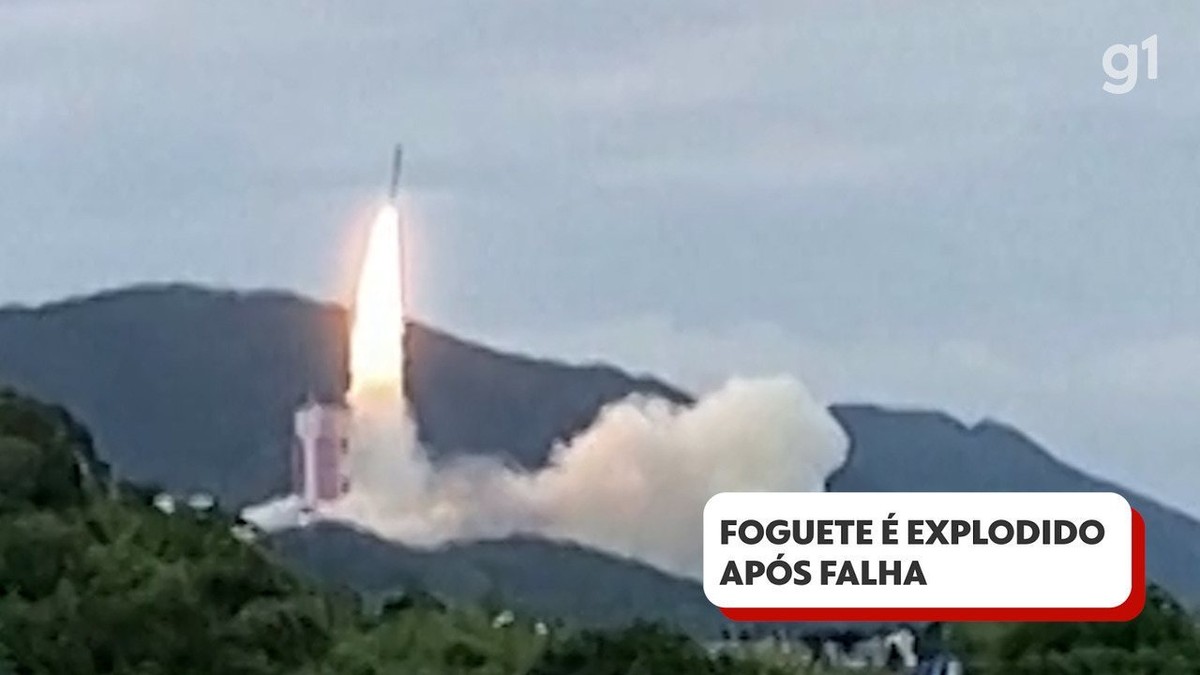 The launch of a Japanese rocket carrying several satellites failed on Wednesday (12) and the spacecraft had to be destroyed after takeoff, informed the Japan Aerospace Exploration Agency (Jaxa), which thus suffers a serious setback in its program. space.

This is the first failed launch since 2003 and the first failure of the solid-fuel Epsilon rocket, which has been in operation since 2013.

Since then, it has had five successful launches.

Jaxa abruptly stopped broadcasting the live launch of Epsilon-6 from the Space Center in the southern Kagoshima region.

The self-destruct order was sent to the rocket ten minutes after liftoff due to “positioning anomalies”, said Yasuhiro Funo, director of this space project.

In a press conference, Funo explained that a technical problem was detected before the third and final stage of the launch, at the moment when the last booster was about to be triggered.

“We activated the rocket’s self-destruct order, because if we couldn’t get it into the intended orbit, we didn’t know where it would go,” he explained.

After the mission’s failure, pieces of the rocket fell into the sea, east of the Philippines.

The rocket was supposed to launch several satellites into orbit and was designed for a three-stage launch.

Jaxa President Hiroshi Yamakawa apologized for the failure, saying the agency was “extremely sorry that we were unable to meet the expectations of the Japanese people”.