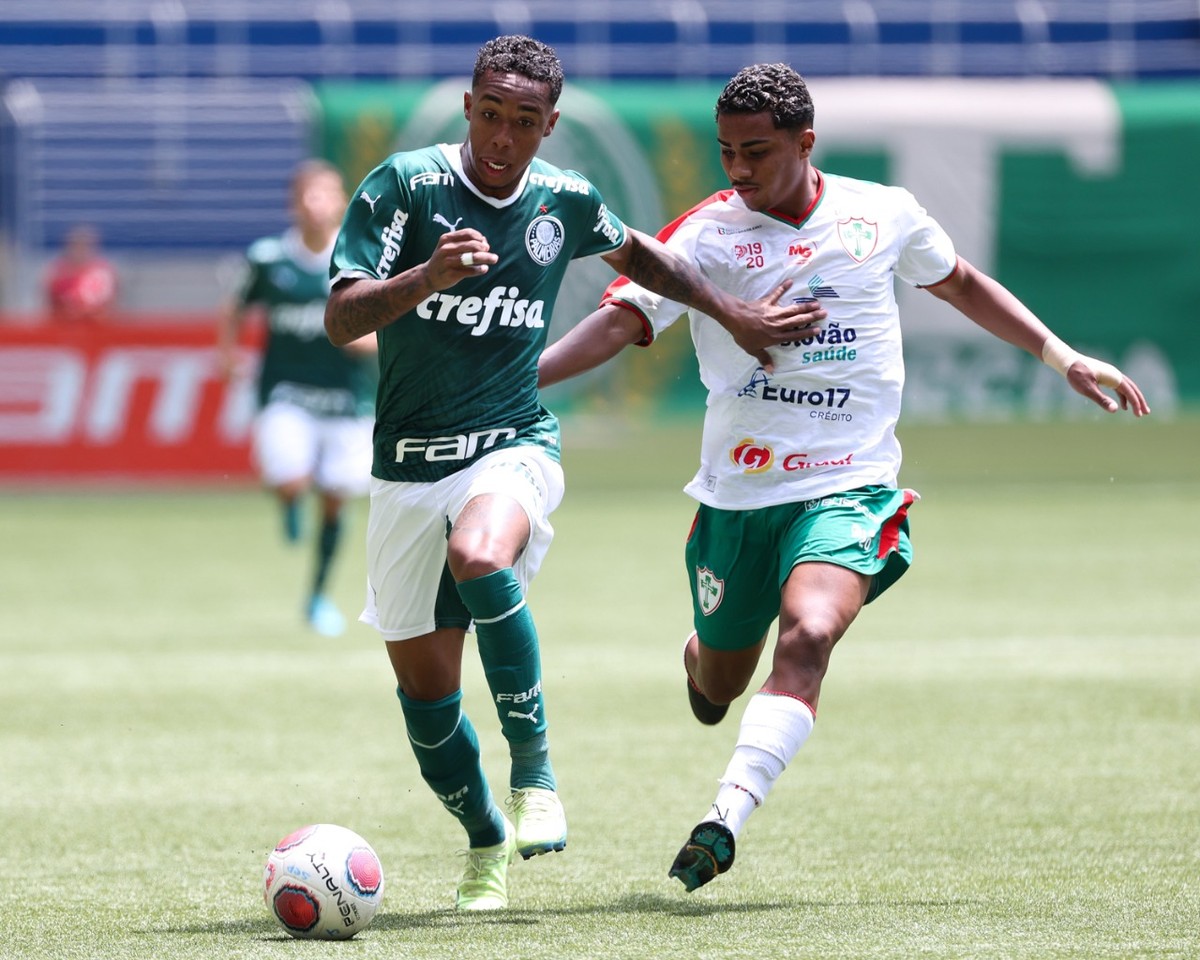 Current five-time champion, Palmeiras is eliminated from the Campeonato Paulista under-20. On Wednesday morning, in front of 717 people at Allianz Parque, Verdão was defeated by Portuguesa by 3-2, in the quarterfinals of the tournament.

Lusa opened a three-goal lead in the first half, with Paraizo, from a penalty, Wevysther and Misael. Verdão took it out in the second half with Daniel and Edney, but even with one more player they couldn’t get the tie.

Palmeiras says goodbye to the competition after being defeated 4-3 on aggregate. In the first leg, played at Canindé last week, the teams had drawn 1-1.

Palmeiras and Portuguesa, quarter-finals of Paulista under-20 — Photo: Fabio Menotti/Palmeiras

In all, Palmeiras played 24 games in the state under-20. There were 20 wins, two draws and only two defeats. Verdão scored 69 goals and conceded only 14, having the best campaign in the competition until being eliminated this Wednesday.

With 17 titles, Palmeiras is the biggest champion of São Paulo under-20, followed by São Paulo (ten) and Corinthians (nine). The competition has been played since the 1920s, with some breaks.

Brazilian under-20 champion with a goal from Endrick, Verdão is now in contention for the title of the Copa do Brasil in the category, where it disputes a spot in the semifinals in clashes against Iape-MA, still without defined dates and places.

Portuguesa awaits the definition of the semifinalists to know the opponent in the dispute for a place in the decision. The other clashes are between Ibrachina x Santos; Ponte Preta x São Paulo and Corinthians x Ferroviária.