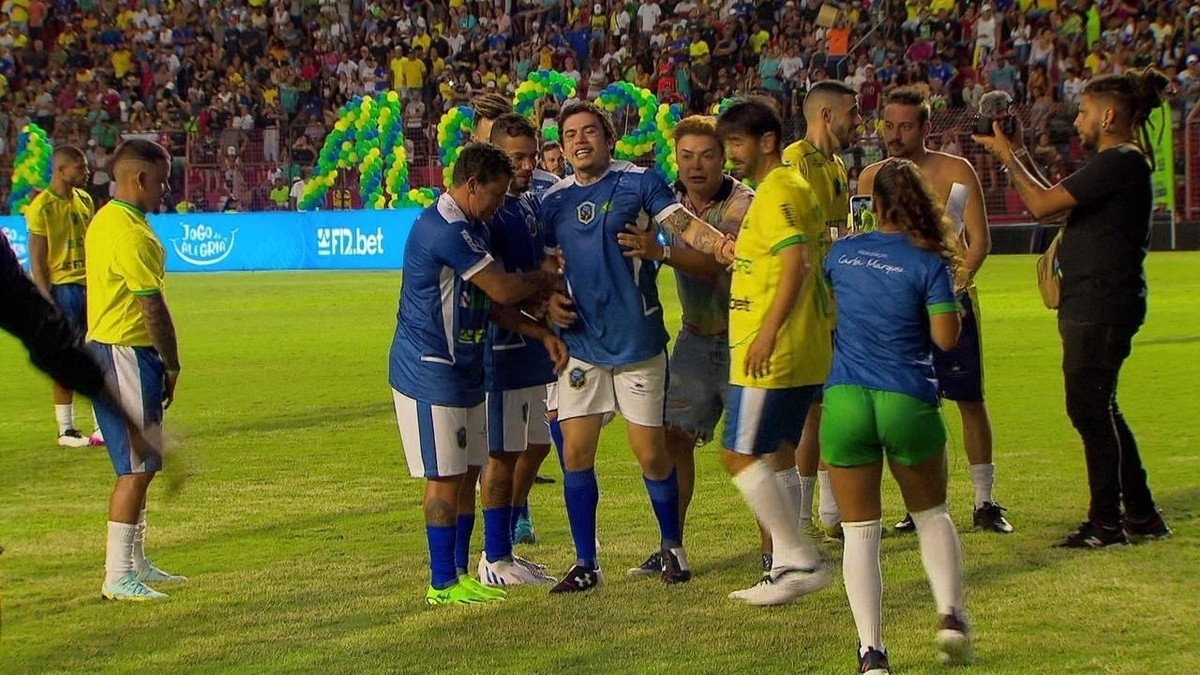 Ronaldinho Gaúcho won and won the team of digital influencer Whindersson Nunes during the Jogo da Alegria, held on Ilha do Retiro. In the match, the idol of the Brazilian team scored a goal. Whindersson was injured while trying to kick the ball in the small area and missed a penalty (see the bids in the video below).

– I got hurt while shooting an advertisement. I was already recovering to play, but when I got here, at the end of the first half, I felt it again. bruise. We even tried, but it won’t happen – said the influencer, during a video recorded in the locker rooms already undergoing treatment. 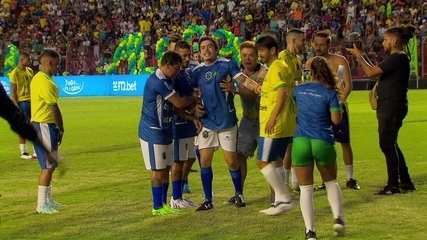 The dispute between Ronaldinho and Whindersson took place in the first half of the game, when the team of the former number 10 of the national team scored 4-2. In addition to swinging the net, Ronaldinho was also responsible for an assist in favor of the team and another against, where made it possible for the comedian Negrete to score. Neither of the two big names of the afternoon returned for the second leg.

Whindersson Nunes gets injured during a charity game on Ilha do Retiro – Photo: Reproduction

The match also brought together celebrities such as boxer Popó Freitas, ex-futsal player Fred, from the Desimpedidos channel, comedian Tirulipa and influencers, such as Pernambuco’s Ney Silva.

This was the first time that the charity event was in Recife. In the capital of Pernambuco, Jogo da Alegria collected food that will be distributed to victims of the heavy rains that occurred in May this year, in Pernambuco. The amount collected from this edition has not yet been accounted for by the organization.

Whindersson Nunes and Ronaldinho Gaúcho at the Jogo da Alegria, on Ilha do Retiro — Photo: Reproduction