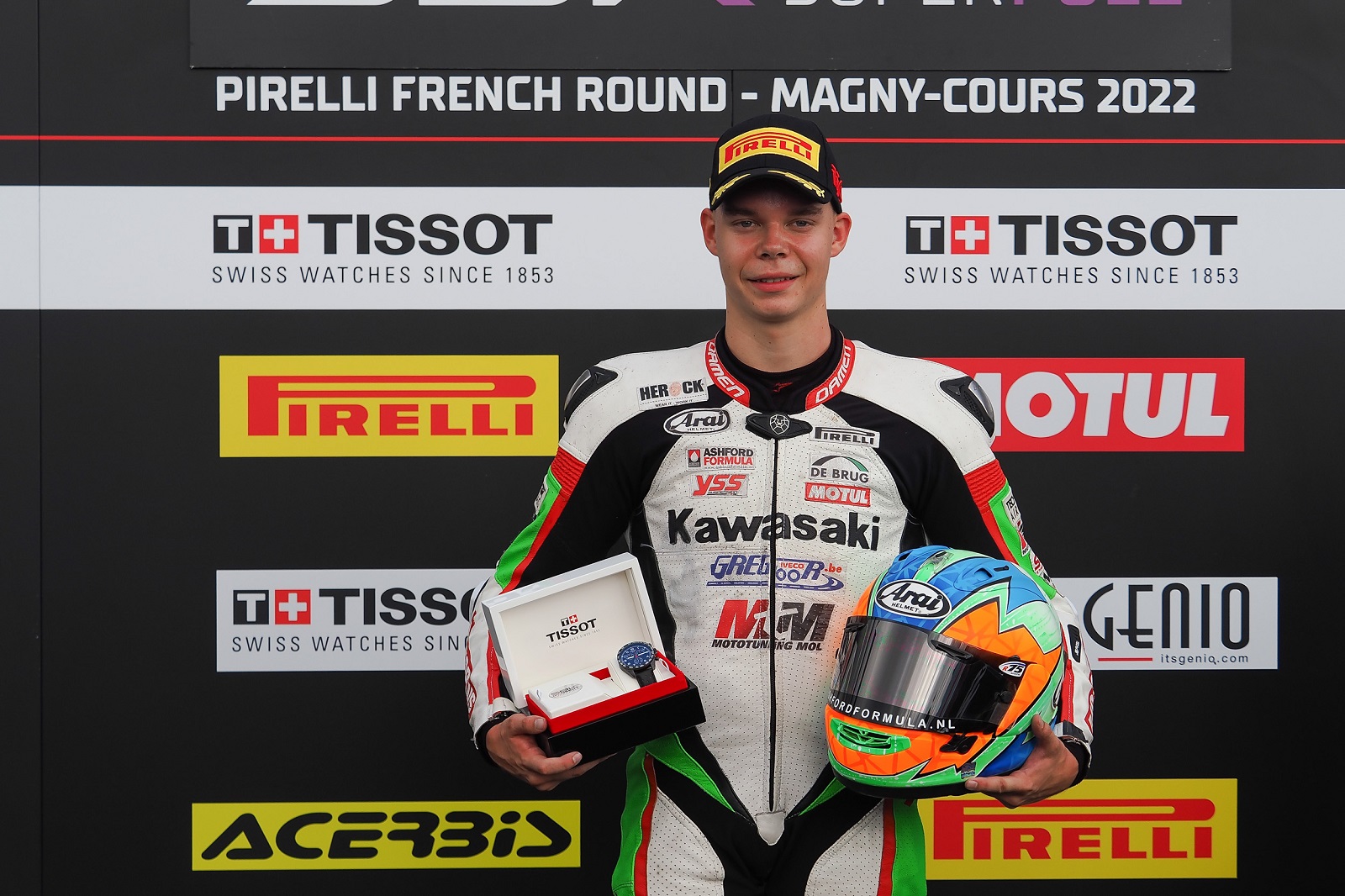 Dutchman Victor Steeman died at the age of 22 on Tuesday (11). The Kawasaki rider, who competed in the Supersport 300 World Championship, the WSSP 300, one of the World Superbike’s satellite categories, was hospitalized for three days in a critical condition after being hit on the head by another competitor and suffering multiple trauma when he fell from his motorcycle on the last corner of the Autódromo Internacional do Algarve, in Portugal, during race 1 of the class last Saturday (8).

Steeman, who once led the race, lost control and fell off the bike as he entered the main straight of the circuit. Then he was hit by José Luis Pérez González’s Kawasaki, which he couldn’t dodge. The accident immediately caused a red flag in the race and the race came to a halt, before a helicopter picked up the pilot and took him to a hospital facility in Faro.

“One thing you’re always afraid of being a motorcycle racer’s father has happened now. Our Victor failed to win his last race. Despite the unbearable pain and grief, we are very proud to have shared with you our hero who, when he died, saved five other people by donating his organs. We want to thank everyone for the way they lived with us the last few days. We will miss Victor immensely,” the family said in a statement.

Victor ended his last season with four wins and the runner-up in the Supersport 300 and, until the final stage, in Portugal, he still had a mathematical chance of being champion. The title went to the Spaniard Álvaro Díaz.

At the Barcelona stage, on the weekend of September 23, he entered the history of the category by marking his fifth pole, also adding to the results of last year: a historic record. In 2021, he placed tenth in the championship.

The rider was on the motorcycling trail from a young age. At the age of 10, in 2010, he joined the NK Junior category and continued to compete mainly in local competitions until 2013, when he became champion of the NSF100. Shortly after that, he was part of the group of drivers that sought selection in the Red Bull Rookies Cup, vying for the championship for some time until reaching the Supersport 300 World Cup.

Winner of the weekend’s race 1 at the Superbike World Championship, reigning champion Toprak Razgatlioglu paid tribute to the Dutch rider on the podium and expressed his feelings about the accident. “I’m not really happy today, because Steeman, the driver of the [Supersport] 300, had a serious accident and we are waiting for good news.”

It was the fourth death in minor categories or satellites in the last 16 months: Jason Dupasquier did not survive the serious injuries after the accident suffered in the Moto3 classification at Mugello in May 2021; Hugo Millán, just 14 years old, fell and was run over by Milan Leon Pawelec, in the Aragon stage of the European Talent Cup, in July 2021; Dean Berta Viñales, Maverick’s cousin, was even taken by helicopter to a hospital after a serious accident in the first Supersport race in Jerez, in September 2021, but he couldn’t resist.

In the wake of the deaths of Dupasquier, Viñales and Millán, the FIM (Federation Internationale de Motociclismo) announced about a year ago a change in the minimum age of several categories, including the World Supersport 300, which only allowed competitors over 16 years and a maximum of 32 drivers on the grid.

In the MotoGP World Championship, all categories will require a minimum of 18 years from the 2023 season, with the exception of the champions of the Moto3 Junior World Championship, the Red Bull Rookies Cup and the European Moto2 Championship. The contests also made reservations to competitors who are already active, so that they do not lose their spots.