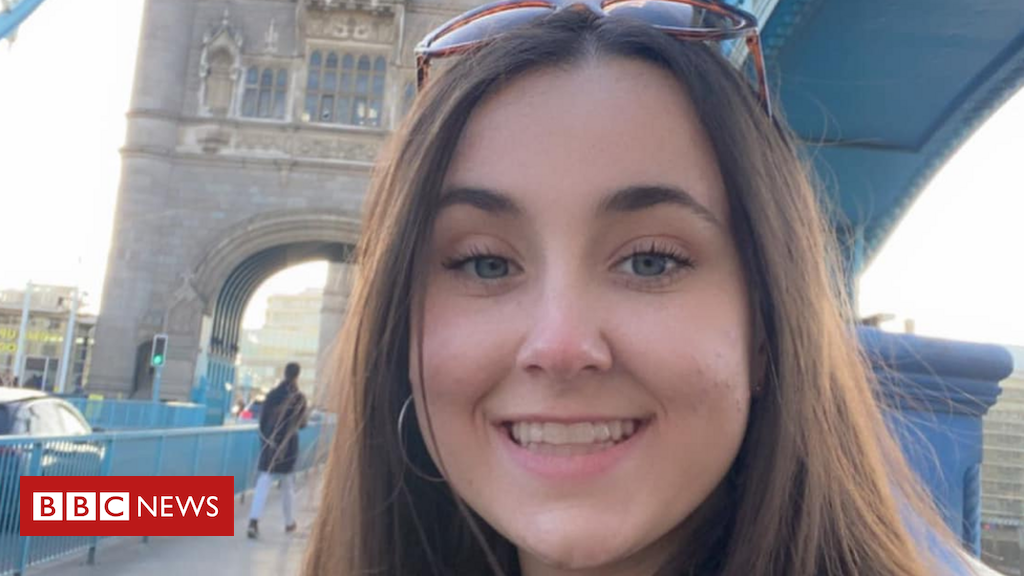 A man who stabbed his Canadian girlfriend 90 times has been sentenced to life in prison for her murder.

Jack Sepple, 23, killed 19-year-old Ashley Wadsworth in a “brutal” attack on their apartment in Chelmsford, Essex, UK, on ​​February 1.

The young woman is from British Columbia, Canada, and met Sepple online when she was just 12, before moving to the UK last year.

According to prosecutor Simon Spence, he murdered Wadsworth after he was “irritated by her decision to return to her home country of Canada”.

“He strangled and stabbed Ashley repeatedly and left her in the bed they shared while he went about his daily chores,” he said.

The autopsy found that the cause of death was stab wounds to the chest.

When police raided the apartment, they found Sepple on a video call with her sister, to whom she “showed her body”, the prosecutor reported.

When questioned by police about his actions, Sepple replied, “I got psychotic, I’m sorry,” adding, “I strangled and stabbed her.” He told officers the crime had taken place “two to three hours earlier”.

The judge in charge of the case, Edward Murray, said he committed a “brutal and cowardly attack” and “inflicted gratuitously about 90 wounds on his body”.

He further said the murder happened because Sepple faced “imminent loss of control over her”.

The young woman’s body had wounds on her wrists, from when she tried to escape the attack, but the rest of the injuries were in the chest area.

Ashley’s mother, Christy Gendron, said in her statement during the trial process that she “wasn’t too happy” with her daughter’s trip to meet Sepple, “but she was an adult so I couldn’t stop her.”

“Ashley’s crush and love for Jack would eventually cost her her life,” she said.

She told the court: “This is a nightmare that, thanks to you, Jack, we will never wake up from.”

His father, Ken Wadsworth, addressed the defendant directly during the trial, telling him, “Jack, you need to know and accept the brutality of what you did and the endless pain you caused my family.”

According to the affidavits collected by the court, the couple met online when Ashley was 12 years old and Sepple was about 15 years old. They had a long-distance relationship, but Sepple had other relationships during this time.

The young woman moved to the UK in November, according to her Facebook profile information, allegedly using a tourist visa.

On the morning of the murder, a neighbor said she heard a woman screaming. After that Ashley came to her and told her that Sepple had “beaten her and thrown the kitten against the wall”.

Wadsworth was “hysterical” and said that Sepple was going to kill her, but Sepple apologized and appeared “calm”, according to the witness.

According to the court, the defendant already had previous convictions, including for harassment, violation of a restraining order when contacting a girl after she ended her online relationship and assaulting her mother.

Spence, the prosecutor, said Sepple had a “clear history of violent and controlling behavior towards partners”.

Christopher Paxton, Sepple’s attorney, said the murder took place amid “a crisis in the relationship” and that his client admitted to the murder.

Cheryl Williams of the Crown Prosecutor’s Services said Ashley was “just two days away from coming home when she was killed”.

She further stated that the testimony of a witness detailed “Sepple’s toxic and controlling behavior”.

Detective Supt Scott Egerton of Essex Police said Ashley’s family “could never have imagined the terror she was experiencing”.

‘There was nothing that could stop her’

Ashley was like a supersonic human plane, according to her mother, Christy Gendron. “She was amazing. Curious, adventurous, she liked sports and was always outdoors.”

“It had a lot of energy.” As a child, Ashley loved horseback riding, skiing and sailing.

At age 12, a local friend virtually introduced her to an English boy: Jack Sepple. And for seven years, “they were friends on Facebook.”

“It wasn’t a relationship,” says the mother. “They would come and go, talk a little bit, as they grew up he would hang out with other people and they would stop talking and so on.”

Although they didn’t meet their daughter’s future boyfriend in person, Sepple’s face was part of the family’s life in Canada. He and Ashley were always talking on FaceTime.

Ashley became a Mormon at age 18 after having what she described to her mother as a “God moment”. So she decided she wanted to move to the UK to be with Sepple.

The mother was worried about the idea. “But there was nothing that could stop her.”

“She always compared every boy she knew to Jack.”

“I thought the worst thing that could happen is he leaves, the relationship doesn’t work out, and she comes home,” she says. “Murder never crossed my mind.”

Ashley had raised her growing concerns about Sepple’s behavior with her family and the Mormon church in the town she moved to in the UK.

She had even booked a flight back to Canada for February 3 this year. But two days earlier, Sepple had stabbed her to death.