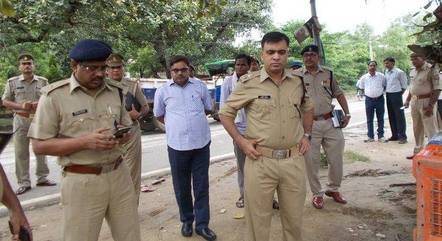 Three people have been arrested in southern India for the sacrificial murder of two women in hopes of attracting fortune and luck, police said on Wednesday.

A traditional healer, his wife and an alleged psychic were arrested for “human sacrifice” on Tuesday.

The psychic, “brain” of the case according to the police, lived in Kochi, in the state of Kerala (south), where the two victims sold lottery tickets.

He suggested to the couple “a human sacrifice to gain access to great wealth”, Pramod Kumar, a spokesman for the Kerala police, told AFP.

The clairvoyant “led” the victims to the couple’s home, making them believe they would be hired to work on a local film.

According to investigators, the couple, who complained that their financial situation had not improved after the first sacrifice, were persuaded to kill again in September.

“We were already investigating the case of the missing women when we discovered that the last cell phone location of the second missing woman in September was near the couple’s home,” Kumar added.

The victims’ bodies were dismembered before being buried in the couple’s backyard, about 100 kilometers from Kochi.

Kerala police are now investigating whether the seer, described as a “sexual pervert” and already accused of rape, is involved in other similar crimes.

Earlier this month, two construction workers were arrested for the murder of a six-year-old boy in the capital New Delhi, according to local media.

According to the police, they said that, under the influence of drugs, they killed the boy as a sacrifice to the Hindu god Shiva in the hope of enriching himself.

According to experts, belief in witchcraft and the occult remains widespread in India, especially in tribal and remote areas where human sacrifice is occasionally reported.

Previous Why do we need to delete this data?
Next Anne Hathaway says her look similar to her character was an accident