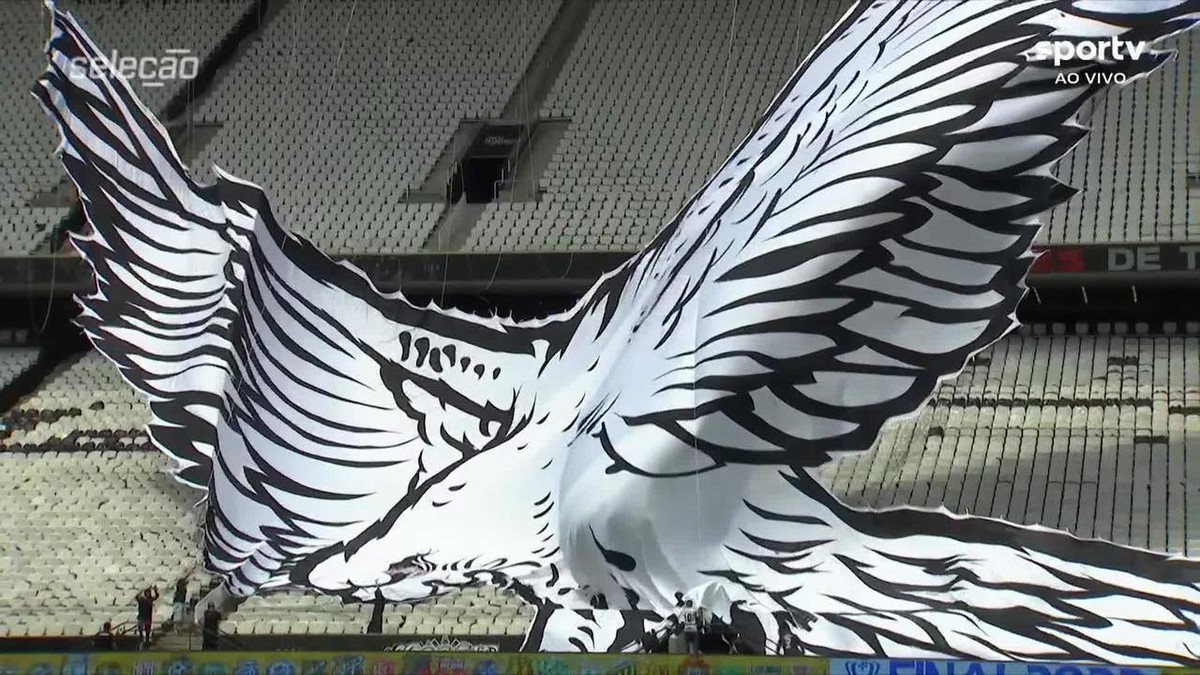 There are plastic scattered in black and white on the chairs of the lower and upper east sector, which will be raised by the fans when the team enters the field until the moment of the kick-off. With them, a huge hawk will be raised. See below: 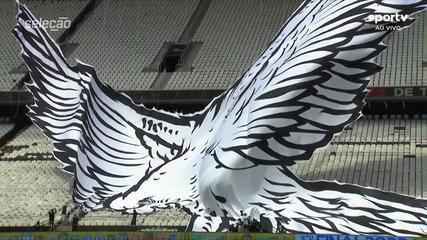 The fans are secretive about the sentence that will be formed, but they had to change their plans during the day. The word “hawks” would be hoisted over the mosaic, but the structure became too heavy, unable to support it.

READ MORE:
+ Corinthians vs Flamengo: who has more titles in the century?
+ Overcoming and faith: how Róger Guedes became a protagonist

Corinthians fans have been making mosaics at the Alvinegra house for a few years now. The last one happened a few days ago, before Timão’s title against Internacional in the Women’s Brasileirão. The phrase “Up, Brabas” was formed in reference to the way the team is known.

Hawk that will be part of the mosaic at Neo Química Arena — Photo: Reproduction / sportv

Previous Made of ice? Roberta laughs coldly amid the pressure: “I prefer it that way” | volleyball
Next Whatsapp: THE LIST of cell phones that will stop working the application in October is OUT; Look