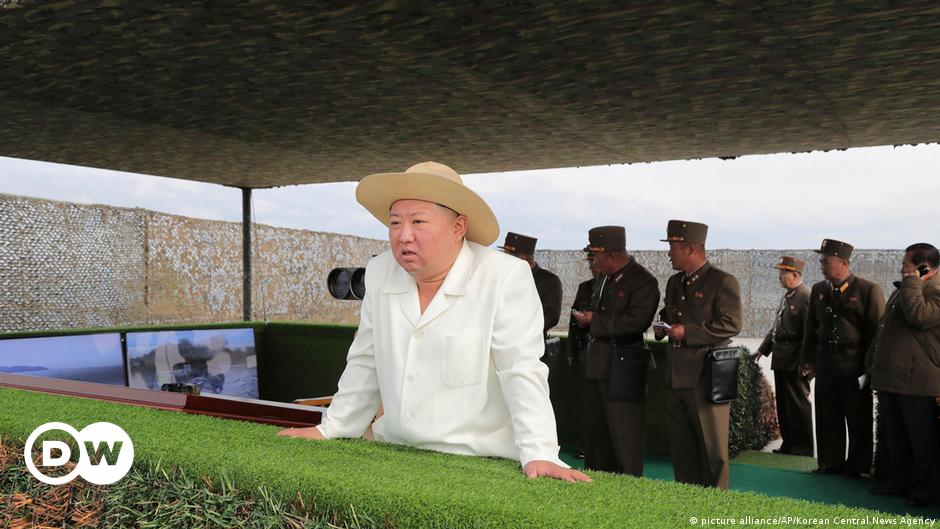 North Korea said on Monday that the missile launched over northern Japan earlier in the month was a “new type of land-to-ground intermediate-range ballistic missile”, that is, designed to be fired. from the ground against ground targets. On the same day, state media reported that the country’s leader, Kim Jong-un, had recently attended exercises by his tactical nuclear units.

The North Korean military’s two-week exercises involved nuclear-capable ballistic missiles, warplanes and other assets to carry out possible attacks on South Korean and American targets. There is widespread expectation that Kim will order another secret nuclear test at the Punggye-ri Proving Grounds.

Analysts say that after several years of relative restraint, with a limited number of missile launches and the last nuclear test taking place five years ago, North Korea may be returning to a more aggressive stance towards its rivals.

Apparently, events in other parts of the world were not ignored by Pyongyang.

“North Korea has learned lessons from what is happening in Ukraine,” says Dan Pinkston, a professor of international relations at the Seoul campus of the University of Troy.

“The country can clearly see the usefulness and importance of having nuclear weapons capability, as Russia uses them in Ukraine as a deterrent against a NATO attack. But while they can be very effective in deterring enemies, nuclear weapons are not at all effective in making an enemy do something.”

In an interview with DW, Pinkston points out that “North Korea’s political goals have been pretty consistent over time and remain the same. Fundamentally, the country says it is still fighting the revolution and will continue to do so until the ‘final victory’. , which would be a united peninsula under North Korean control.”

Even more urgently, North Korea is pushing for an end to international sanctions imposed on the regime over its nuclear and ballistic missile programs, as well as to be recognized as a nuclear power, says Pinkston. He points out that Pyongyang firmly believes – rightly or wrongly – that such recognition would give the regime prestige and respect.

“Long-term, [a Coreia do Norte] wants to end US security alliances in the region, particularly with South Korea and Japan, and for US forces to leave Northeast Asia,” says the professor.

Min Tae-eun, a researcher at the Korea Institute for National Unification in Seoul, agrees that the recent missile launches and other military exercises are intended to be a “show of strength” against the US and South Korea, as well as a show of power. national level for the population itself. But for her, it goes beyond that.

The researcher also emphasizes that it is important to identify how North Korea changes its behavior on the international scene in the long term.

“The US and South Korea have no viable options to change North Korea at the moment, and I think we can say that international sanctions were a failure. What can Washington or Seoul do when the next nuclear test takes place?” question.

Pinkston of Troy University notes that rather than weakening resolve in the region, recent North Korean launches have had the opposite effect. In addition to more multilateral military exercises, including the deployment of German fighter jets for exercises with Japanese partners, Kim’s aggression has served to bring South Korea and Japan closer together.

Two years ago, the governments of Seoul and Tokyo barely spoke to each other, and there was little prospect of security cooperation between the two. Recently, however, warships from both nations have participated in joint anti-submarine military exercises with the US.

This new willingness to cooperate is, in part, a result of the growing threat posed by North Korea, as well as the growing awareness that China has more territorial ambitions in the region. The war in Ukraine also indicates that peace cannot be taken for granted.

“However, when it comes down to it, the North Korean nuclear threat is hollow,” says Pinkston. “If Kim gave the order for a nuclear strike, it would be suicide. The only value these weapons have is deterrence, and I don’t see any other country planning to attack North Korea.”

Previous Samsung releases new update for Galaxy Watch 4 and 4 Classic in Brazil
Next Handcrafted and produced in small quantities, the São Januário foosball table is launched in Vasco | vasco