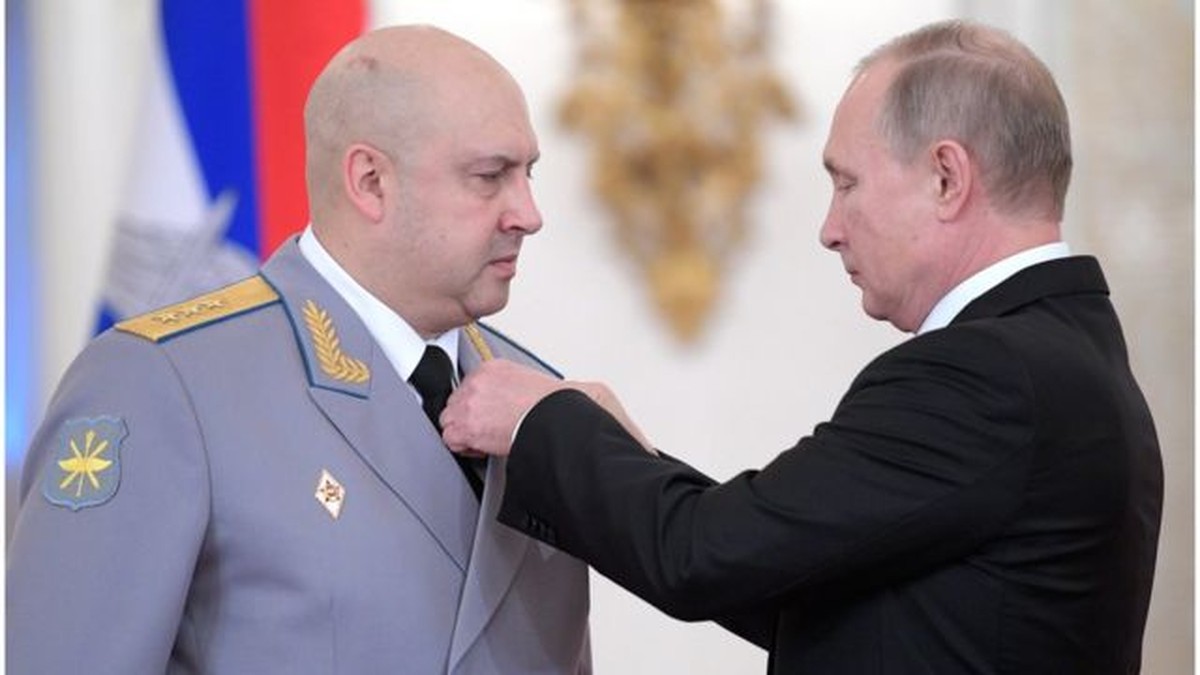 Who is Sergei Surovikin, the ‘ruthless’ Russian general who now commands the Ukraine offensive | Ukraine and Russia

Russian President Vladimir Putin has put one of his most prominent generals on the front lines of the war in Ukraine.

Army General Sergei Surovikin was made “commander of the Joint Troops Group in the area of ​​special military operation”—which is what the Kremlin calls the invasion of Ukraine.

With this decision, Moscow gave a message within its war strategy hours after the partial collapse of the Crimean bridge occurred in the early hours of Saturday.

The bridge’s destruction followed an explosion of a truck that set fire to seven fuel tanks.

Ukraine has denied any responsibility for the incident.

On Monday, Russia attacked Kiev with missiles. The harsh attack came months after the last approach by Russian troops to the Ukrainian capital.

Putin called the operation a response to an “act of terrorism” for which he blamed the government of President Volodymyr Zelensky.

The operation was also Putin’s response to internal critics, who are growing uneasy about the country’s losses in the war and increasingly vocal with its calls for tougher action, according to Sarah Rainsford, the BBC’s Eastern Europe correspondent.

Kremlin officials and TV presenters who were despondent just a few days ago now applaud the new attack on their neighbor, cheer and even dance in social media posts.

Ukraine, on the other hand, mourns its dead and tries to rebuild itself amidst the rubble of several attacks.

Surovikin was born in Siberia, is 56 years old and has a rising military career: he fought in Afghanistan, Chechnya, Tajikistan and Syria. He carries with him a reputation for cruelty and brutality, although in Russia he is seen as a “tough and demanding military leader”.

In Chechnya, his public pledge to “destroy three militants for every soldier killed” became famous, according to Russian news agency TASS.

Before being named an army general in August 2021, Surovikin fought in the war in Syria.

He has led the group of Russian troops in that country since March 2017 and, according to TASS, has taken control of most of the territory, main transport links and oil fields.

In November 2017, he was appointed Commander-in-Chief of the Russian Aerospace Forces and thus responsible for the aerial destruction of much of the Syrian city of Aleppo.

A month later, in December 2017, Surovikin was decorated by Putin: he received the title of Hero of the Russian Federation “for the courage and heroism shown in the discharge of military duty in the Syrian Arab Republic”.

The general’s record also includes the killing of pro-democracy protesters in Moscow in 1991 during an attempted coup — at the time, he was described as “relentless.”

The soldier was arrested at the time, but then-Russian President Boris Yeltsin ordered his release, according to TASS.

Surovikin had already led the “South” group of troops in Ukraine since the start of the war in March, according to Frank Gardner, the BBC’s security correspondent.

For Gardner, it is not clear what the change of position could cause in the course of the conflict.

In Ukraine, Russia faces a combative army, equipped and trained by the countries of the North Atlantic Treaty Organization (NATO), and the Russians are losing ground and prestige.

The Kremlin lost several generals killed at the front and others were sacked for incompetence.

And radicals in Moscow are calling for a more aggressive approach to achieving their goal of subjugating Ukraine.

The Crimean bridge incident brought consternation to the Russians as the war progressed.

Appointing Surovikin to command troops in Ukraine was “Putin’s concession to the radicals,” says Rainsford.

Internal critics have long called for attacks on civilian infrastructure.

“When are we going to start fighting?” demanded propagandist Vladimir Solovyov, arguing that it was better for Russia to be feared than ridiculed.

Grigory Yudin of the Moscow School of Economic and Social Sciences described Monday’s bombing as “an act of desperation” aimed primarily at solving Putin’s internal problems.

The Russian president seems to have embraced the idea that you have to “scare the opponent to death” in order for him to give up, Yudin wrote on Twitter.

Former Russian President Dmitry Medvedev, once seen as a liberal, has warned that these attacks are just “the first episode”, with more to come soon.

“It is clear that Russia’s forces are currently very spread out on many fronts. If Surovikin plans a radical attack, he may decide to focus on a single area and apply overwhelming force,” says Gardner.