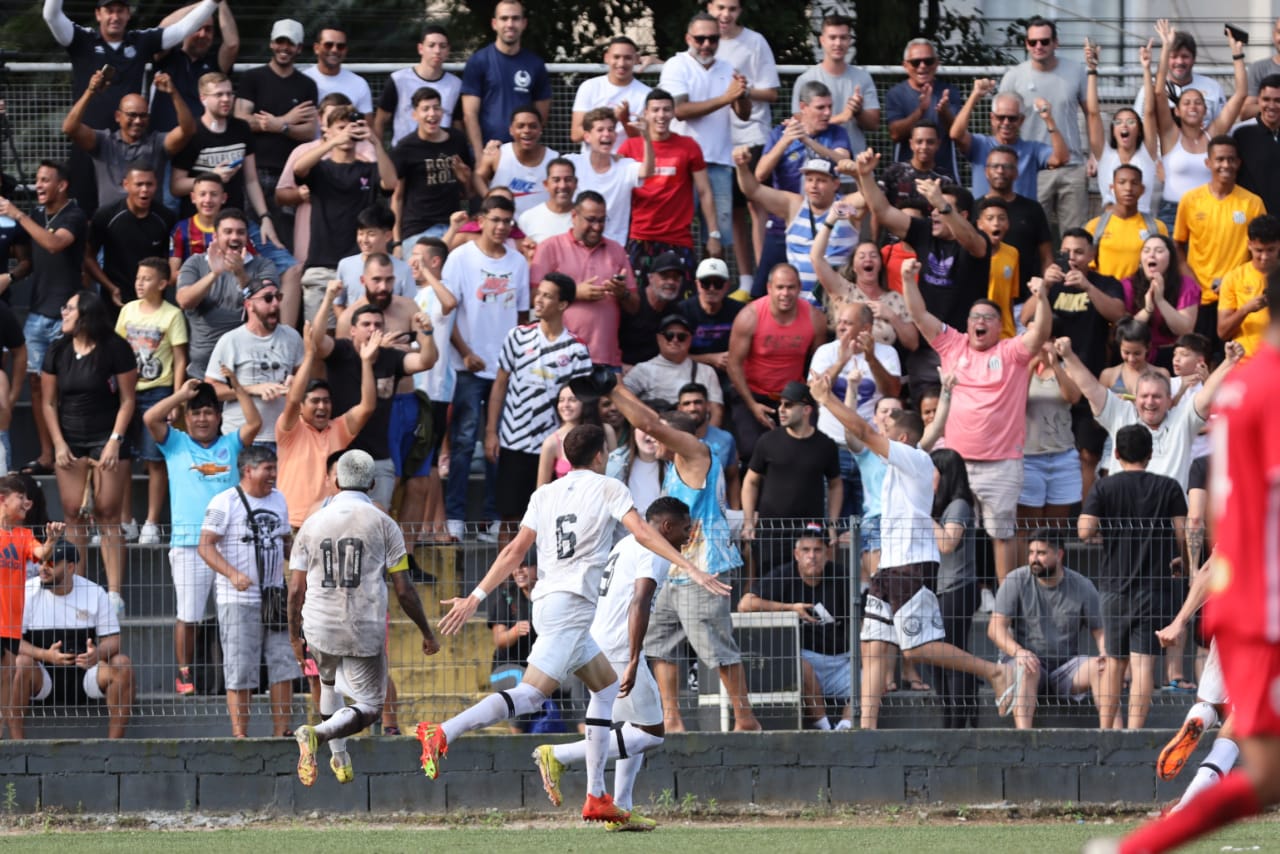 With Miguelito in the starting lineup, Santos reverses Ibrachina’s rout and advances to the Paulista under-20 semi

After being thrashed by 4 to 1 in the first game, Santos got the change at Ibrachina this Wednesday. Peixe beat their rivals by 4-0, at CT Rei Pelé, for the return match of the quarterfinals of the Paulista under-20 Championship. With that, Meninos da Vila advanced to the semifinals of the tournament

After making his professional debut last Monday, midfielder Miguelito started this afternoon and played a key role in the classification, when he suffered a penalty, converted by Ivovei. In addition to him, another Bolivian shone. It is forward Enzo Monteiro, who scored the home team’s first goal.

So far, only Peixe and Portuguesa are already guaranteed. On Thursday, Ponte Preta welcomes São Paulo, at 3 pm, while Corinthians plays at home against Ferroviária, at 7 pm.

IT WAS IN THE RACE, IT WAS IN THE FIGHT! With one player less since the 21st minute of the 1st half, Santos FC scored three goals in just 6 minutes and closed with one more in the second half to turn the aggregate score around and qualify for the semifinals of the #PaulistãoSub20. 👏 pic.twitter.com/ckUWsaS6nf

Santos started the game pressured by the rout suffered in the first leg and saw the situation get even more complicated in the 21st minute, when defender Derick was sent off.

Even with one less, the Fish went up. The boldness was rewarded in the 43rd minute, when Enzo Monteiro opened the scoring with a beautiful header in the corner. And it didn’t take even a minute for the advantage to increase. In the next move, Miguelito was fouled in the area and received a penalty. Ivonei took responsibility and converted.

At 49, defender Carlos tried to cut a cross and ended up sending it against his own goal, scoring the third of Santos.

In the second half, Santos continued to tighten, but had more difficulties to break the mark. On the other side, Ibrachina had a golden chance to cash in and change the game’s history in the 35th minute. Goalkeeper Edu Araújo missed the ball and lost to Jhonnathan, who had an open goal to score. The striker, however, sent it out and missed an unbelievable chance.

And the wasted goal cost a lot. That’s because, in the 39th minute, Jair threw a great pass to Victor Michell, who dominated and touched the goalkeeper’s exit to mark the Meninos da Vila fourth.

In the end, Peixe only managed the score to confirm the comeback and guarantee a spot in the semifinals.