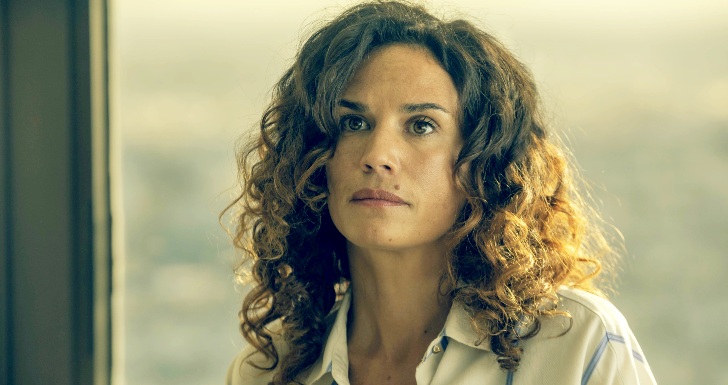 AMC in October | what do we recommend

It’s Halloween month, and in addition to the extraordinary series that AMC has already accustomed us to, the month of another sees the arrival of great horror movies!

October is the month of terror, and for that reason, AMC not only announces new episodes of drama and mystery series like “Spiral” and “Luther”, but also high-caliber horror cinematographic works. Fear Fest fills the channel’s grid at the end of the month, giving the opportunity to experience feature films such as the classic “O Tubarão”, the always modern “Gritos”, and the eternal macabre of “O Enigma do Horizonte”. As a month of success is not built on horror alone, the channel also prepared several movie sessions with Charlize Theron’s “Aeon Flux”, “Indomitable” with Jeff Bridges, and “The Wolf of Wall Street” with Leonardo DiCaprio.

Are you ready for an October filled with entertainment?

LUTHER is one of those series that is already part of our collective imagination, as well as its protagonist, inspector John Luther… And after five seasons, more than thirty nominations and several adaptations, AMC brings the successful and long-awaited French remake.
Théo Luther is the chief inspector of the Paris Police Operational Unit and opts for unconventional methods. His unit is in charge of investigating the most serious crimes and after months of investigating a serial killer and pedophile, he suffers a nervous breakdown and takes some time to recover.
Now, after coming out of rehab, he’ll have to gather evidence against Alice, a mysterious woman who, according to Luther, murdered her parents and started stalking him, while solving some of Paris’ worst crimes.

“Spiral” arrives on AMC with a double episode, every Tuesday at 10:10 pm.

In September, we bring you one of the biggest hits on French television. A series nominated for BAFTA awards and with more than 23 other nominations, which has been rocking for 15 years on the small screen of the country of the Gauls. An absolute reference in police series, broadcast in more than 70 countries and which, finally, you will be able to enjoy on AMC.
Through a young prosecutor, a police captain, an investigating judge and a lawyer, this series describes the day-to-day life of a Parisian court, its intrigues, the lives of its officials and its ingenuity. With very well-built characters, full of lights and shadows, SPIRAL will be a new addiction.

Karen, a single mother, offers her son Andy a doll for his birthday, unaware of the evil nature hidden inside. A contemporary reimagining of the 1988 horror classic directed by Lars Klevberg and starring Aubrey Plaza as a mother and Gabriel Bateman as a son, Brian Tyree Henry as a detective investigating a series of murders and Mark Hamill from “The War of the Dead”. Stars,” in Chucky’s disquieting voice.

No plan, no support and no choice. Agent Ethan Hunt (Tom Cruise) and his elite team go underground when an explosion in the Kremlin accuses them of being terrorists. While trying to clear his name and that of the agency, the team uncovers a conspiracy to start a nuclear war. Now they must save the world and their mission has never been more dangerous or impossible. The fourth installment in the franchise sees spectacular locations, daring action scenes and Tom Cruise casting himself, no stunts…

In the small town of Woodsboro, California, student Sidney Prescott (Neve Campbell) is still trying to deal with her mother’s murder the year before. While Sidney’s testimony helped convict her mother’s young boyfriend Cotton Weary (Liev Schreiber), reporter Gale Weathers (Courteney Cox) continues to question Sidney repeatedly for details of what transpired. When a series of murders begins to take place among Sidney’s classmates and friends, questions about the specific objective of Sidney’s mother’s killer and what really happened arise again. Gale comes to town to report on the story, establishing an unlikely connection with bumbling but kind-hearted local law enforcement officer Dewey Riley (David Arquette).

tall, sexy and lethal. So is Aeon Flux (Charlize Theron), a professional assassin who lives to avenge her family’s death and protect her community from outside threats. We are in the 25th century and Bregna is the only city to survive the virus that decimated Humanity. Led by a group of scientists who control every movement of its inhabitants and immersed in an apparent calm and tranquility, Bregna hides a corrupt system that Aeon Flux and other compatriots try to overthrow.

Based on the best-selling novel (1967) by Ira Levin, this new adaptation of ‘The Devil’s Seed’ centers on a young New York couple who decide to move to Paris in the hope of forgetting a painful event. After a series of unfortunate incidents, Rosemary and Guy Woodhouse have an opportunity they can’t refuse: to live in an apartment in the most prestigious district of Paris. The problem is that it has a dark past and a diabolical price tag.

From the Academy Award-winning director comes the first blockbuster of modern times. When a great white shark starts hunting people off the beaches of New England, the local police chief (Roy Scheider), a shark expert (Richard Dreyfess) and a veteran fisherman (Robert Shaw) begin a dangerous quest to hunt the creature.
Based on Peter Benchley’s bestseller and nominated for four Oscars, including Best Picture, this classic took millions of bathers away from the sea.

the wolf of Wall Street

The true story of New York stockbroker Jordan Belfort. From the American dream to corporate greed in the late 1980s. Success and his massive fortune in his early 20s earned Belfort the title ‘The Wolf of Wall Street’.

Danny Lugo (Mark Wahlberg), director of the Sun Gym in Miami in the 1990s, decides he has only one way to fulfill his version of the American dream: extortion. To achieve his goal, he recruits the muscular Paul (Dwayne Johnson) and Adrian (Anthony Mackie) as accomplices. After several failed attempts, they kidnap wealthy businessman Victor Kershaw (Tony Shalhoub) and convince him to give them all his assets. But Kershaw manages to survive and the authorities are reluctant to believe his story.

“Mission Impossible” is highlighted at 10:10 pm on the 28th of October.

With the “IMF – Impossible Mission Force” dismantled, the world faces a new threat, the Syndicate. This new group of highly trained agents is bent on creating a new world order through a growing series of terrorist attacks. Ethan Hunt (Tom Cruise) gathers his team and joins British agent Ilsa Faust (Rebecca Ferguson) who may well be a member of this rebellious nation.

The action returns to the small screen on October 26, at 11 pm.

Are you going to watch any of these series and movies on AMC?

At the end of September, entergalactic arrived on Netflix and sprang from the mind of …