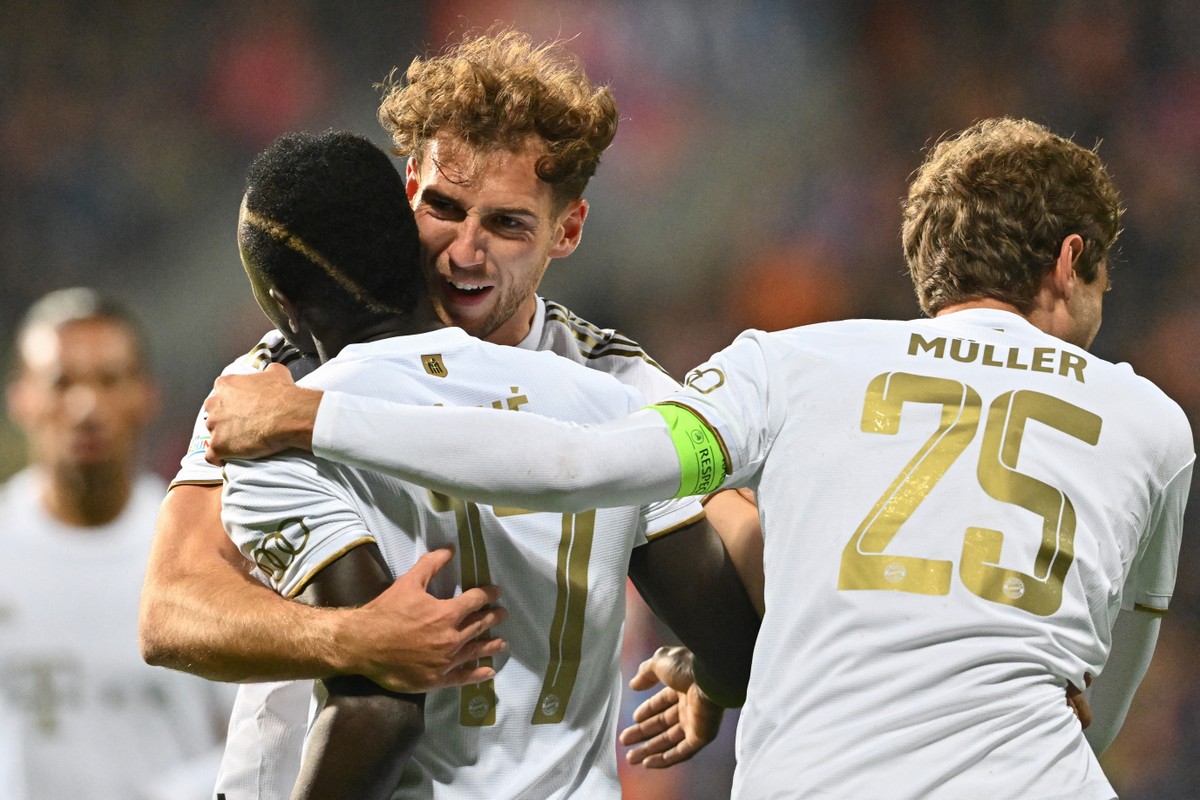 Champions: Bayern Munich win and guarantee in the round of 16 | Champions League

Bayern Munich’s victory in the Czech Republic started with Sadio Mané. In the ninth minute, the Senegalese scored with Goretzka on the left, received inside the area and finished on the goalkeeper’s exit. Shortly after, at 13, Coman crossed low from the left, and Müller anchored to make the second of the Bavarians.

The third and fourth goals came from Goretzka’s feet. At 24, the midfielder received at the entrance of Müller’s area, dominated and finished well. Ten minutes later, the assist came from Sané, from the left, and the shirt 8 entered the area and gave a nice cavadinha to beat the goalkeeper Stanek.

After the break, the Germans slowed down, and Viktoria Plzen managed to react. At 16, Vlkanova hit a beautiful kick from the edge of the area on a rebound and made the first of the home team. At 29, Kliment received inside the area of ​​Holik, turned and kicked to give final numbers to the score: 4 to 2.

Bayern are in the round of 16 and lead Group C with 12 points. The Bavarian team and Napoli are the only ones with 100% success in the Champions League. Viktoria Plzen remains zero, in the bottom, and has remote chances of managing to finish in third place and go to the Europa League.

The next round is on the 26th of this month: Bayern go to Camp Nou and face Barcelona, ​​and the Czechs visit Inter in Milan.

To meet fan requests, the sports metropolis will lower the price of tickets for the …