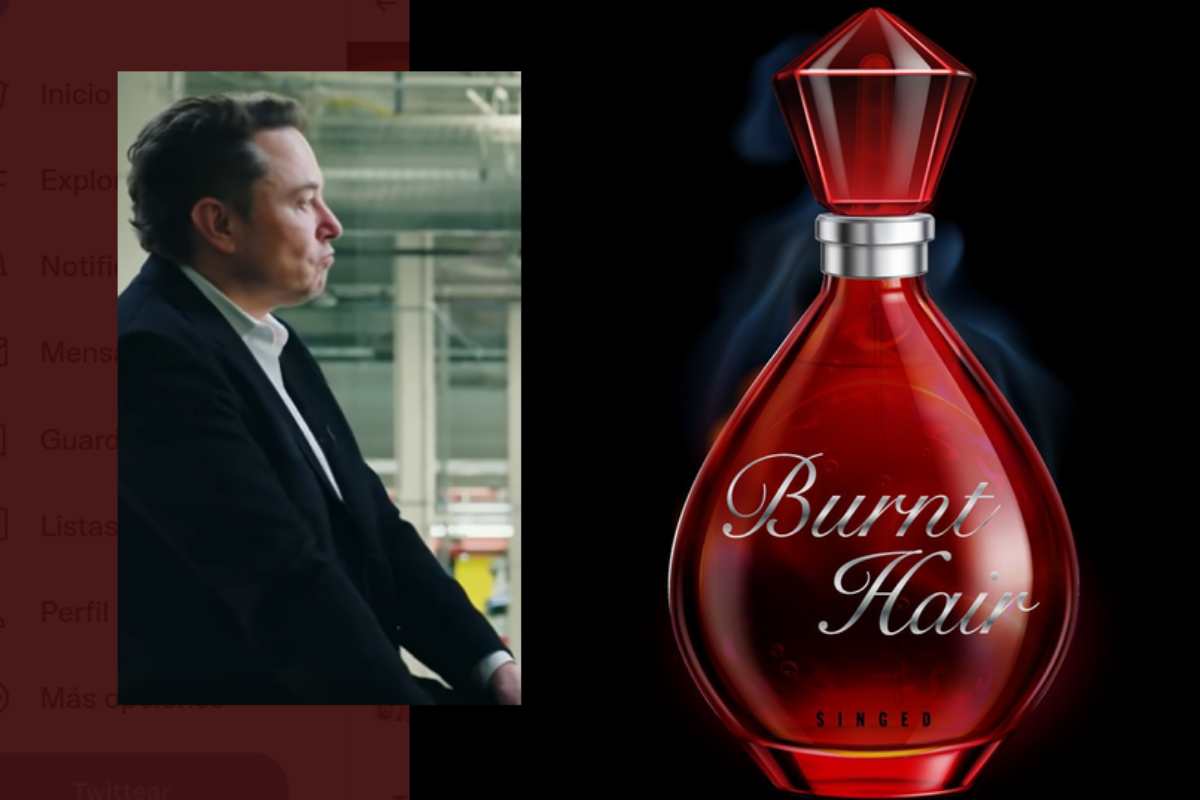 Elon Musk is one of the richest men in the world, owner of Tesla and SpaceX, but he is also following in the footsteps of some celebrities and has fallen into the temptation of launching his own perfume. And the name of the fragrance is even stranger: “Burnt Hair”, or ‘burnt hair’.

Despite the name he chose for its aroma, the perfume is already a great success, although it will only be launched in 2023. According to “People” magazine, the Tesla founder will make 10,000 bottles available for pre-sale.

“With a name like mine, getting into the fragrance business was inevitable – why did I fight it for so long!?” he joked.

Created by Musk’s Boring Company, “Burnt Hair” – which Musk called “the best fragrance on earth” – costs $100 a bottle, and is expected to arrive in early 2023 under the slogan ‘a essence of disgusting desire’.

Read+: Elon Musk wants to colonize Mars but won’t participate in the trip

“It’s like leaning over a candle at the dinner table, but without all the hard work,” promises The Boring Company’s website.

Musk was happy with the interest and even changed his Twitter bio to ‘Perfume Salesman’.

Many users believe that this is an engineer’s joke.

In a new interview with the Financial Times newspaper, Elon Musk broke the silence about his estrangement from his daughter Vivian Jenna Wilson, four months after the 18-year-old’s name and gender change. The billionaire businessman said it was his son’s decision to distance himself from him, and that this decision was ‘influenced by neo-Marxists in educational institutions’.

Although he believes that his strained relationship with Vivian could change in the future, now the relationship is complicated, but it’s not Musk’s fault:

“It’s total communism and a general feeling that if you’re rich, that’s bad,” the 51-year-old said, without specifying which educational institutions he was referring to.

In addition to Vivian, who Elon Musk shares with his ex-wife Justine Wilson, they are also parents to Griffin, 18, and Saxon, Kai and Damian, 16.

The SpaceX and Tesla owner also has four other children from previous relationships, including a couple with singer Grimes, and twins with Canadian executive Shivon Zilis.

About the other children, the engineer assured: “I have a very good relationship with all the others (…) It is not possible to win all of them”, he justified.

In June, news broke that Vivian had requested a name and gender change two months earlier, requesting that her surname be changed to Vivian Wilson instead of Vivian Musk. She explained in the documents that ‘she no longer lives with her biological father and does not want to be related to him in any way’.

Last June, US Weekly magazine revealed that one of the sons of billionaire businessman Elon Musk has decided to change his name. Xavier Alexander Musk, 18, is transgender, and has filed a claim in Los Angeles court, asking the court to authorize the change.

The teenager, according to the publication, claimed that she does not want to be associated with her billionaire father in any way and already signs her new name as “Vivian Jenna Wilson”. According to documentation obtained by Radar Online magazine, Xavier filed his application in recent months. In the documents she states the reason for the decision:

“Gender identity and the fact that I no longer live or wish to be related to my biological father in any way or form.”

Apparently the teenager didn’t like the recent comments from her father who has a very particular opinion on trans people. Elon Musk tweeted in July 2020:

Read+: Johnny Depp has an affectionate nickname for Elon Musk

“Pronouns suck… I absolutely support trans, but all these pronouns are an aesthetic nightmare,” he criticized.

In addition to Xavier, the businessman has seven other children, including two with his ex, Grimes.

During the trial of Amber Heard and Johnny Depp, word got out that Elon Musk is the biological father of Amber’s daughter.

With so much evidence and statements against the actress, Depp hinted that the father of Oonagh Paige Heard, Amber’s young daughter, who was born through surrogacy, is actually the billionaire’s daughter. Elon Musk.

Previous Tigers terrorize, kill and prevent events from being held in India: ‘Man-eater’
Next “Poor management”; Leila Pereira suffers a problem at FIFA that will harm Palmeiras at the last minute and twisted revolt on the web