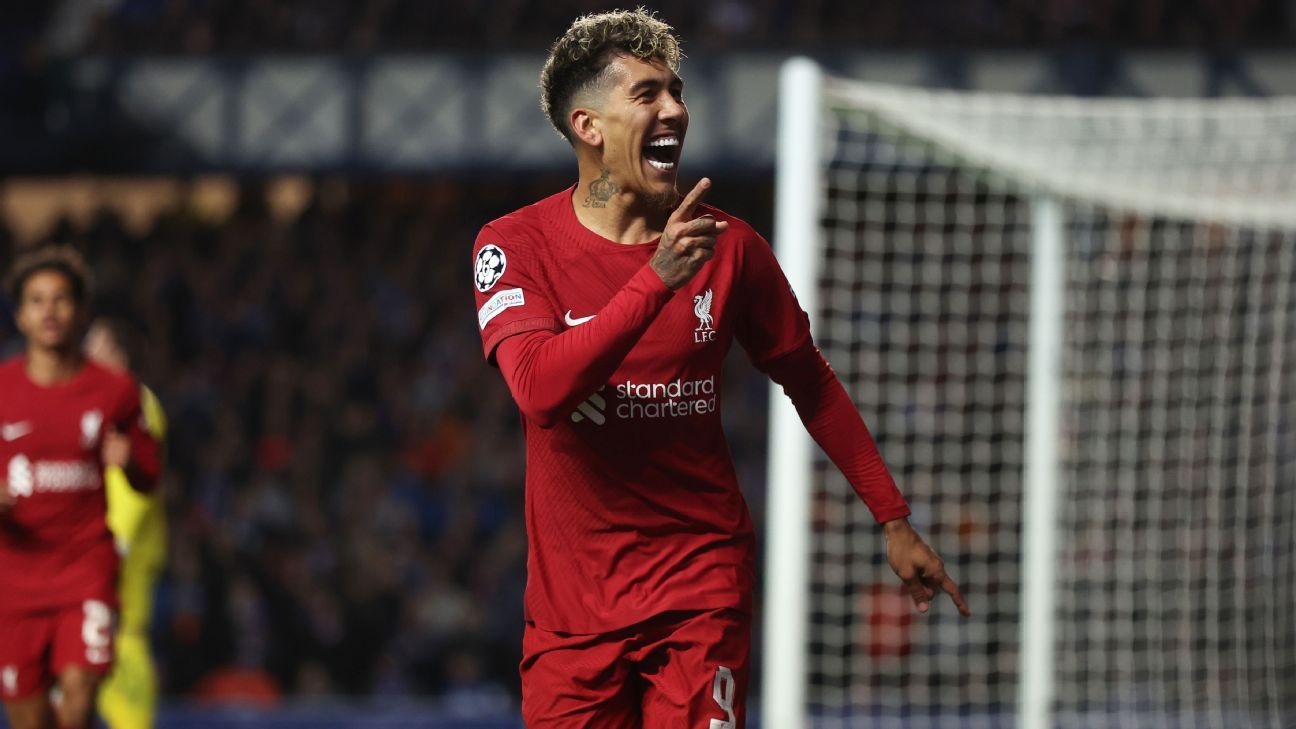 Firmino and Salah command rout, and Liverpool forwards the spot in the Champions League round of 16

With two goals and an assist from Firmino and a hat-trick from Salah, Liverpool beat Rangers and advance to the Champions League round of 16

For the fourth round of the group stage of the Champions LeagueO rangers received the Liverpool and was defeated comeback by 7 to 1, this Wednesday (12). The goals were scored by Firmino (twice), Darwin Núñez, Mohamed Salah (three) and Harvey Elliot. Arfield opened the scoring for the hosts.

With the victory, Jürgen Klopp’s team reaches nine points and forwards the spot to the round of 16. To guarantee themselves in the next phase without depending on anyone, Liverpool need a point in the last two matches.

Playing at home and needing the result, Rangers looked for the game more in the first minutes and managed to open the scoring. In the 17th minute, Ryan Jack managed a good pass in the middle of the opposing defense for Arfield to finish a low cross and make it 1-0.

After the opposing goal, Liverpool started to find themselves more in the game. Having managed to occupy the attacking field, the English had control of the actions and tied the match. At 24, after a corner kick by Tsimikas, Roberto Firmino climbed the first post and deflected it to make it 1 to 1.

After the equalizer, Klopp’s team continued to have more of the ball, but they didn’t manage to scare goalkeeper McGregor too much. Rangers, on the other hand, trying to combine speed and effectiveness in the attacks, also did not bring danger to Alisson’s goal. In this way, the tie continued until the end of the first 45 minutes.

In the second stage, in the first minutes, the English turn happened. At eight minutes, after a low cross from the right by Gómez, Firmino appeared free in the small area to finish firmly and make it 2 to 1.

Dominant after the comeback, Liverpool followed in the attack and scored one more. After a good collective move, Firmino managed and Darwin Núñez finished to leave the score at 3-1, in the 21st minute.

Nine minutes later, Salah turned the game into a rout. Coming from the bench, shirt 11 took advantage of a mistake by the defense, kept the ball on the side of the area and finished low to make it 4 to 1.

In the final stretch of the match, Salah scored twice in two minutes. In the 35th minute, after a good collective move on the right, the striker received and finished from the penalty area line to leave the game at 5-1.

Two minutes later, shirt 11 received a good pass on the right of the penalty area, carried it and finished the cross to leave the game at 6 to 1. At 42, Elliot also left his own, after hitting and hitting the area, and closed the match at 7 to 1.

With the result, Rangers remains unbeaten in the Champions League and is the bottom of the group.

Liverpool, on the other hand, reached nine points, consolidated in the second position of the group and need a draw in the next two rounds to guarantee themselves in the round of 16.

With two goals in the game, one in each half, and an assist, Roberto Firmino was one of the highlights of Liverpool’s victory in the Champions League duel.

Salah, who started on the bench, scored three times in six minutes and turned the victory into a rout.

Too bad: Rangers in the second half

After scoring the goal and managing to annoy Liverpool in the first few minutes, Rangers appeared not to take the field in the second half. Without being able to have the ball and go to the attack, the hosts did not make Alisson work in almost no moment of the final 45 minutes.

The two teams return to the field next weekend, in matches for the national championships.

Rangers will face the motherwell, on Sunday (16). Liverpool face the Manchester Cityon the same date, with live stream on Star+.

Previous Increase in bombing: what to expect from the new phase of the conflict between Russia and Ukraine? – News
Next Ukraine’s accession to NATO will lead to World War III, warns Russian leader 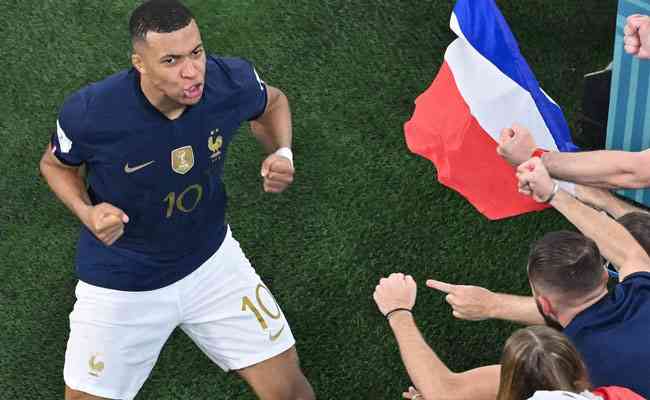