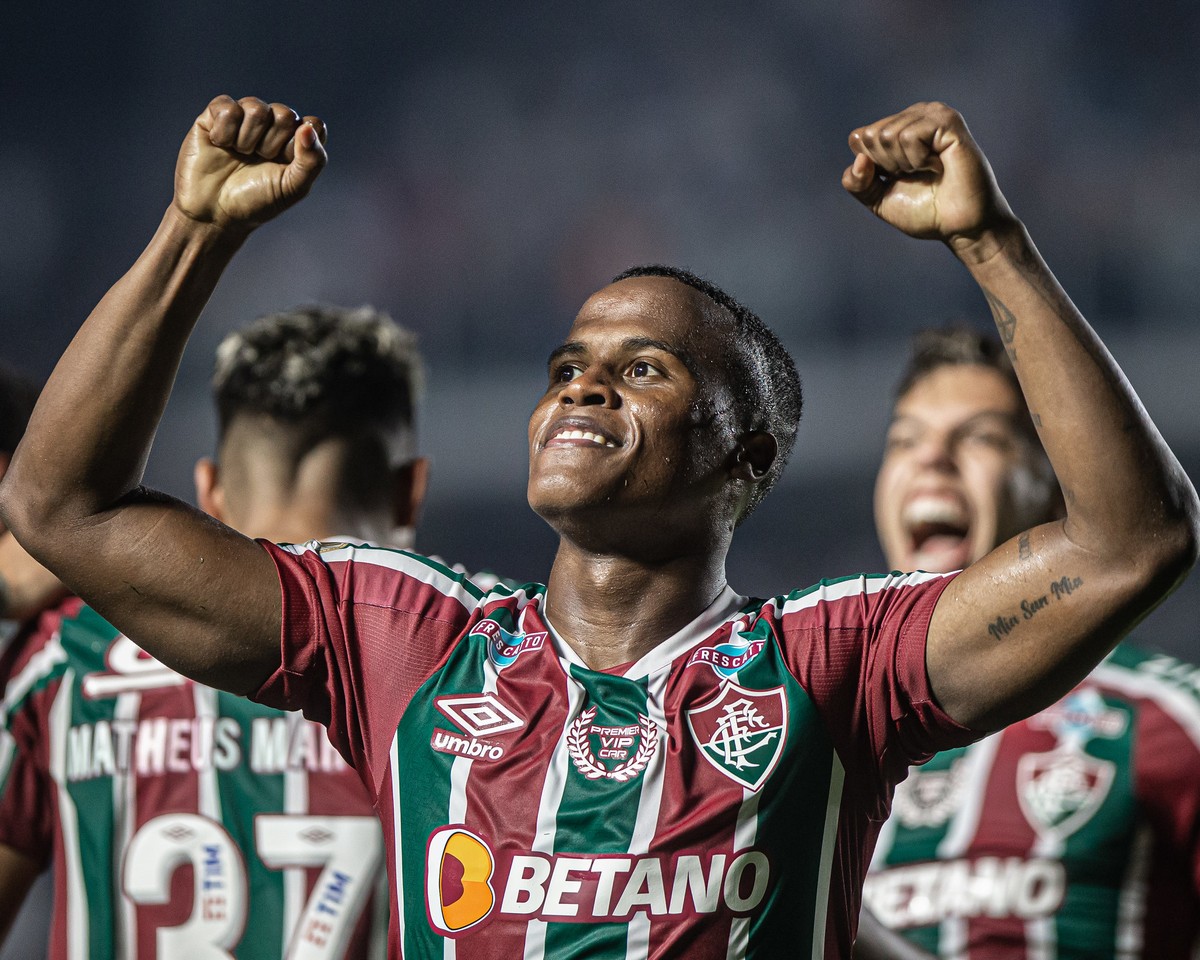 Fluminense pays the last installment of the hiring of Arias; other 50% of rights have no fixed value | fluminense

Fluminense paid this week to Patriotas, from Colombia, the last installment that was still open for the hiring of Jhon Arias, made in August last year. From the purchase in installments of 50% of the economic rights of the Colombian midfielder, in the amount of approximately US$ 600 thousand dollars (about R$ 3 million in the exchange rate at the time), US$ 35 thousand dollars (R$ 182 thousand) remained, as revealed. by Colombian journalist Salomé Fajardo on October 6th.

Arias celebrates one of his 17 goals with the tricolor shirt — Photo: Marcelo Gonçalves / Fluminense FC

With that, Fluminense officially became the owner of 50% of Arias and has decision-making power in case of proposals by the player, but will only have half the value of a sale. If you want to increase your share, you will have to open a new negotiation with Patriotas to buy another percentage of the economic rights, since the other 50% have no fixed price in the contract.

+ After days to “cool down”, Fluminense and Diniz resume work with an eye on Avaí

After having a discreet start with the tricolor shirt in the second half of 2021, Arias grew in production in 2022 and became Fluminense’s highlight of the season alongside Cano. So far, the Colombian midfielder has 30 direct participations in the team’s goals, with 13 assists and 17 shots on the net. At the age of 25, he was also called up and started in the renewal of the Colombia national team after being out of the World Cup. 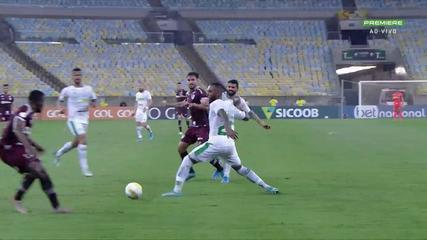 For the tranquility of the tricolors, Arias has a long contract, until August 2025. But he has already been drawing attention and having his name involved in speculation of possible transfers. At a press conference at the end of Augustthe Colombian midfielder was asked about the market and admitted that he had already received “surveys and offers”, but stated that he still does not think about leaving Fluminense:

– I am happy, living an important moment, I feel very happy here. There is nothing that takes my focus away from Fluminense, nothing that makes me think about leaving now. I think it’s normal when you have a good income to have polls, offers, interested people, but my total focus is here.

“The time will come to think, to see what is best for everyone, but today what’s on my mind is Fluminense. Of course, my childhood dream was to get to the national team, to Europe, everyone dreams of playing in the elite (world ), but at the moment it’s not something I visualize for now. I don’t know how long I’ll stay. I want to stay here a long time, but in the end it’s God who decides”.

Arias and Cano are the highlights of Fluminense in 2022 — Photo: André Durão / ge

Germany and Belgium at risk of falling out of the first round November 30, 2022 …