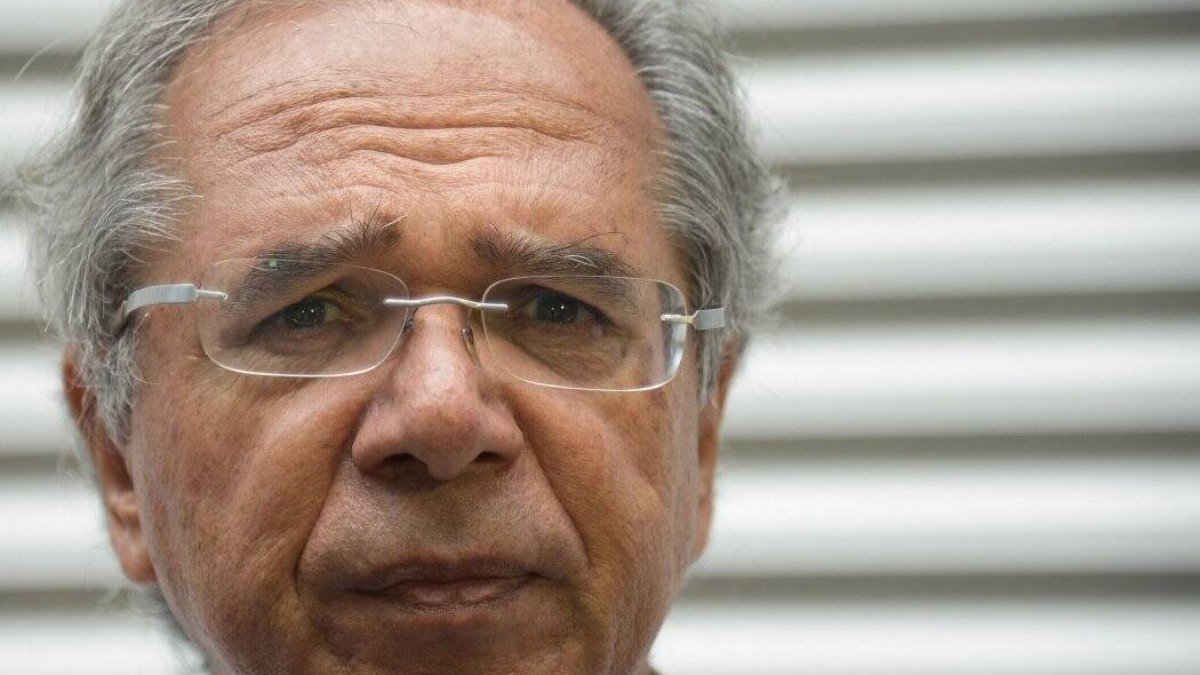 The Minister of Economy, Paulo Guedes, criticized this Wednesday (12) the IMF (International Monetary Fund) for an analysis by the entity alleging that Brazil’s social spending during the Covid-19 pandemic could be lower. For Guedes, the organ “needs to talk less nonsense”.

In the report, the Fund points out concern about the increase in poverty and food insecurity in the country and extols the importance of Emergency Aid – renamed Auxílio Brasil by President Jair Bolsonaro (PL), with an eye on the attempt to be reelected.

“Six months ago, everyone was saying that Brazilians are going hungry. Then the IMF says that spending could be lower. That’s what I say: the IMF has to talk less nonsense and work a little more to warn Americans, Europeans,” said Guedes, who is in Washington for an IMF meeting.

“While they are pulling our ear, Brazil is growing more, inflation is lower. I don’t believe that the IMF is ill-willed with Brazil, I think it’s really a technical error,” said the minister.

Brazilian inflation is at 7.17% in 12 months, above the target ceiling, which is 5%. Recent declines have been driven by government-controlled prices, such as fuel, for example.

Guedes also said he was “very proud” of the implementation of Emergency Aid.

“We created in the urgency of combating Covid and it ended up becoming Auxílio Brasil permanent now, and our social program went from 0.4% of GDP to 1.5% of GDP. poverty and social inclusion that the country has already made. If the IMF is thinking that we spent too much on social programs, it doesn’t understand why we are going to continue to spend this money on social programs”, he declared.

Criticism of the US and Europe

The Minister of Economy also scolded some developed countries on account of the appreciation of the real against the dollar and the euro, in addition to the fall in unemployment on the national scene.

“Regarding the US and Europe, it’s the third or fourth meeting we’ve had where I’ve warned that they’re way behind, they’re sleeping at the wheel. It’s amazing because usually IMF meetings are used to alert emerging economies to do the homework. I think they should look in the mirror because they are not doing a good job, they are far behind in the fiscal, in the monetary policy. The effect is that inflation is skyrocketing”, he analyzed.

Europe and the United States face high inflation because of costs related to the war in Ukraine. In the US, in the 12 months through August, consumer prices jumped 8.3% in the country.

As a result, the Federal Reserve (Fed), the US central bank, raised interest rates for the fifth time this year, at the end of September, to a range of 3% to 3.25%.

The eurozone recorded a record 10% inflation in the 112 months to September.

In the case of Europe, it was no different, to control the rise in prices, the European Central Bank intensified its monetary policy with a 0.75 percentage point increase in basic interest rates.

Guedes also said that international institutions should “stop” the war in order, among other things, to reduce inflation on food and energy.