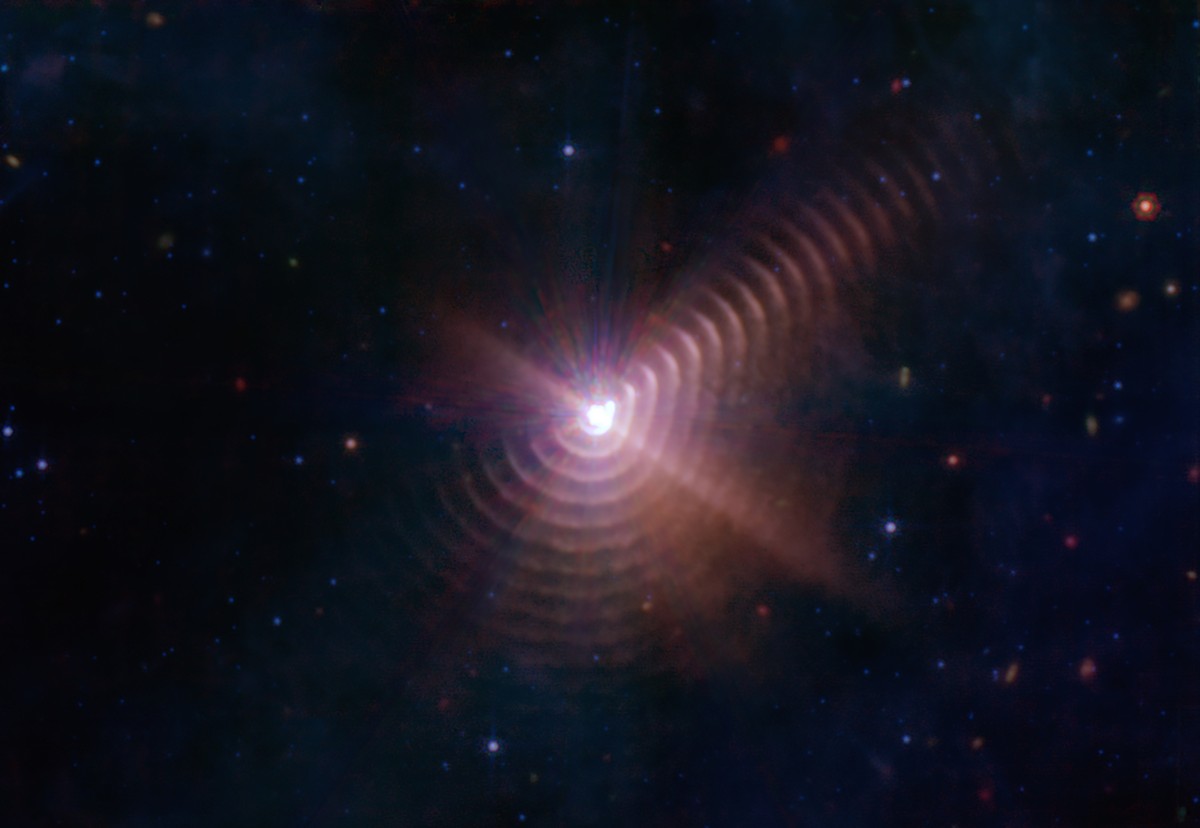 An image that captures over a century of space dust production. This is what the new record of the James Webb Space Super Telescope reveals, an international collaborative project between the space agencies of the United States, Europe and Canada. (look above).

According to NASA, the US space agency, the unpublished photo shows a unique and special cosmic vision: at least 17 dust rings created by the “space dance” of two stars far away from us, 5,000 light years away from Earth.

While other clusters across the Universe emit gas and dust, the $10 billion super-telescope’s sighting was quite special because it revealed, for the first time, what NASA calls the “fingerprint” of this star system, the Wolf-Rayet 140.

As the two stars have entangled orbits, during the pair’s periods of approach, their stellar winds (flows of gas emanating into space) meet and form this special ring pattern.

Also according to NASA, as this happens once every eight years, each dust ring in the image was created as the stars approached and their stellar winds collided.

“These dust rings are like the growth rings on a tree trunk that mark the passage of time,” says NASA.

Telescopes here on Earth had already made records of the system, but they revealed at most 2 rings of this space dance of the WR 140 (a rare type of star at the end of its life) with its neighbor, a star of class O (approximately 30 times the mass of our Sun).

The astronomers responsible for the new study released by NASA argue that studying these formations is important because systems similar to this one may have played a key role in the formation of stars and planets in our Universe.

That’s because these stars lose so much mass that they also eject more complex elements normally found in the depths of a star, such as carbon.

An illustration shows the two stars compared to our Sun. — Photo: NASA/Disclosure

“Despite the fact that Wolf-Rayet stars are rare in our galaxy because they have a life, it is possible that they produced a lot of dust throughout the galaxy’s history before exploding and/or forming black holes,” says Patrick Morris, an astrophysicist co-author of the study.

It is even possible that our own Sun formed with the help of a Wolf-Rayet star. 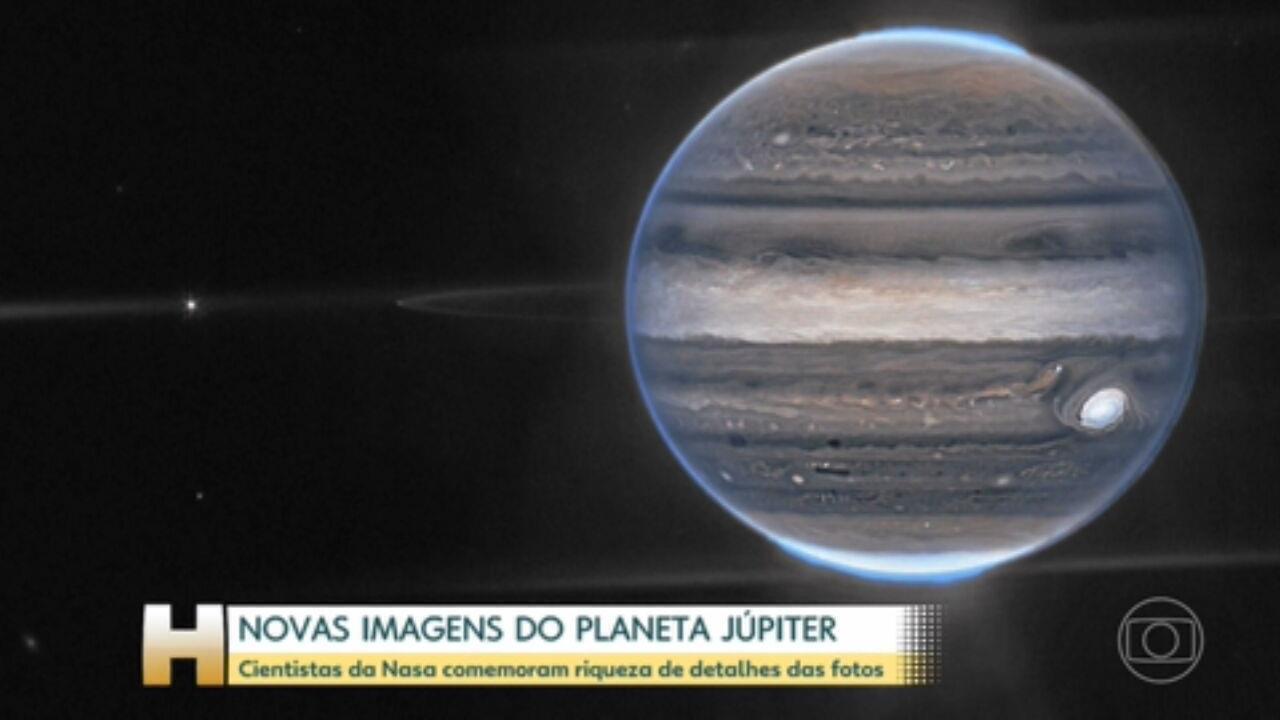 Also according to NASA, in the new image released by the super telescope there are probably even more rings that have become so faint and scattered that even Webb has not been able to detect them.

“I believe that with James Webb we will learn a lot more about how these stars shape material between stars and trigger the formation of new stars in galaxies,” Morris added.