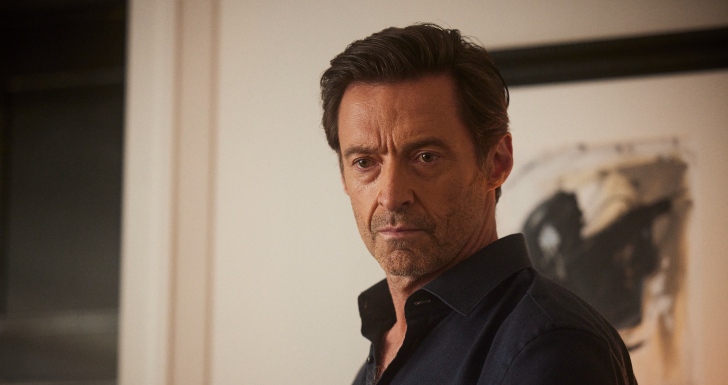 Hugh Jackman stands out in “The Son” with one of the best performances of his career, in a very powerful and inducing way of several tears and chest tightness.

One of the most common stereotypes associated with film critics is the supposed emotional detachment from characters and events taking place on the big screen. “Heartless robot” is a description I’ve witnessed thrown at a number of journalists, but with the growth of the online moviegoing community, this misconception has lost value. The Father remains as the last maximum score I gave to a film precisely because it deeply impacted me on a personal level, so expectations were very high for The Sonthe “sequel” of Florian Zeller which has garnered a very divisive response from the industry. Fortunately, I fall on the very positive side.

As in his previous film, Zeller keeps the action of The Son in the interiors. All scenes take place inside apartments, houses or offices, and on the rare occasions that viewers are taken outside, such moments do not last more than mere seconds. This creative decision puts the filmmaker again in an arduous position to capture the audience’s attention through the performances of the cast, the connection with the characters and the respective dialogues. If there are works that manage to “hide” the narrative problems with overwhelming visuals, this type of storytelling doesn’t benefit much from phenomenal technical aspects if the two pillars of any film project have serious flaws.

I’ll go straight to the film’s most divisive point, related to the protagonist and the target audience. The Son it depends tremendously on the perspective from which the audience looks at the story. Whoever decides to look at the unfolding of the narrative exclusively through Nicholas’ eyes (Zen McGrath), the son of divorced parents with mental health problems, may find it difficult to understand the purpose of the argument or the message that Zeller wants to convey. There is no doubt: The Son is a provocative, sad, depressing, frustrating work with multiple trigger points that will inevitably make many viewers uncomfortable or even inconsolable.

However, there is a big difference between what the audience wanted the film to address and what the filmmaker always had in mind. I do not consider the comment “the work is about this, but it should be about that” a fair and correct criticism. The Son seems to be suffering a lot from this type of argumentation. Indeed, there are films that deceive or confuse viewers with the plot itself, either by regularly changing their main theme or by not making it clear who the protagonist is that we should follow more closely. Even so, I argue that many cases are similar to this work by Zeller. in no time The Son Stop being a warning story about and for (absent) parentsfocusing mainly on Peter (Hugh Jackman).

Zeller delivers an essential message about the impact that parents’ actions – or lack of them – have on their children.. The Son demonstrates in a brutal and extremely shocking way what can be the consequences of the lack of affection, attention, understanding and presence in the children’s lives, especially when they are in a difficult phase, be it something superficial like a bad day at school or something heavier that involves deeply emotional or health problems. The lack of impartiality and rationality with which many parents deal with their children’s problems creates blind spots, where the former are unable to observe in the latter what, from the outside, seems obvious.

On the one hand, Peter is a father driven by professional ambition and, as such, his parental presence leaves something to be desired. On the other hand, his ex-wife Kate (Laura Dern) does not seem to have the ability to connect with her child, even feeling genuinely afraid of living with her child. In the midst of it all, new girlfriend and mother Beth (Vanessa Kirby) tries to adapt to the constant changes in her life, but she is the only one capable of looking at Nicholas and realizing that something is wrong. She is the only one with enough emotional detachment to observe the situation fairly and realize that greater care is needed. And this is where Zeller’s fascinating dialogue and interactions come in.

Jackman and Kirby offer superb performance, while Dern and McGrath are a few levels below – some more emotional lines sound forced, curiously more from the actress whose tone of voice, at times, seems too corny, almost as if she was being sarcastic. Regardless, the cast works brilliantly together, generating a truly tense atmosphere in each dialogue. However, Jackman deserves the full spotlight. I’m uncertain as to whether this is the best performance of his career, but he is by far the best Jackman since prisoners – ignoring his adventures as Wolverine.

The actor carries all the sequences in which he is present for the entire duration of The Son, and there are few scenes without it. Along with the events of the unforgettably traumatic third act, Jackman is one of several emotional triggers that will make the vast majority of viewers cry. Once again, I emphasize the note that the work is, in fact, a warning story focused on parents and the inappropriate treatment of their children, something that could lead to gradually more serious consequences. Even though, Zeller should have approached the issue of mental health in a more educational and up-to-date wayas Nicholas’ arc not only adds nothing to the theme, it can inadvertently recover prejudices about clinical methods used.

To conclude, honorable mention for the soundtrack of Hans Zimmer. More subtle than usual, but with the same powerful impact in the most sensitive moments. Also Anthony Hopkins deserves praise, despite having a little more screen time than a cameo. Considering the importance of his character – Peter’s father – and how much it has an impact on the personality that his son develops, the only scene in which he is present knows little. There was room to delve further into this relationship, as did Nicholas’s development.