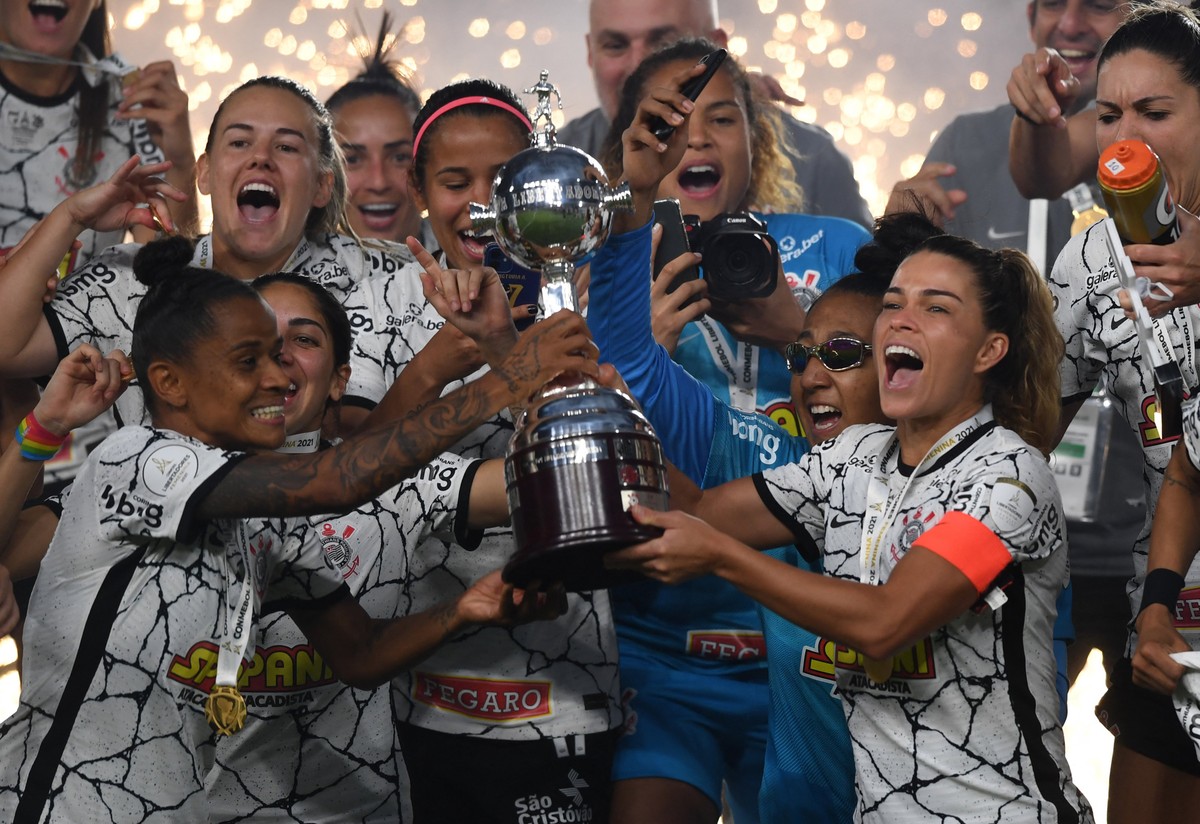 The Women’s Copa Libertadores starts this Thursday in Quito, capital of Ecuador, in the face of a legacy of popularity in South American countries. Brazil, Argentina, Colombia and Peru have recorded attendance records for matches between clubs this season.

Important and traditional shirts took representative numbers of fans to stages such as Neo Química Arena, Pascual Guerrero (in Cali) and La Bombonera (in Buenos Aires), overturning obsolete theories about the supposed lack of interest in the sport.

On the field, in the competition that will be held between October 13 and 28, Corinthians, Palmeiras and Ferroviária represent Brazil, a country that assumes a role of hegemony in the competition. There are 10 trophies in 13 editions for Brazilian teams.

+ See the complete table of the Women’s Libertadores 2022

In the 2022 edition, Conmebol brings together 16 teams in Quito to compete for the trophy won last season by Corinthians, which also arrives as a big favorite for the current dispute.

The games will be broadcast from sportv from this Thursday, with Ñañas-EQU x Ferroviária (sportv 3) and Corinthians vs Deportivo Cali (sportv).

The 16 clubs were divided into four groups with four teams. The top two from each bracket advance to the quarterfinals, a stage that opens the knockout stage.

How do Brazilians arrive?

Current champions of Libertadores and Brasileirão, the team led by Arthur Elias lands in Ecuador as the team to beat. In addition to the winning group, the coach will also count on Luana, the team’s midfielder who, recovered, will be able to debut for Timão.

In the stands, support is only growing for the country’s top team at the moment. In the final of the Brasileirão against Internacional, in September, more than 41,000 fans were at the Neo Química Arena for the fourth Alvinegro title.

Eliminated by Corinthians in the Brasileirão and in the face of a controversy with the now ex-defenders Agustina and Thais, Palmeiras debut in the women’s Libertadores in the year of greatest investment in the squad and with the aim of providing answers.

The main hope of Verdão is under the responsibility of Bia Zaneratto, who starts as a candidate for star of the competition. It’s a reinforced squad that comes in as one of the favorites for the trophy.

Eliminated early in the quarterfinals of the Brasileirão, Ferroviária has tradition as a weight in the competition. Champion in 2015 and 2019, the team from Araraquara disputes the tournament for the fourth time in a row.

There are 11 athletes in the group who have already been champions for the club in the most important competition on the South American calendar. Within this relationship is the experienced goalkeeper Luciana, a highlight for years in the country and constantly present in Pia Sundhage’s group in the Brazilian team.

The last Copa América, which ended with Brazil’s title after a meager victory over Colombia, gave an example of the growth of Colombian football on the continent. Thus, América de Cali and Deportivo Cali arrive in Ecuador as two candidates for the final stages and with popular support.

Before Corinthians x Inter took more than 40,000 people to the Neo Química Arena, the attendance record for club matches in South America belonged to the Cali derby played in June, for the Colombian final. More than 37,000 witnessed America’s victory in the Pascual Guerrero.

Popular support also has Alianza Lima, which arrives at Libertadores as a two-time Peruvian champion and after taking more than 30,000 people to the final of this season’s local championship.

Boca Juniors is another team to come on high for popular support in the country. In September, more than 25,000 people were at the Bombonera to honor the victory over UAI Urquiza, which won the Argentine title for the “Gladiadoras”.