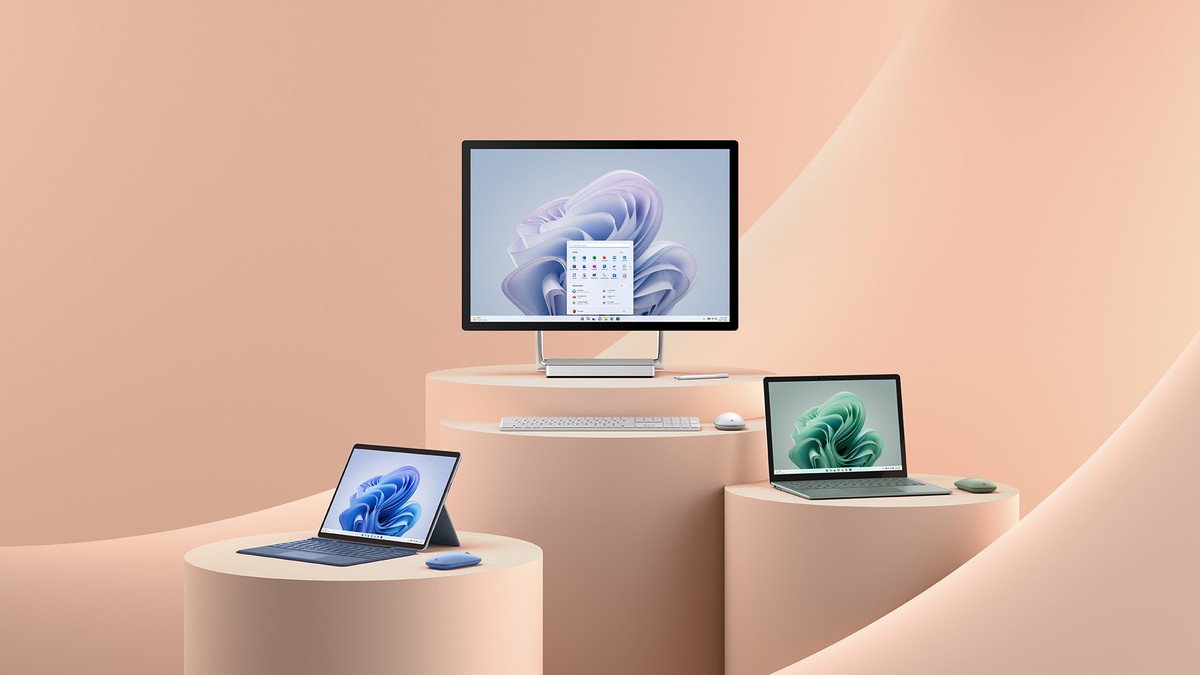 The main novelty is the Surface Pro 9 model with 5G connection, which will use an ARM chip similar to that of mobile devices, in addition to the addition of the Thunderbolt 4 input on all computers. There is no release date for the devices in Brazil.

Both the Surface Pro 9 and the Surface Laptop 5 are expected to hit the US market in October, with prices starting at US$999 (about R$5,230, at the current rate, excluding taxes). The Surface Studio 2+, which has not yet had a release date announced, will cost US$ 4,299 (approximately R$ 22,513). Check out the details of Microsoft’s new Surface computers below.

The new version of the 2 in 1 notebook from Microsoft (that is, which can also be used as a tablet) has a new model with a 5G connection. It has the ARM SQ 3 processor (produced in partnership with Qualcomm) and has slightly different specifications from the traditional version. Among them are an exclusive artificial intelligence (NPU) chip, GPS location and a larger battery, up to 19 hours of battery life, according to the manufacturer’s promise.

On the other hand, the new model with 5G will not have the same performance as the standard, which uses 12th generation Intel Core i5 and Intel Core i7 chips (Alder Lake), in addition to Dolby Atmos support and USB-C 4.0/Thunderbolt 4 input. In common, both come with a 13-inch PixelSense capacitive display, 120 Hz refresh rate and Dolby Vision IQ support, and new color options.

Unlike the Surface Pro 9, the Surface Laptop 5 calls attention for an absence: the new generation of ultrabooks from Microsoft will no longer have the option of AMD processors. Now, the 13-inch and 15-inch models will only be powered by 12th-gen Core i5 and i7 chips.

For the rest, the Surface Laptop 5 has a Thunderbolt 4 input, Wi-Fi 6 connection and a battery life of up to 18 hours. Both models use PixelSense capacitive display with 120 Hz refresh rate and Dolby Vision IQ support. In addition, the ultrabook has Dolby Atmos compatible speakers, a headphone jack and new color options for the 13-inch model.

The latest version of Microsoft’s all-in-one computer was released four years ago, so a hardware upgrade was much needed. However, unlike the portable models, the Surface Studio 2+ was announced only with an 11th generation Intel Core i7 processor (Tiger Lake), released in 2021. On the other hand, the PC has the Nvidia GeForce RTX 3060 graphics card with memory 6GB GDDR6 VRAM.

Another novelty is the USB-C 4.0/Thunderbolt 4 input, which allows you to add up to three 4K screens. There are also improvements to the 28-inch PixelSense capacitive display, with Dolby Vision support, 4,500 x 3,000 pixel resolution and automatic color calibration.