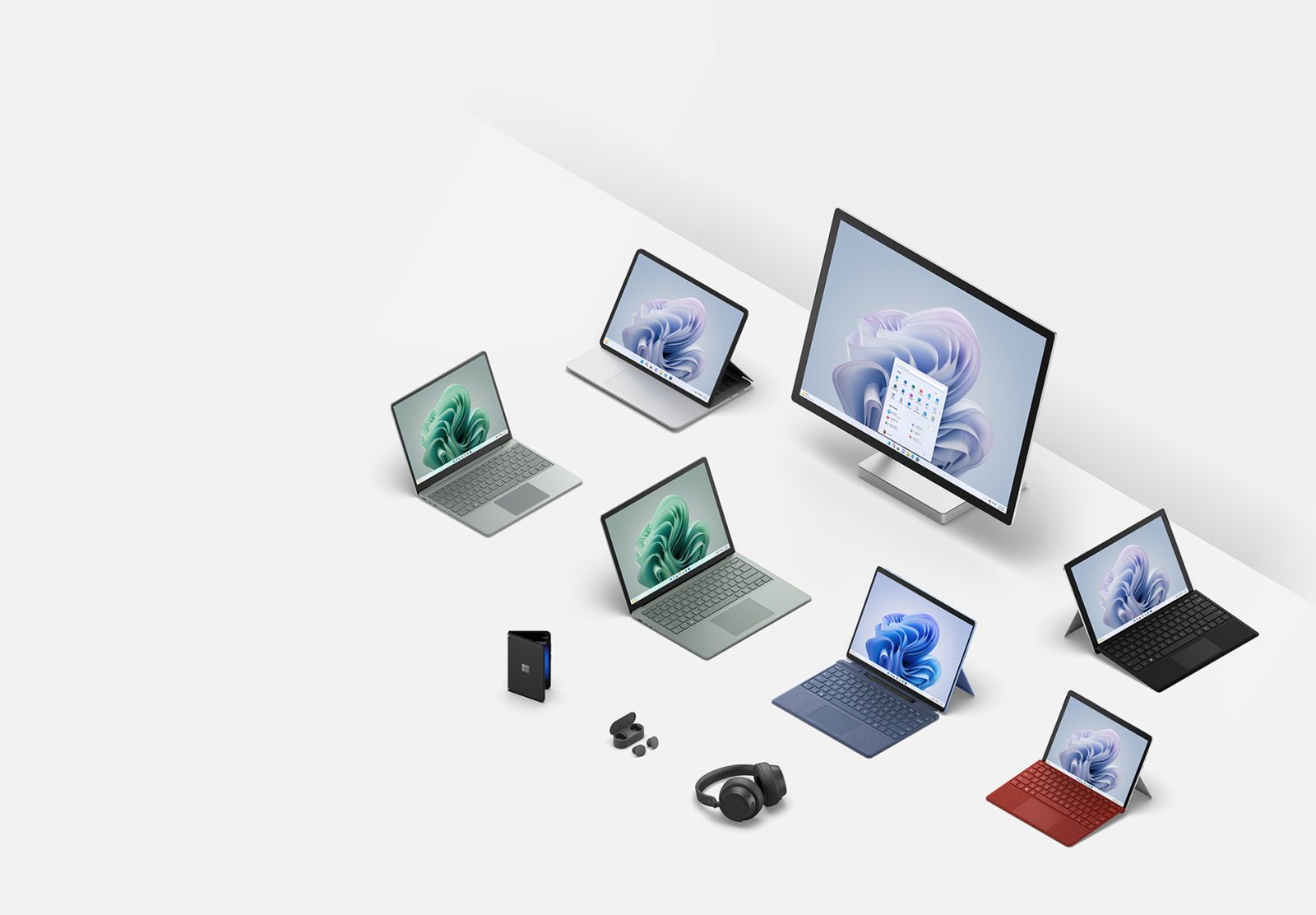 In addition to announcing that iCloud Photos, Apple Music and Apple TV will come to Windows 11, as well as the Apple Music app for Xbox, Microsoft also announced new devices from its lineup today. surface. It’s about the computer Surface Studio 2+of Surface Pro 9 It’s from Surface Laptop 5.

All have interesting new features, certainly designed to compete with Macs. Shall we check the details of the new devices?

Microsoft’s 28-inch touchscreen “giant screen” has gained mostly internal upgrades over the last model, which launched four years ago. The new version of the all-in-one features an Intel Core i7-11370H processor, which may disappoint some users, as it is already a generation that is almost two years old. The company’s justification was to bring the product to market faster, as told by the The Verge.

Despite this, we have better news in terms of GPU1. Studio 2+ features an NVIDIA RTX 3060, with 6GB of VRAM, promising 50% better performance. Although it has good capabilities, the hardware still has the limitations of the notebook structure, on which the device is built.

The display follows with 28″ and a resolution of 4500×3000 pixels. An interesting novelty is that it gained three Thunderbolt 4 ports, with support for 4K displays — it seems that Microsoft has abandoned the insecurities regarding the port. The machine has only one configuration, with 32GB of DDR4 memory and 1TB of storage. the price is US$4,300 or US$4,500 with the stylus pen, keyboard and mouse.

With the new version of the main and oldest product in the line, Microsoft has unified the Surface Pro and the Pro X. In this way, we have two models: one with a 12th generation Intel Core processor and the other with an SQ3, which uses ARM architecture and has 5G support. Despite fears about app compatibility and system functionality, the The Verge stated that, in the short time of testing, he did not notice any serious flaws in this regard.

We also have hardware resources such as a neural processing unit, capable of 15 trillion operations per second. It provides functions such as background blur and Voice Focus, able to remove background noise when using the microphone. Next to it, there is the G6 chip, which helps in the detection of tactile signals.

The display is 13 inches, with PixelSense technology, a resolution of 2880×1920 pixels and a refresh rate of 120Hz. The Intel model supports Dolby Vision IQ. It also weighs a little less: 879 grams against 883g for the model with the SQ3. The new color options, such as green and blue, are also not available in the 5G version. There’s even a version with laser-engraved floral designs.

The biggest news of what Microsoft calls “our most beloved Surface” revolves around the end of AMD processors and the introduction of Thunderbolt 4 ports. According to the company, the idea was to focus on delivering the experience of the 12th generation of Intel processors, as told to The Verge — which only raises the question of the 11th generation in Studio 2+.

The Surface Laptop 5 follows with two models: one with a 13.5″ screen (2256×1504 pixels) and i5-1235U processor; another with a 15″ screen (2496×1664 pixels) and i7-1255U chip already in the most basic version, which is available for upgrade in the smaller model. The graphics are on account of the Intel Iris Xe GPU and the display is touch sensitive, in addition to also having Dolby Vision IQ.

We have a new color for the 13.5″ model, a darker shade of green; the larger one will only be available in black or silver. Storage starts at 256GB and memory at 8GB, going up to 1TB and 32GB LPDDR5x. As said, there was also the introduction of Thunderbolt 4 ports, great news for those who want to use high resolution monitors and/or transfer files with greater speed.

Microsoft also introduced some accessories in addition to those already sold with the devices, such as a slideshow and an audio dock. It was also demonstrated a design software integrated with Microsoft 365 that uses artificial intelligence.

Previous “Only outside on the field those…”; Ceni opens the game and gives the reason why he doesn’t put Galoppo, Bustos and +1 among the starters
Next 5 redemption suggestions at Smiles for 4,500 miles