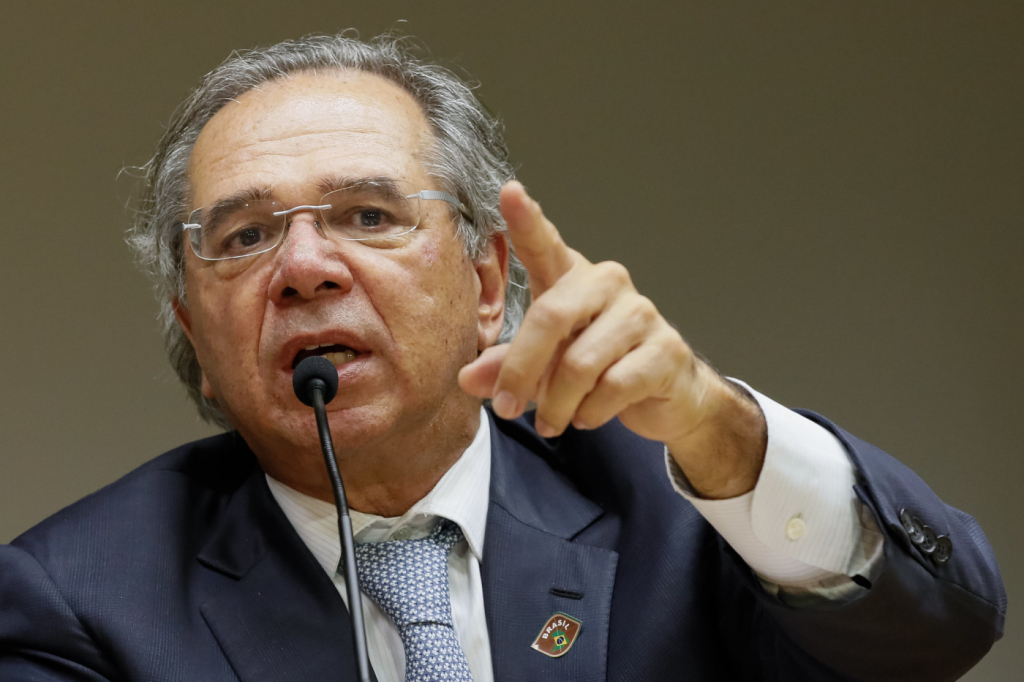 Isac Nóbrega/PR – 05/06/2019Paulo Guedes is the current Minister of Economy of the Bolsonaro government.

The Minister of Economy, Paulo Guedesis in United States for annual meetings of International Monetary Fund (IMF) and event of the world Bank. In a press conference held this Tuesday, 11, he again criticized the forecasts of analysts at the IMF and assessed that the body must reorient and strengthen its macroeconomic and financial analysis, surveillance and policy advice to fully restore the ‘lost credibility’. . The economist said that Brazil is out of sync with the rest of the world: “Brazil is institutionally strengthened. Brazil is recovering faster. They talk about how bad it is here [EUA], inflation is going up, and how worried they are about the situation here”. The minister also spoke about the importance of alternating power in the Inter-American Development Bank (IDB): “Brazil would like it to be a Latin American. Brazil would like it to be a five-year term. Brazil would like you to be an extremely competent person with experience in the public and private sectors, successful in both”.

Guedes lamented the war in ukraine, which disrupts the global economy and affects the most vulnerable, and highlighted that the meeting with the World Bank brought up important points for investment: “In the same agenda of concern that we had in the morning, with the Ministers of Finance and Agriculture, the World Bank has been an important agent for these investments in limiting security, energy security and the decarbonization of the economy”. The IMF published this Tuesday the update of its global economy monitoring report and raised the growth expectation for Brazil’s GDP in 2022 to 2.8%, an increase of 1.1% compared to the July edition. For 2023, the projection is for growth of 1%, a decrease of 0.1% against the previous projection. Even with better results, Brazil’s economy lags behind the global and regional growth average.