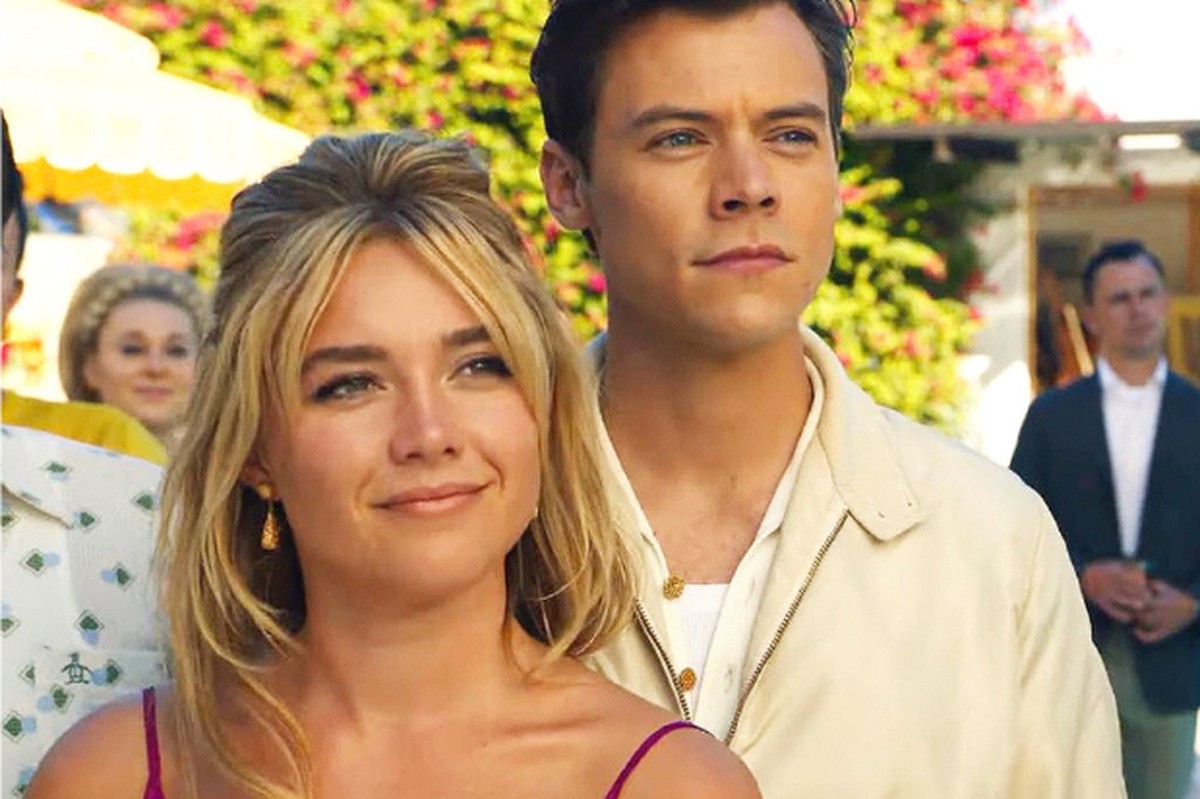 Even before its premiere, the film Do not worry, deardirected by Olivia Wilde, has already given you something to say. Starred by Florence Pugh and Harry Stylesthe feature, which hits the screens this Thursday (22), accumulates controversy.

The drama, set in the 1950s, features Alice (Florence Pugh), a housewife who lives in the Victory community. In it, she begins to suspect that her husband Jack’s (Harry Styles) company is hiding disturbing secrets.

With a suspenseful plot and a great cast, the film was among the most talked about subjects on social networks amid rumors of confusion behind the scenes. Among layoffs, rumors of betrayals and fights, we list the main controversies surrounding the feature.

On September 5, the film premiered at Venice Festival, where one of the biggest controversies among the cast took place. On social media, a video in which Harry Styles allegedly spit on Chris Pine went viral, which generated several comments. After the great repercussion, the representatives of the actors denied what happened.

A representative for Pine told the magazine people: “This is a ridiculous story. A complete fabrication and the result of a strange online illusion that is clearly misleading and allows for silly speculations. Just to be clear, Harry Styles didn’t spit on Chris Pine. There is nothing but respect between these two. men and any suggestion to the contrary is a blatant attempt to create a drama that simply does not exist”.

Shia LaBeouf would be the protagonist

At first, the role of Jack would be Shia LaBeouf, but at the beginning of filming, in 2020, he left the project being replaced by Harry Styles.

At the time, Olivia Wilde said that the actor would leave the project due to a scheduling conflict, while rumors circulated that he would have been fired for ‘bad behavior’ and for having fought with Florence. In August of this year, Wilde gave an interview to the magazine Varietyand gave more details about what happened.

“His process was not in keeping with the ethics I demand in my productions. He has a process that, in a way, seems to need a combative energy, and I personally don’t believe that is conducive to better performances. that creating a safe and reliable environment is the best way for people to do the best job possible. Ultimately, my responsibility is to protect the production and the cast,” explained the director.

After the publication of the article, LaBeouf sent the vehicle e-mails, prints and even videos to Varietyto prove he wasn’t fired: “You and I both know why I left the movie. I resigned because your actors and I couldn’t get a rehearsal time,” read the email sent to Wilde.

“My resignation never happened, Olivia. And while I understand that it’s attractive to push this story given the social landscape, that’s not true. So I humbly ask you, as someone who is interested in doing the right thing, that you correct this narrative.” as best you can. I hope none of this negativity gets to you, and that your movie succeeds the way you want it to.”

The actor even uploaded a video in which Olivia asks him not to leave the film, and quotes Florence: “I feel like I’m not ready to give up yet, and it breaks my heart. Miss Flo, and I want to know if you’re willing to try it with me, with us. If she compromises and you can make amends. I respect your point of view and hers. What do you think?”

Disagreements between Olivia and Florence

The video released by Shia fueled rumors that Olivia Wilde and Florence Pugh were in friction. Florence did not attend several events of Do not worry, dearbut his publicist says that his absence happened due to the filming of dune 2.

In addition, the actress, who has a habit of publicizing her projects on social networks, has published almost nothing about Olivia Wilde’s film.

In August, a source told Us Weekly that the artists had some disagreements “Florence and Olivia had a lot of personal and professional disagreements, that’s why Florence is not doing any publicity for the film”, he explained.

There were even rumors that Florence, even though she was the protagonist of the film, would be receiving a lower salary than Styles. The website Showbiz Galorewithout citing any sources, disclosed that the actress was paid $700,000 for her role, while Harry was paid $2.5 million.

In an interview with VarietyOlivia denied the allegations: “I’m a woman who’s been in this business for over 20 years, and it’s something I’ve fought for myself and others, particularly being a director. There is absolutely no validity to these claims.”

The film was shot between late 2020 and February 2021, and in November 2020, Wilde announced that her nearly 10-year relationship with actor Jason Sudeikis had ended. The couple had two children: Otis, 7, and Daisy, 5.

American tabloids pointed out that Styles was the pivot of the split. In 2021, Olivia and Harry were seen holding hands for the first time at businessman and singer Jeffrey Azoff’s wedding in California.

So far, neither of them has taken on the relationship and remains more discreet. Still, the two have been spotted several times walking hand in hand and Olivia often accompanies Styles to shows on his tour, Love on Tour.

In April of this year, Olivia was surprised to receive custody documents for her children during the film’s event in Las Vegas, which raised suspicions that the separation did not happen in an amicable way.

At the event, the trailer for Do not worry, dear was shown for the first time, and during Wilde’s presentation, a legal representative of Jason Sudeikis handed over the documents to the director.

Upon receiving the envelope, Olivia asked if it would be for her, and after reading what it was about, she continued the presentation. 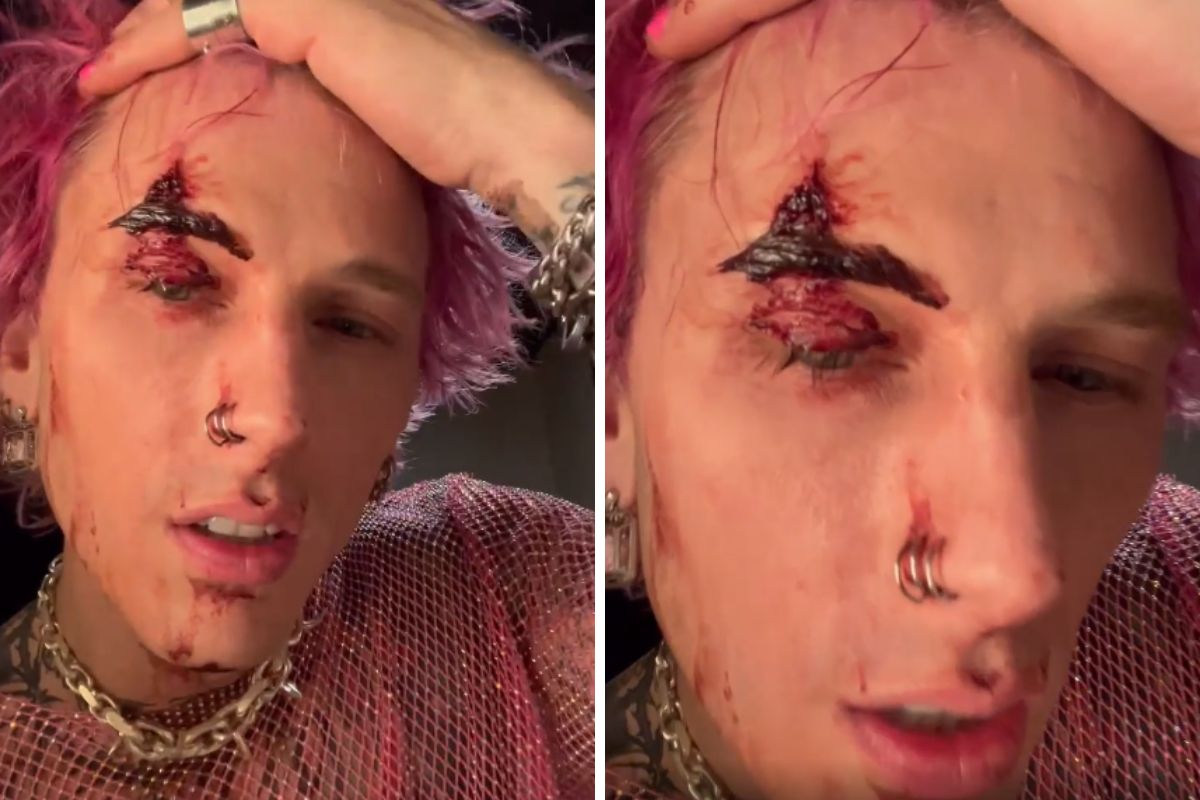